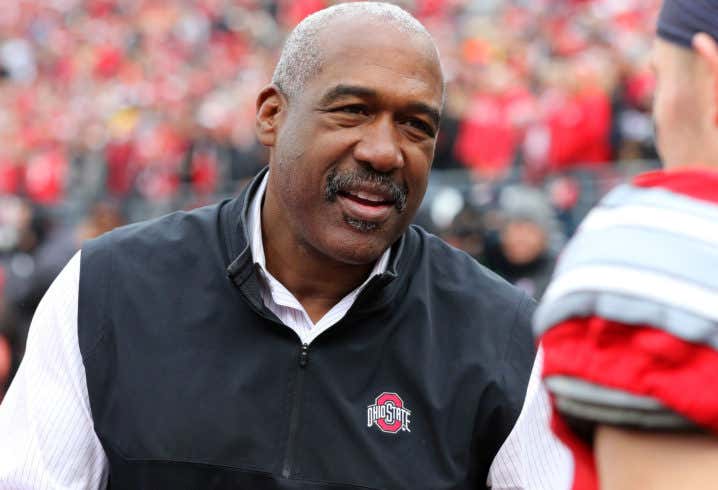 Just when you thought the Urban Meyer-Ohio State domestic violence situation couldn’t get any more absurd: 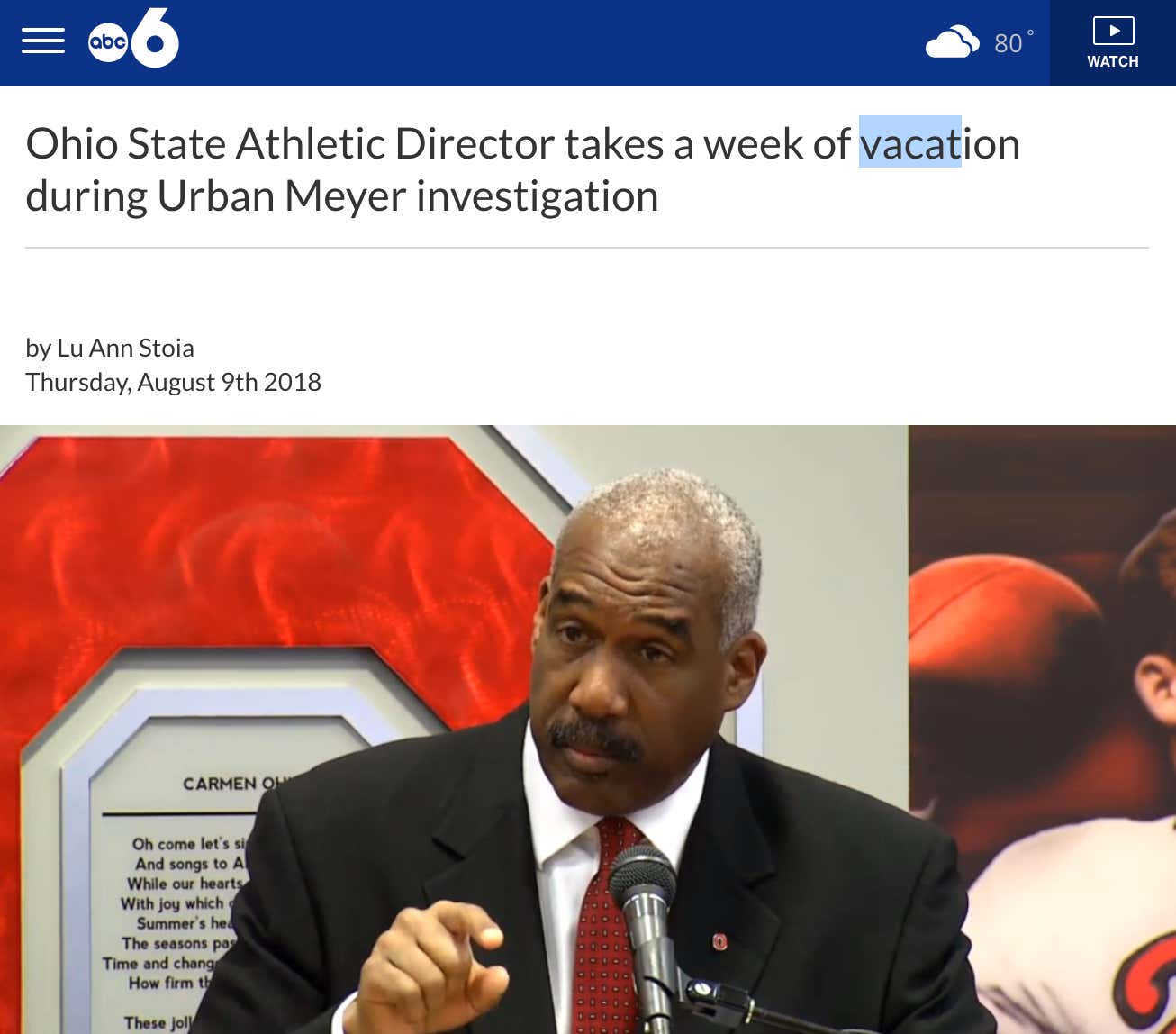 ABC 6-Ohio State University Athletic Director Gene Smith is taking a week of vacation and is out of the office, according to Ben Johnson, Director of Media and Public Relations.

Put this headline next to the word “absurd” in the dictionary. KFC Radio may need to hold a special ceremony to induct Gene Smith into the mail time hall of fame.

I’m sure this vacation was planned before the whole Urban Meyer situation arose, but vacations have been canceled before for much less serious issues. I was wondering where Gene Smith was in this whole mess. I guess I should’ve known he was on vacation.

Here is a quick recap of the Urban Meyer “investigation,” so far:

-A 14-day timeframe has been put on this “thorough” investigation. There are just 9 days left.

-3 members of the Ohio State Board of Trustees are on the team of “independent” investigators.

-Zach Smith has not been contacted by the investigators left: 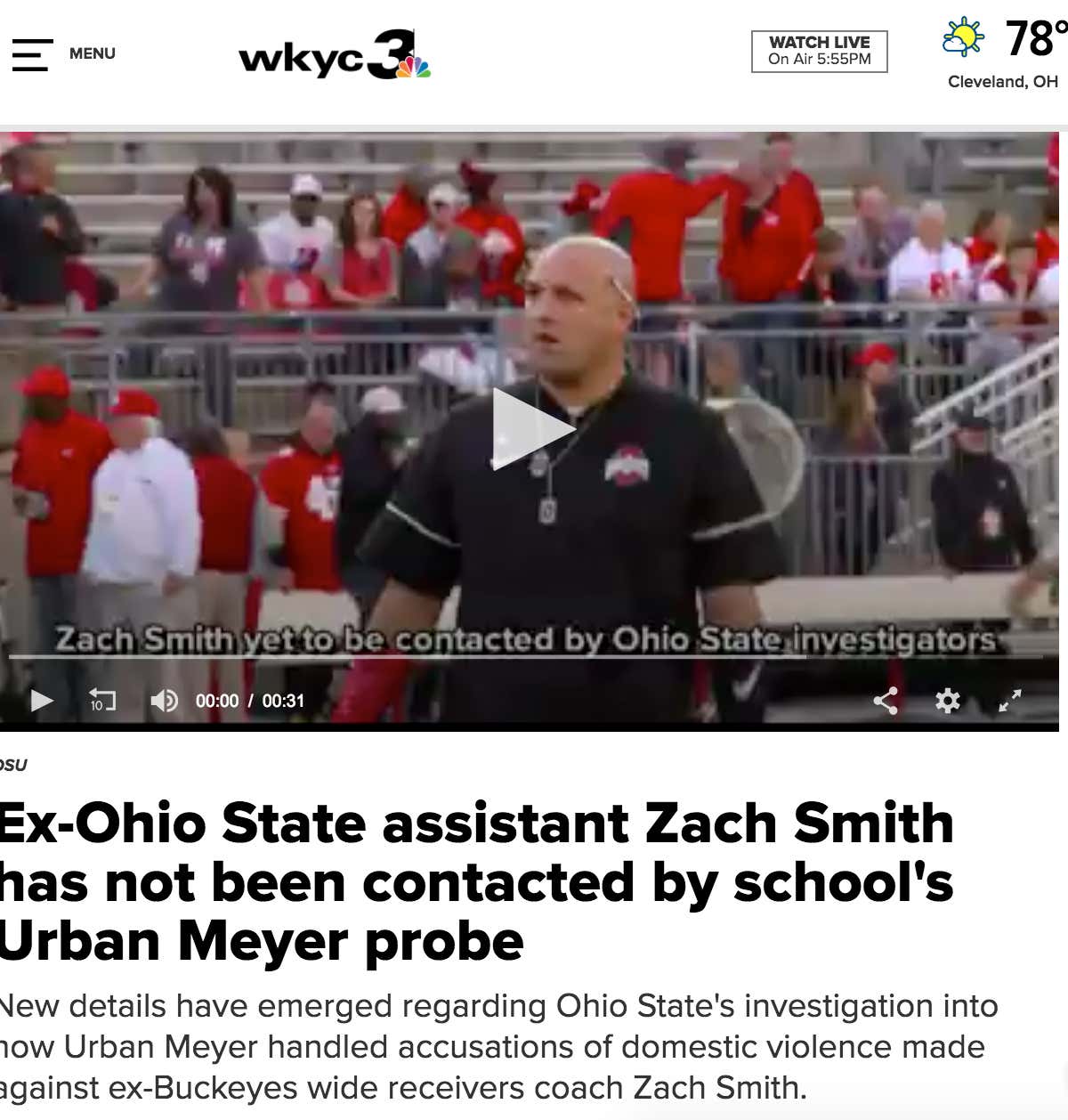 What a weird, weird story this whole thing has been.