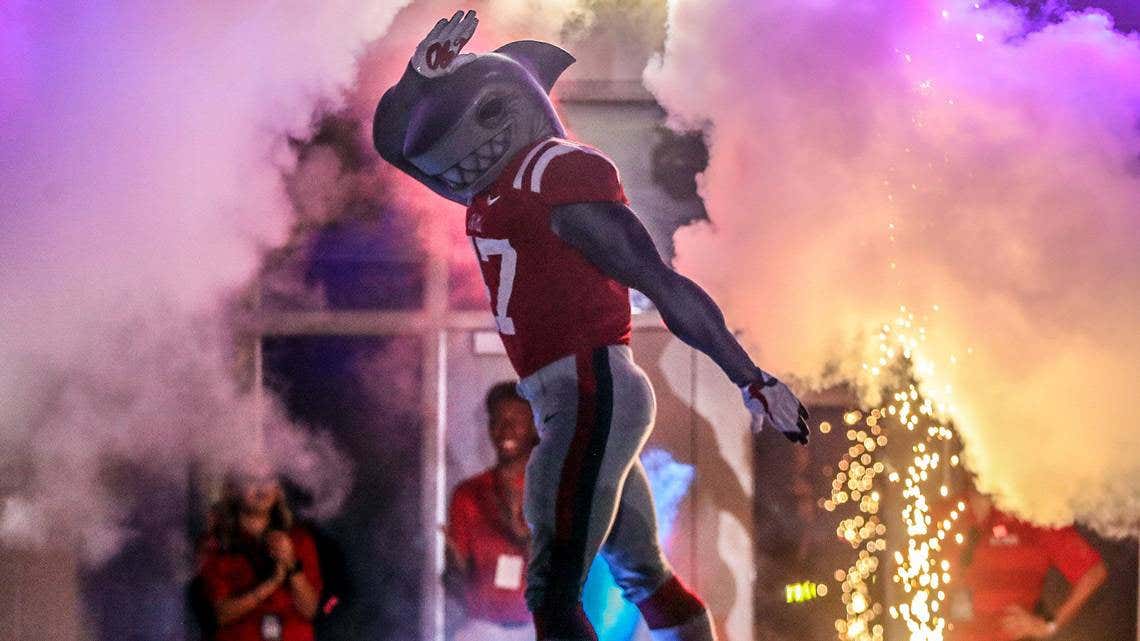 College football is weird right now. DJ Durkin and Urban Meyer jobs are at risk for different scandals. Meanwhile, Ole Miss, a school fresh off a major scandal, has added to the weirdness with a new mascot: 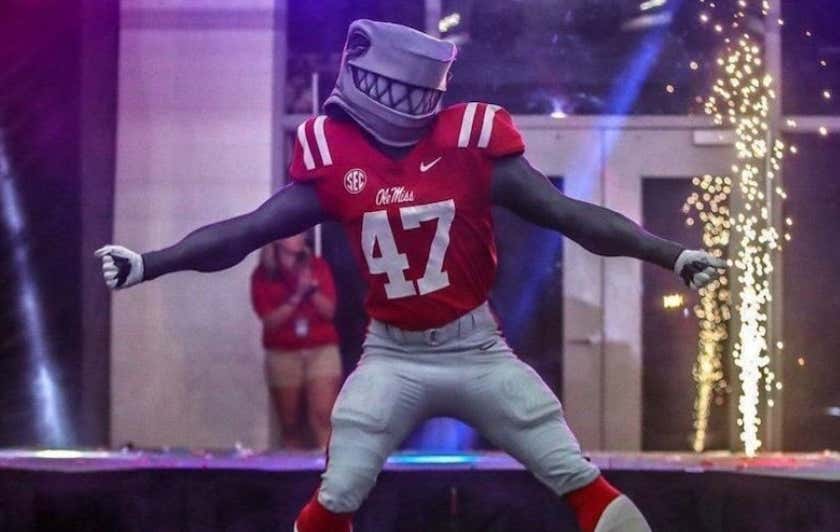 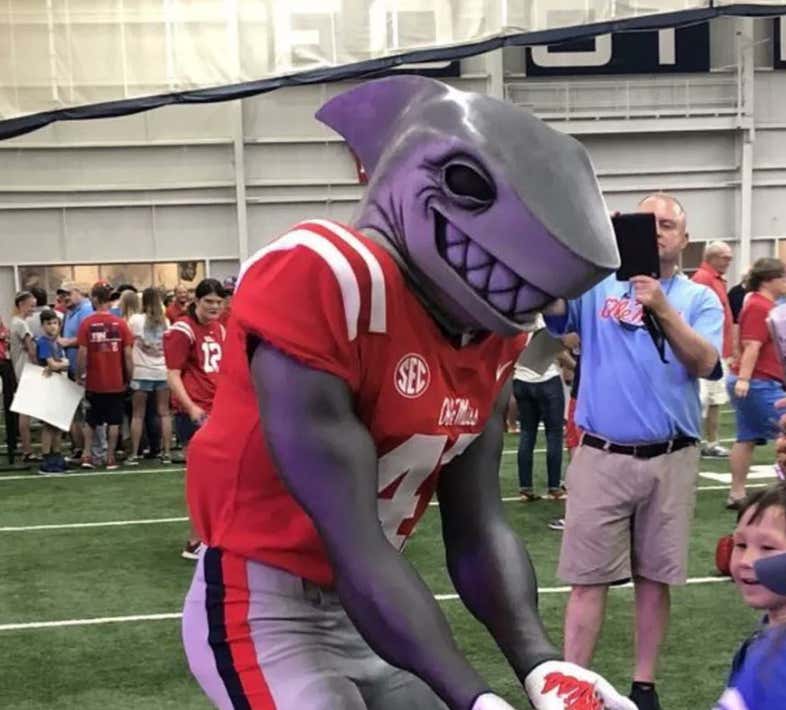 Just a bizarre looking mascot. Colonel Rebel had his issues, but a football playing half-human, half-shark? Reminds me a lot of the New Orleans Pelicans mascot, King Cake Baby: 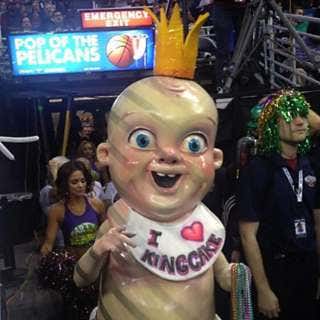 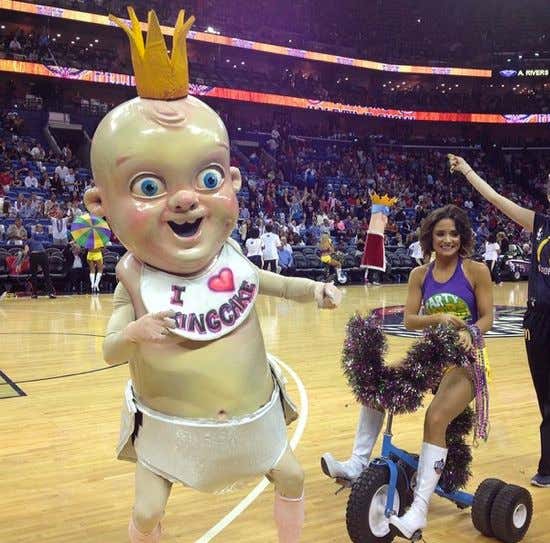 Both of these mascots would have given me nightmares as a child. This kid is in the same boat: 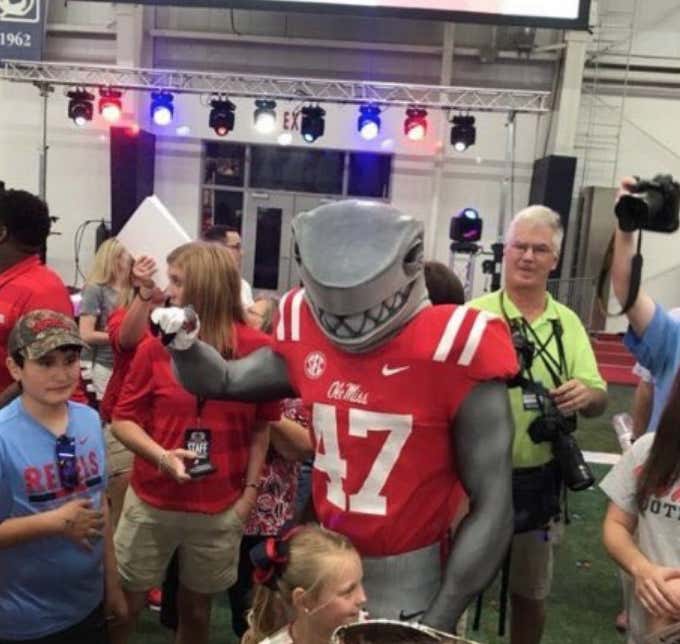 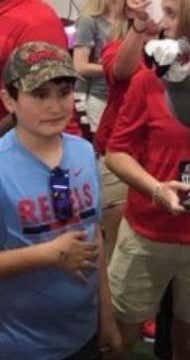 Mascot introduction in the SEC #JustMeanMore:

The new mascot will go by “Land Shark Tony:” 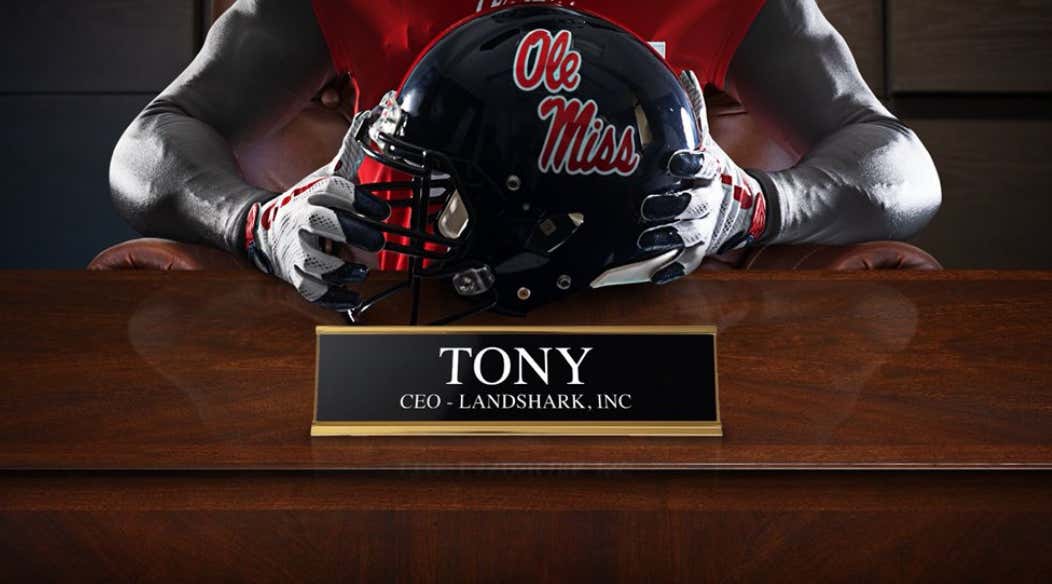 This reminds me of Chris Vernon’s classic song “Colonel Reb Is Crying,” which features Coach O:

P.s. Look at those damn forearms. Tony been spending a bit too much time alone: 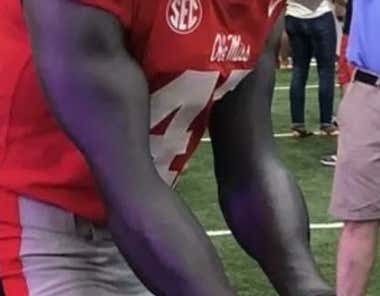 P.s.s. Good thing Jim McElwain isn’t still in the SEC or his forearms would be that size sooner than later with Landshark Tony around: 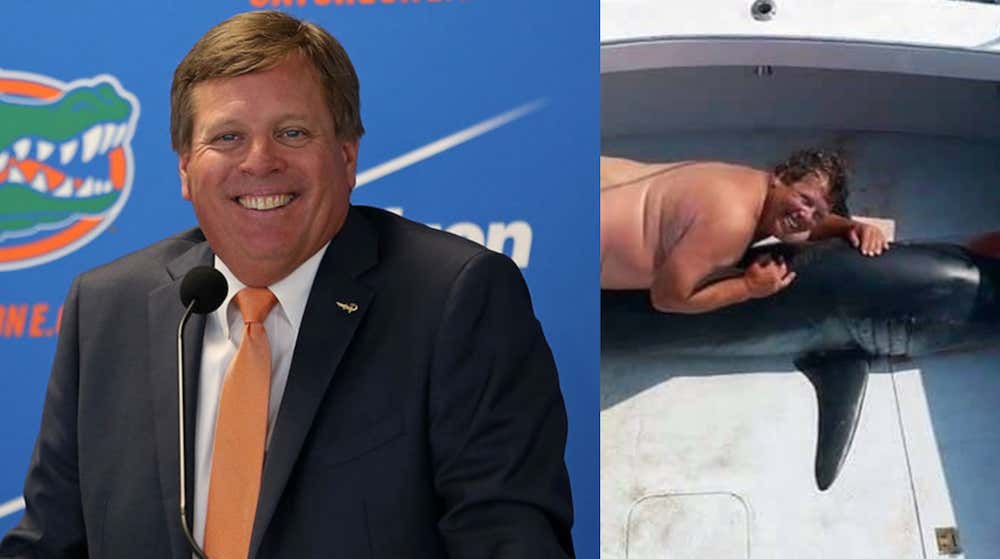