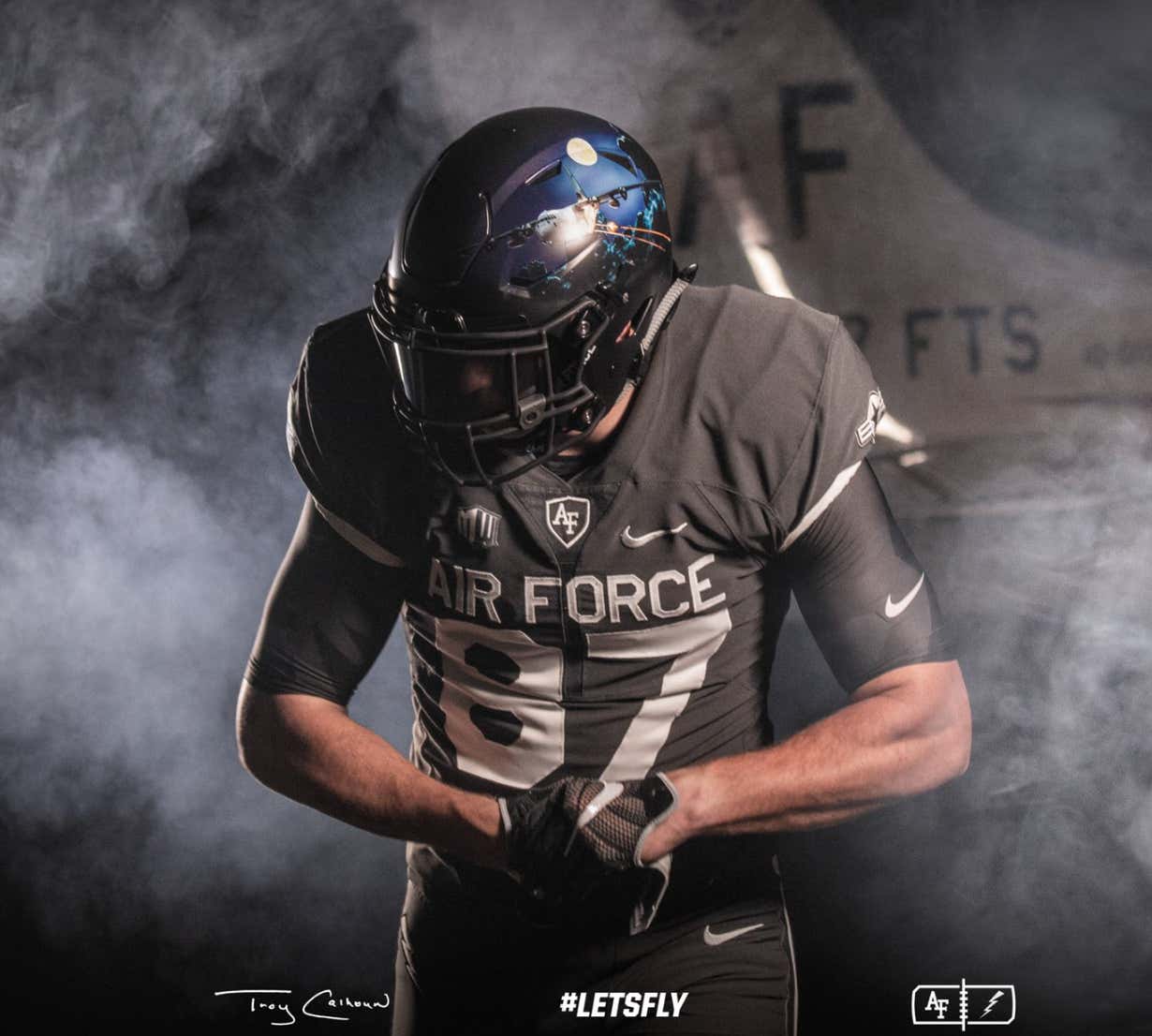 One of the best parts about college football are the service academies. Navy, Army, and Air Force put out competitive teams (almost) every year. The three coaches (Troy Calhoun, Jeff Moken, and Ken Niumatalolo) at those respective schools are phenomenal. The players on those teams are the ideal version of college football: amateur athletes playing for a team, not for a potential professional contract. I’m not saying this is better, but service academies are the only true amateur athletes that the NCAA can attach themselves to. Plus, on top of that, these players go on to serve for our country. So, yeah, to put it simply: these guys are LEGIT.

Air Force is often forgotten in the college football academy service world that revolves around Army-Navy. That isn’t the case today, as they released new alternate jerseys: 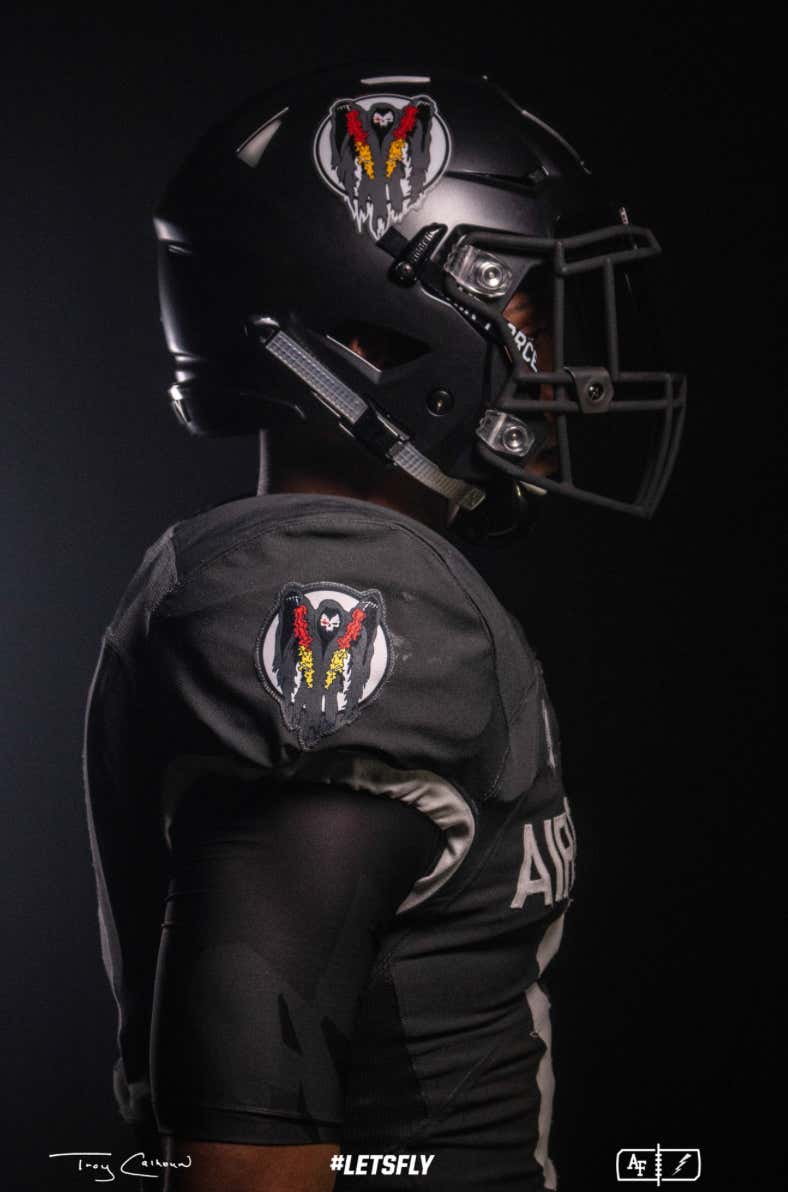 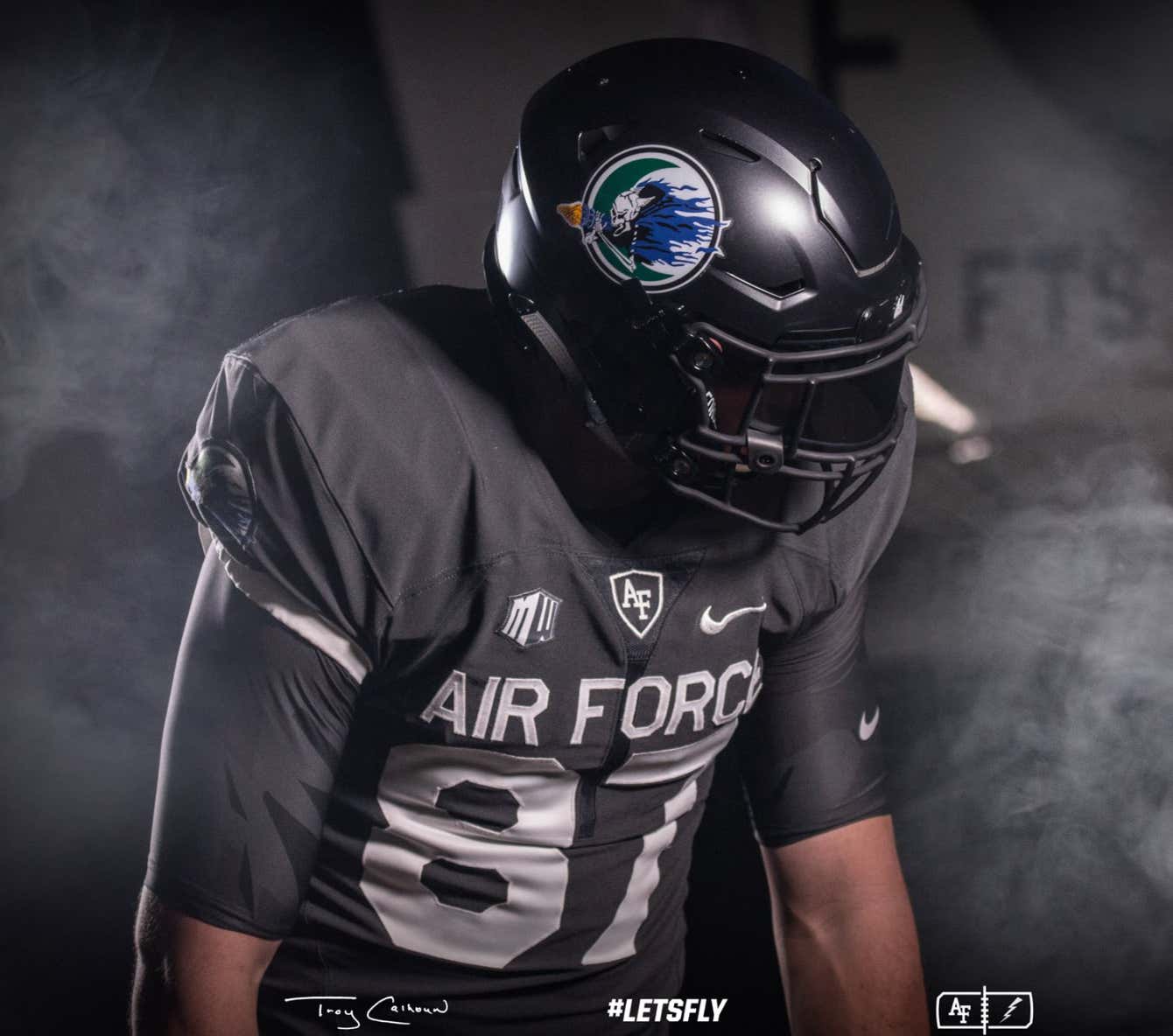 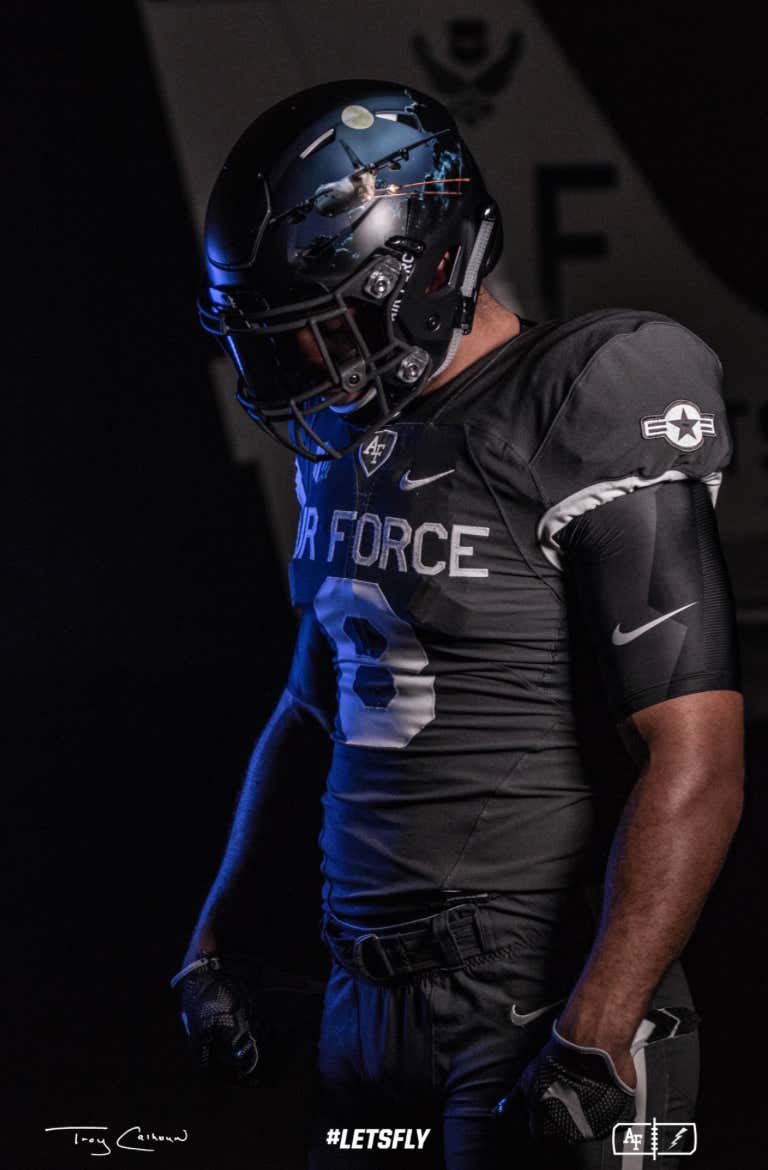 The AC-130, also known as the “Angel Of Death” (BAD ASS), is used strictly by the Air Force for close air support, air interdiction, and force protection. Look at this bad boy in action:

Service acadamies have recently taken their alternate jerseys to a whole new level. Just look to the 2017 Army-Navy game, which featured Navy’s Blue Angels uniforms and Army’s all white uniforms that were a tribute to the 10th Mountain Division, formed during World War II: 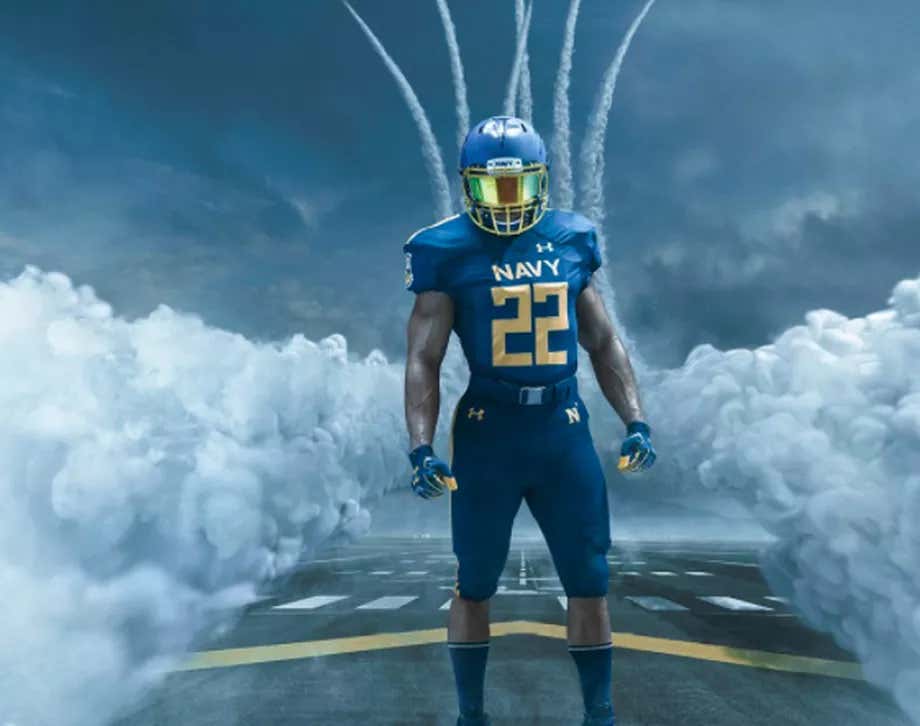