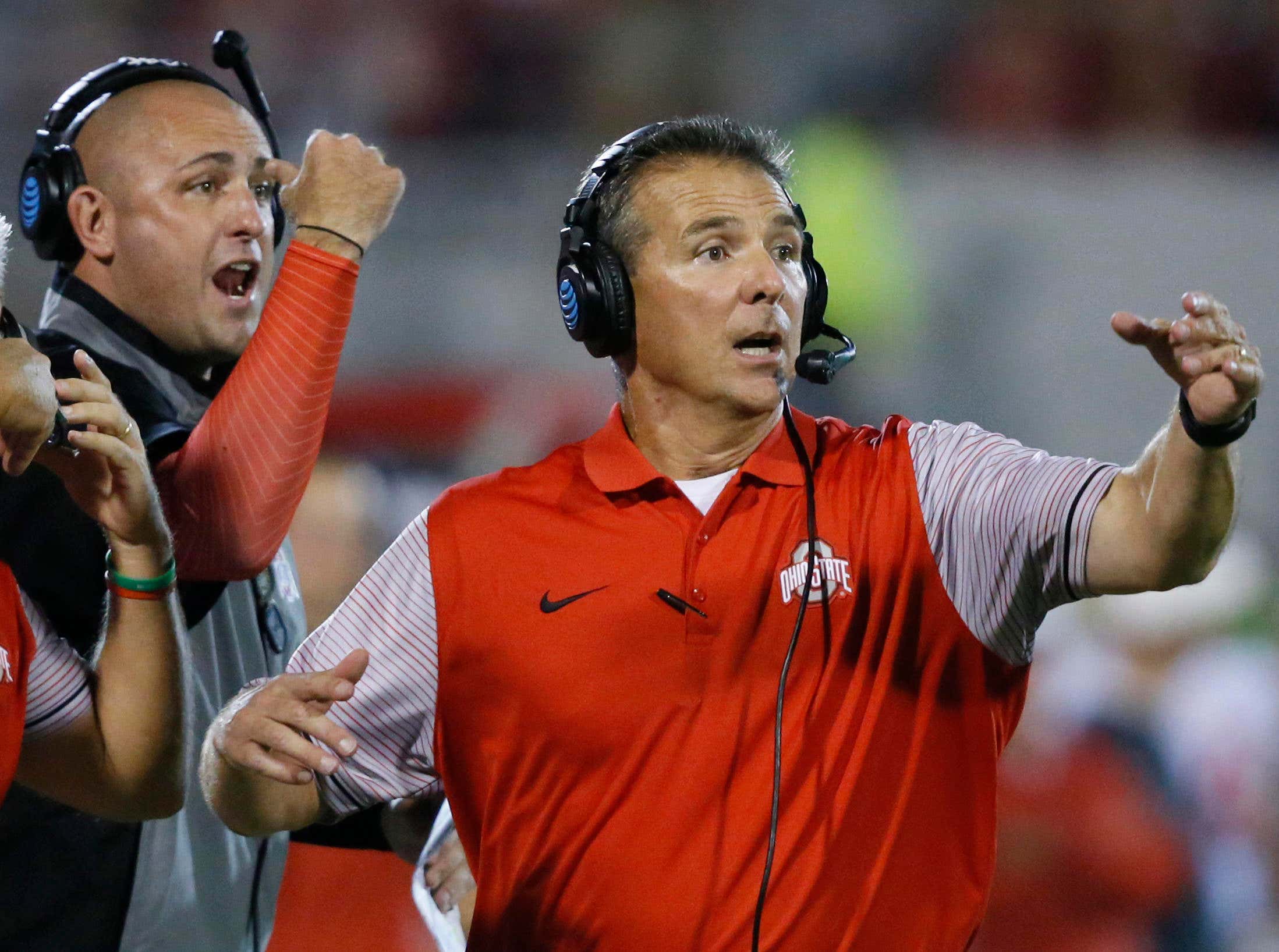 Before we begin on the latest from Jeff Snook, it is important to remember that Courtney Smith and her mother are “estranged.” With that being said, let’s take a look at the story:

“I wanted to stay out of this mess,” she said. “But I can’t take it anymore. I can’t take all of these lies that are being written. I just want the truth out there once and for all. What’s right is right. It’s been horrible for me to see the lies that were being written about Zach when he didn’t do what he was accused of doing.

“He lost his job over something that didn’t happen.”

This isn’t the first conflicting story about the Zach Smith-Urban Meyer situation to come out. That’s why the 14-day timeframe for the investigation is so confusing to me. Imagine coming in as an investigator, trying to figure out what is true and what is not in a situation you aren’t familiar with, but only having 14-days!

“But the fact is that Courtney set him up in this whole thing. She was determined to bring him down and she wanted to keep her current boyfriend, who didn’t want Zach around.”

Carano, who currently is estranged from her 33-year-old daughter, said she was shocked when the scandal led to Meyer, who was placed on paid-administrative leave Aug. 3.

When asked about the nine police calls to Courtney Smith’s residence from 2012 to 2018, Tina Carano answered, “When the police came to the house all the time, there was no reason to charge him. That’s why there are no charges or arrests for domestic violence. Courtney claimed that Ohio State knew. Well, there were no charges to know about. What are they supposed to do, take her word over his if there is no evidence? They can’t do that.”

“In June or July of 2015 after they got separated, we all were at my condo and Zach was picking up or dropping off the kids,” she explained. “Courtney got mad about something, she then got into her car and she deliberately tried to run him over with her car. Zach had to jump out of the way and I thought she actually had run him over. Courtney didn’t care that her own kids were there at the time.”

If you are wondering about Jeff Snook’s credentials reporting on this situation, you aren’t alone. A seemingly random guy posting on his personal Facebook doesn’t lead to utmost confidence. Here is Snook responding to those fair allegations:

Snook has been published 11 times with books that are typically on college football and worked as a reporter for 17 years. Snook did attend Ohio State and has written 4 books on Ohio State. Does he have bias here? That’s certainly possible.

We are 5 days until this investigation is wrapped up. At that point, we’ll probably hear about Urban Meyer’s future as Ohio State’s head coach. Tina Carano thinks Urban should be reinstated:

“I was in even more disbelief,” she said. “The first thing that came to my mind is that is what she wanted all along. She was trying to take him down, too. If Urban Meyer gets fired over this, that is frightening to me. My grandson is about to go into the third grade and he would be bullied over this. Kids are so mean to each other and this really concerns me. (Meyer) doesn’t deserve this. He didn’t cover up anything, because there was nothing to cover up. This entire mess was all about revenge and about my daughter being vindictive.’’

Tina’s concern here is legitimate, but in the grand scheme of things, her grandkids don’t really matter if the allegations of abuse cover-up are true. Do the kids matter? Of course, they do, you hate to see any bullying occur, but Ohio State can’t keep a coach who has turned his blind eye to domestic abuse committed by one of his employees in the name of a few kids.

Speaking of those kids, Zach Smith broke his silence on Twitter yesterday after Jeff Snook’s report came out: