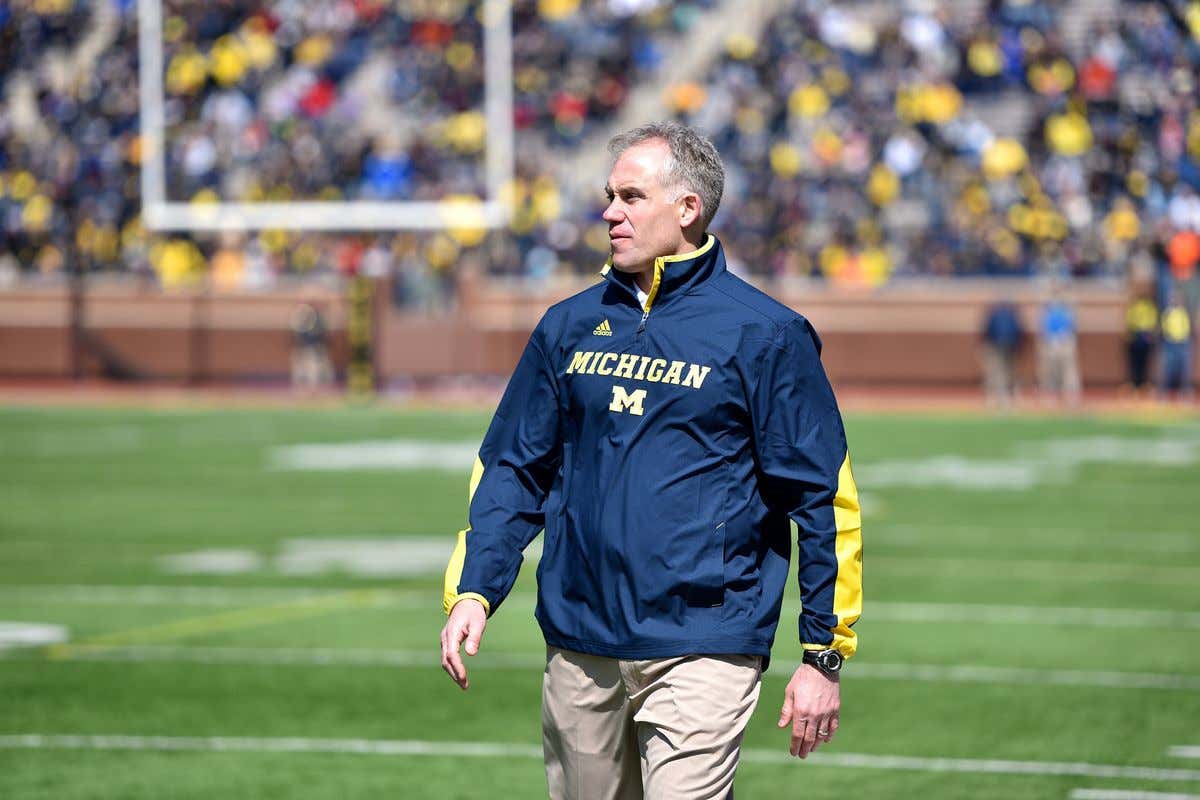 The summer of 2018 has not been phenomenal for DJ Durkin. One of his players passed away after a team workout, which eventually led to an exposé piece on his “toxic culture” at Maryland, which resulted in him being placed on administrative leave just a few weeks before the season.

Before Durkin started at Maryland, he was the defensive coordinator of Michigan’s 2015 defense. A star on that team was Jabrill Peppers, who had some comments on Durkin’s coaching tactics:

“Coach Durkin, he was a different guy, you know what I mean. His tactics were different. It felt extreme at times. I’m just as shocked reading all the stuff that’s going on now. I thought he was only like that because it was his first time coaching us. He was the defensive coordinator so he was just trying to get us to buy-in to how he wants his defense to play. I thought once he became a head coach that he would calm down a little bit, become more of a people person, a player’s coach.”

Translation: “Durkin was a madman at Michigan.”

“It’s just the way that he goes about getting the most out of his players. Me, being from where I’m from, I didn’t like it, but at the end of the day, I knew what the overall goal was,” Peppers said.

“The way I would’ve described it was kind of like bully coaching. I don’t think he meant anything by it. It was just kind of how it comes up.”

Jabrill was being safe here. He didn’t come out strong with a “yeah, I’m not surprised at all about the troubles with DJ Durkin at Maryland” straight up, but he said all he had to say, without saying it. Jabrill knows very well you don’t mess with the coach’s club, which operates very much like an organized crime family. When one of them is taken down, others stand up for them. Just look at what Will Muschamp said:

I have a speculation that there is a governing body of football coaches similar to the mafia’s commision. They determine who is made within the football coaching world. Once you are a made coach, your loyalty must never waiver from that of other made coaches. That is the football guys omerta.

Along with fellow coaches, boosters are now coming out in support of Durkin:

SOURCE-“A few major donors have called me,” one longtime booster said. “They’ve all expressed that basically DJ is getting made to hang out to dry and that some of these so-called athletes are looking for participation trophies. Life is not about participation. It’s about learning life skills. DJ has been a great teacher of those.”

Yup, it’s the participation trophy culture that killed Jordan McNair. Thanks, anonymous booster, for saying what everyone else has been afraid to say.