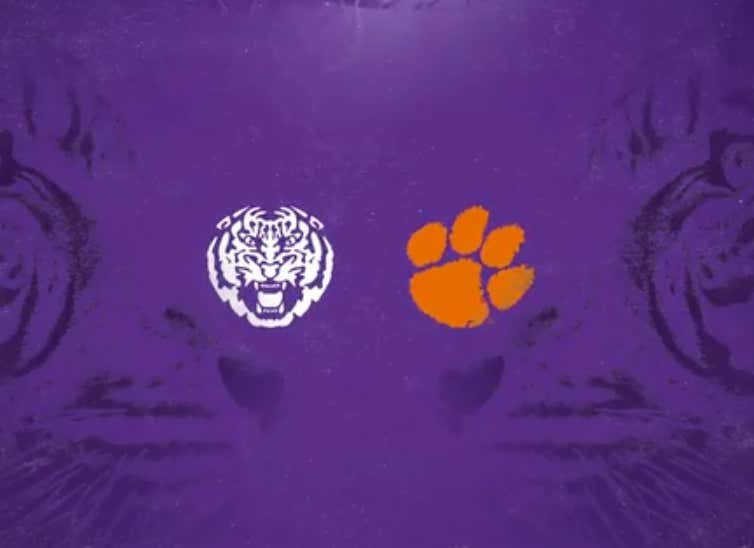 A lot to dissect here, let’s start with these two games being at Clemson & LSU’s home stadiums. I LOVE IT. I am not a fan of neutral site games. I understand why they happen ($$$$$$$$$), but when a big non-conference game happens, I want it to be at college stadiums, not NFL stadiums. For a perfect example, just take a look at how Ohio State and Oklahoma handled it these past two years. 2016 was in Oklahoma, 2017 was in Ohio State. These two fan bases hate each other now. You know what’s good for business in college football? Fan bases hating each other. You think you can get a moment like this at Mercedes-Benz Stadium?

Now, for the main event of this matchup: the true Death Valley.

Love this shade from Clemson. In the tweet above, you will see LSU calling Clemson’s stadium “Death Valley.” Why give any legitimacy to Clemson’s claim they are the real Death Valley? Clemson did it perfectly.

Where is the real death valley? Technically speaking, Clemson called their stadium “Death Valley” before LSU did.

SOURCE-Clemson technically deserves the nickname due to the schoolyard precedent of “Finders Keepers.” The Orange Tigers earned the nickname in 1948 when it was bestowed upon them by Presbyterian coach Lonnie McMillan and solidified the nickname when they brought in a rock from California’s Death Valley and made it the centerpiece of their pregame tradition.

LSU, on the other hand, seems to have derived its Death Valley nickname from a layman’s misunderstanding of Cajun English. It’s long been believed that Tiger Stadium used to be nicknamed “Deaf Valley,” but that eventually morphed into the moniker we know today.

I, personally, consider LSU the true Death Valley, but I grew up during a time LSU was dominating the college football world, while Clemson was not at the level they are at currently. Plus, LSU has the STTDB chant, which is the most electric moment in sports until it got shut down:

On top of that, Chad Kelly (started his career at Clemson) agrees with me: