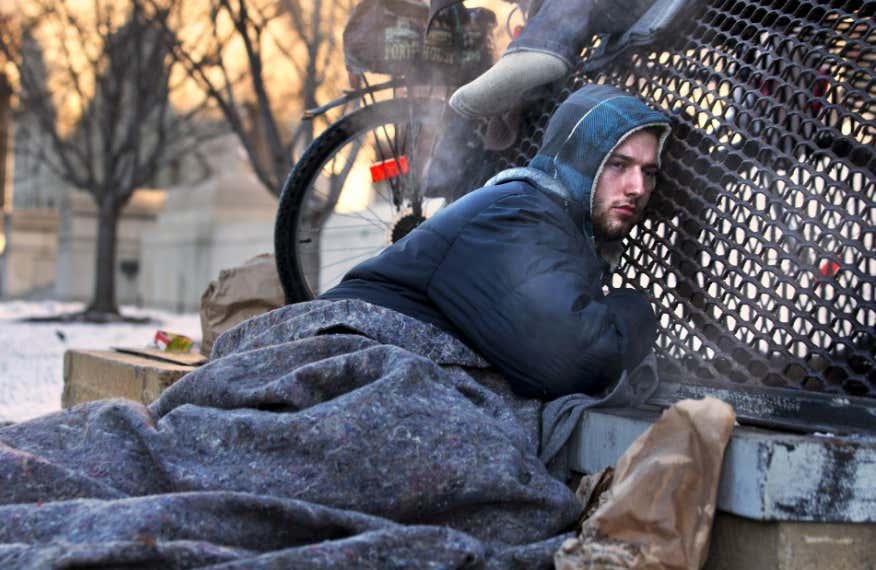 Let’s take a trip up to the border and see what’s going on in Canada, eh?!

I refer to a chapter in a new book that was written by Erin Dej, a criminologist at Wilfrid Laurier University in Waterloo, Ont.

Dej’s chapter is called When a Man’s Home Isn’t a Castle: Hegemonic Masculinity Among Men Experiencing Homelessness and Mental Illness.

That’s a hell of a title. I have no idea what Hegemonic Masculinity means and I’m not looking it up because I don’t want a headache. I, also, didn’t realize there is homelessness in Canada. I thought it was a perfect utopia as opposed to the awful facist USA. I guess I’m listening too much to Justin Trudeau. 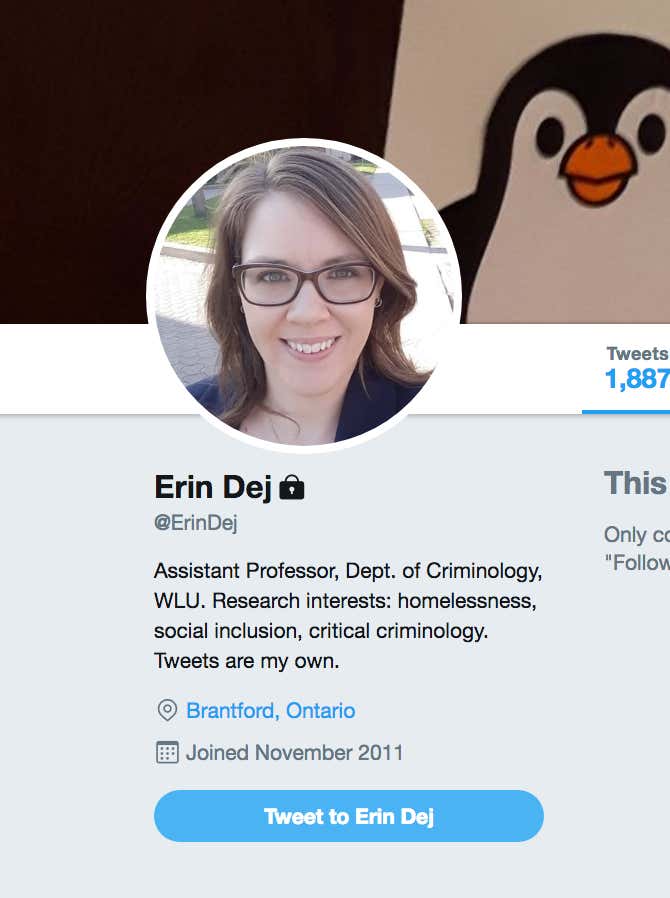 Her conclusion is that while homeless men are denied the usual range of hypermasculine rewards (a house, a job, power, etc.) such are the benefits of “the patriarchal dividend” that they nonetheless “perform masculinity” and behave in the few hypermasculine ways that remain open to them.

Well, they are guys, sooooooooooo, yeah?

Yet she so clearly subscribes to modern-think — that there are always oppressors and oppressed — that she could write, of one of the homeless men she interviewed, that his tall stature and build “have allowed him the privilege that many men, and few women, are privy to — not being ‘scared of walking outside at night’.”

How could you even determine that a homeless person isn’t scared of walking outside at night? If there isn’t a shelter for them, they have no other choice, but to walk outside at night. That’s how it works, because, you know, they don’t have a home?

She got her PhD in criminology from the University of Ottawa, an MA in legal studies from Carleton, held a postdoctoral fellowship with York University’s Canadian Observatory on Homelessness, and now is an assistant professor at Laurier.

As a result, his physical health was a mess, and he felt vulnerable, he told her, such that where before he’d heard women say they were scared to walk at night, now, he too was scared: “…like, a little girl could have killed me. That’s how weak I was…”

He had also been physically abused as a child.

Yet what Dej found most telling was that he positioned “his sense of weakness and vulnerability in relation to women… This vulnerability is the antithesis of hegemonic masculinity…. For Ron, the feminine subjectivity acts as the ultimate exemplar of physical weakness and the most absurd hyperbole of who constitutes a threat.”

Why, she wrote, he even compared the cramps he got from his daily methadone treatment as “like, uh, menstruating, almost…. Like my stomach is just, like, cramps.”

Dej leapt upon this: “Using menstrual cramps, a sensation Ron has admittedly never felt, to describe the side effects of methadone treatment is telling of Ron’s felt masculinity status.”

Imagine sitting this Ron guy down and telling him, “hey, I know you have nothing, no home, no money and that you were abused as a child and currently have a load of mental health issues, but before we get you help on this stuff, we are really going to need you to stop showing such toxic masculinity. As the prime minister put it, it’s not mankind, it’s people kind.”

(Dej also spent 296 hours observing the homeless, and yes, for those who care about such things, she received approval for the project from the University of Ottawa’s research ethics board, and got oral consent from those she watched.)

“Hi, homeless, my name is Erin! Today I will be watching and interviewing you, not to help you out in your unthinkable situation, but to help me write a book about gender that will cost $131″

I wonder if Dej would say she is home privileged. Probably privileged in a few other ways too. I can’t think of what to call a person who has the privilege of treating the homeless like lab rats for your own research. Oh, I just got it: a douchebag.

Dej pronounces her research important (it “fills a gap,” as she put it) and concludes that because most of the homeless are men (and white, as she also pointed out), “it is essential that interventions that seek to prevent and end homelessness take into account the complex gender dynamics at play…. With this awareness, programs can be designed and services can be provided in such a way as to mitigate the troubling ways that compensatory masculinity manifests…. and introduce men to alternative understandings of masculinity.”

There go those toxic males again dominating yet another field! The under-representation of females mean the toxic male is discriminating yet again! It’s outrageous that being homeless is yet another part of the patriarchy that males refuse to let women be represented equally. Thank god there is Justin Trudeau to save us all and level the playing field, once and for all.