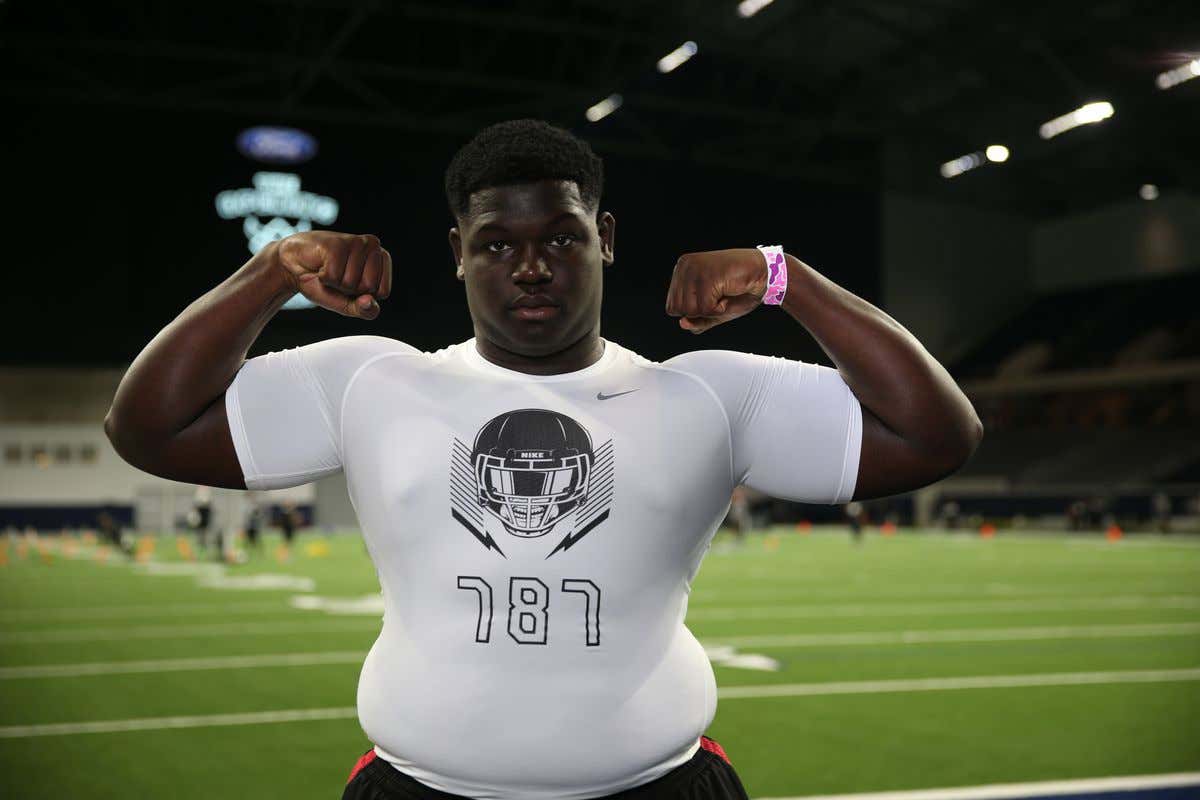 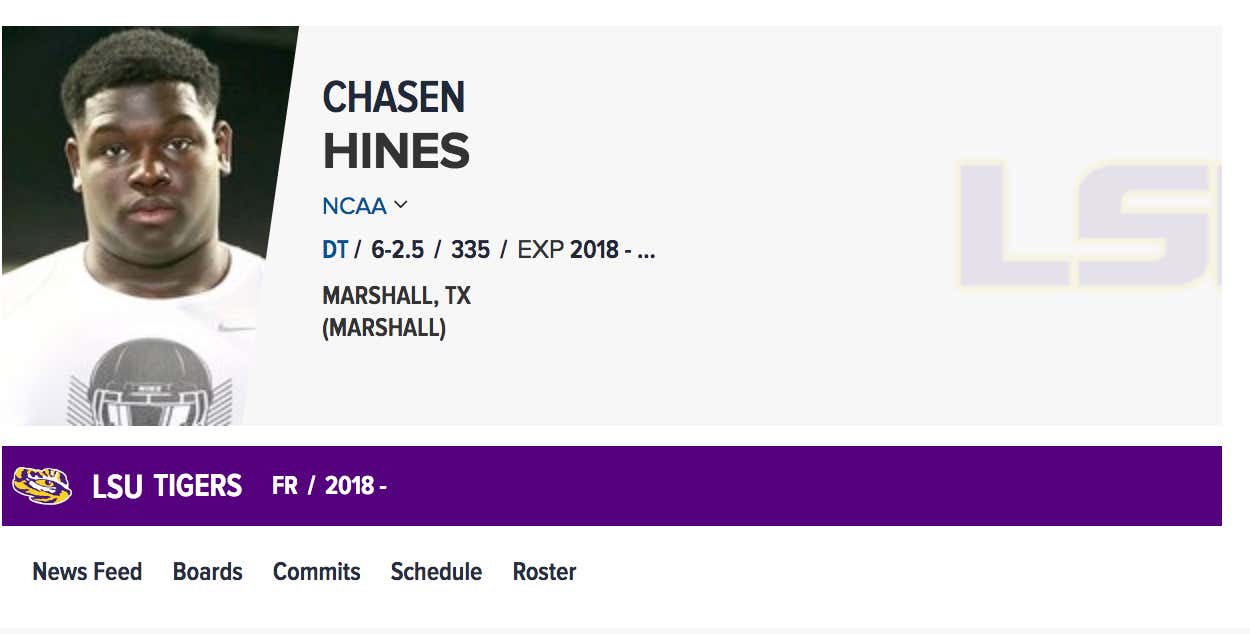 The Advocate-Hines came into LSU with the number 52. That’s all changing due to a practice nickname:

LSU reserve guard Chasen Hines got a new nickname when he returned to the field Thursday afternoon.

The freshman from Marshall, Texas, was wearing a new number on his white practice jersey.

After starting preseason practice two weeks ago with No. 52, he wore No. 57 Thursday at the suggestion of head athletic trainer Jack Marucci.

A saucy move here by Chasen. Some would call this a real life shit post. You’ve got to love it. Next week, I’ll release 2018’s All-Name Team and I think Hines will find himself on it (here is 2017’s All-Name team). It’s also very fitting that a guy on the line is taking up the Hines 57 nickname. Goes further to prove my theory that the lineman on every team are the funniest/most lovable players on every team.

We are 8/13 days away from college football (8 days until first G5 game, 13 until first P5 game). To remind you of this, let’s relive Coach O’s interview in a monsoon against Tennessee last year: