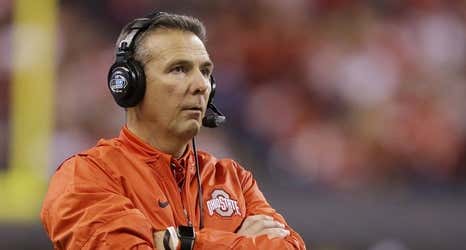 In another weird turn of events, the Urban Meyer investigation may not be over on Sunday:

Ohio State president Michael Drake said during an interview with WOSU (h/t ESPN’s Dan Murphy) on Thursday that the investigation “will be finished when it’s finished.”

“There is a great deal of interest in this investigation,” Drake said. “We wanted to make sure we had really good information, and there is time pressure. We wanted to have that information as quickly as possible. …The most important thing is to get good information so we can make the right decisions going forward.”

This is quite the change for Ohio State administration, who previously put a 14-day time frame on the “thorough” investigation into Urban Meyer: 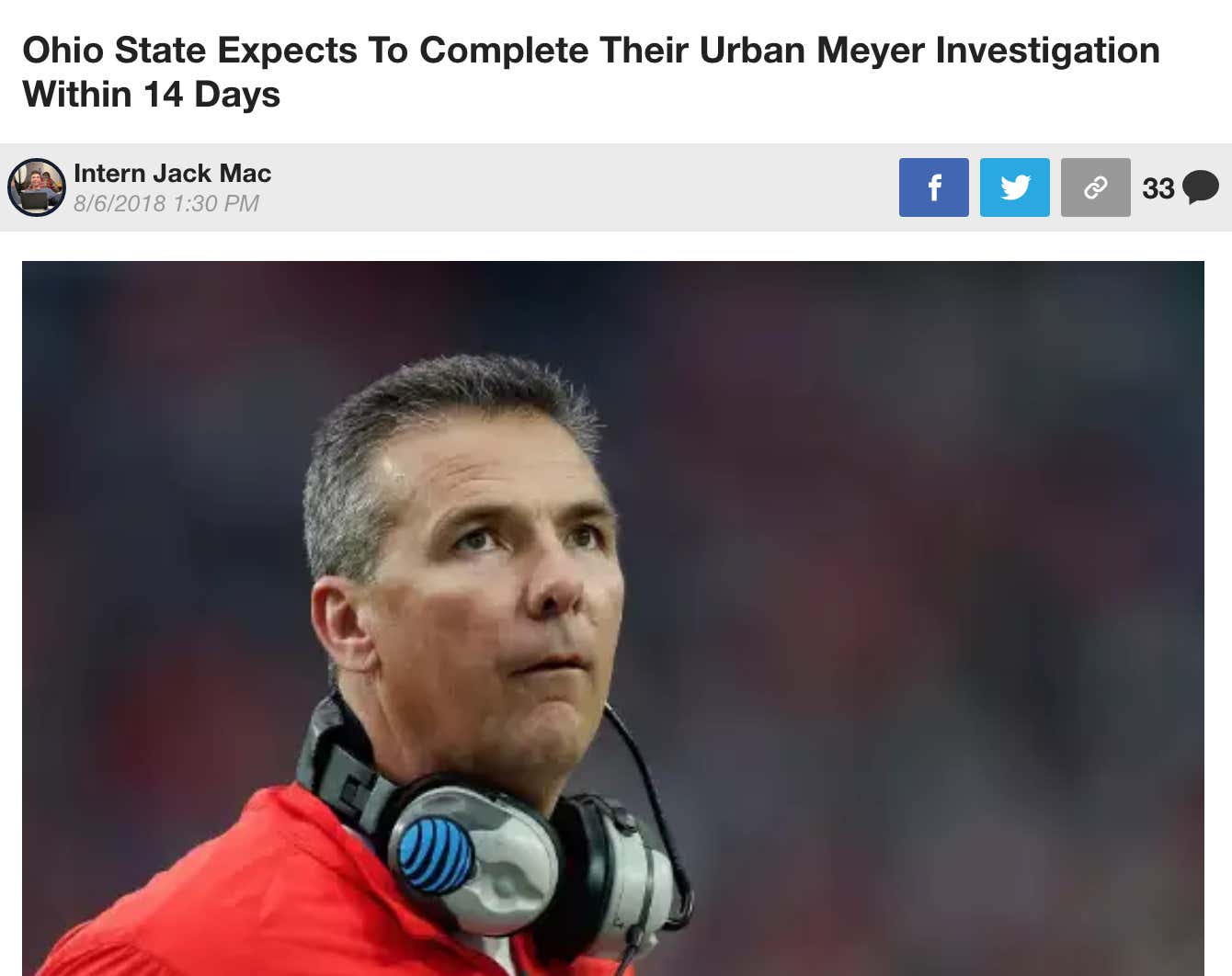 The 14-day timeframe was ridiculous. Putting a timeframe on this investigation should not have happened. There are a billion different stories to unpack. What is true? What is not? The athletic director is on a goddamn vacation right now.

Drake continued: “What we’re doing now is an investigation to try to find out exactly what happened, why, what the context was, etc. I’m going to wait until I know those things before I make conclusions. I’ve been doing my best possible job to keep an open mind. As I said, stay tuned.”

I shouldn’t laugh, but Drake saying “stay tuned” is funny. We have a potential cover-up of close to a decade worth of domestic abuse, and the president of Ohio State is telling us to “stay tuned” like we are waiting for the official announcement of a new alternate jersey.

Saying that this investigation will be “finished when it’s finished” makes my BS radar go off. Maybe it won’t be finished in the initial timeframe, but we all know that the investigation team was told this needs to be done by the start of the season. Money trumps thorough investigations.

As more news comes out, my gut is pointing to Urban not being officially fired. My prediction is a 4-game suspension for Urban with AD Gene Smith being fired. Urban will conveniently return to the sidelines against Penn State on September 29th. If my prediction is correct, the irony of Urban returning to the sideline in Happy Valley is endless. You couldn’t have scripted it any better. That’s college football for you.

P.s. Am I a bad person for wanting to see Urban Meyer to survive this scandal just for the College GameDay Signs alone?