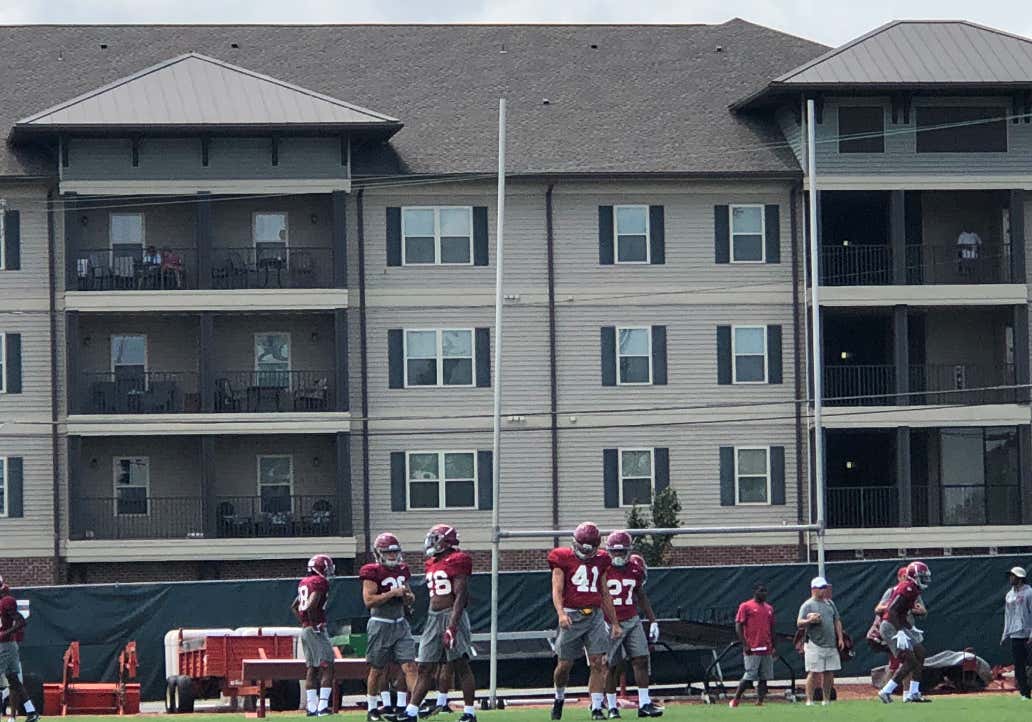 Who is Cedric, you ask?

Officially, he’s listed as Alabama’s athletics relations coordinator. Every year since Saban arrived in 2007, Burns has been the one who stands between the few hundred autograph-hungry golf fans and a Saban signature.

Does Cedric actually have the responsibility of making sure nobody is watching from their apartment balcony? Why, yes he does:

SEC Country-Across the street from the Alabama practice fields are several apartment complexes, the upper units with porches high enough to provide a good view of the practice fields. Alabama has an agreement with one of the complexes that they will write into people’s leases that they not stand outside and watch football practice.

Nick Saban is petty, we all know this, but this is his best work. He has learned from the greatest empires that have fallen: the smallest crack can lead to the biggest leak. The small things matter. Who knows who could be living in that apartment? It could be LSU spies! Or Dabo Swiney may have sent one of his assistants over to live there. Hell, he used to be a real estate agent and went to Alabama. He may own the entire apartment complex!!!!