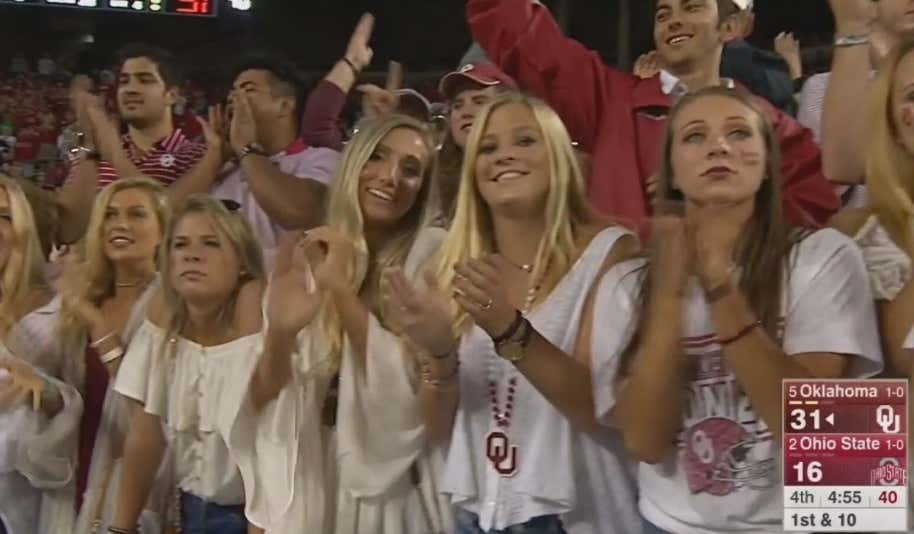 The AP Top 25 is here! There are football games THIS WEEK! FOOTBALL IS SO CLOSE!

The top 10 looks good. I’ll do my own top 25 next week, but Miami and Wisconsin are a bit high here for my liking. Both teams are playoff contenders, but I’d put Ohio State and Washington ahead of Wisconsin while dropping Miami out of the top 10.

Ohio State obviously has a bit going on right now, but they are the third best team in the country to me. Outside of Alabama, I believe they have the most talent in the country. Dwayne Haskins will be better than JT Barrett and the defense led by Chase Young and Nick Bosa (Joey’s brother), anything outside of a CFP birth will be a disappointment. 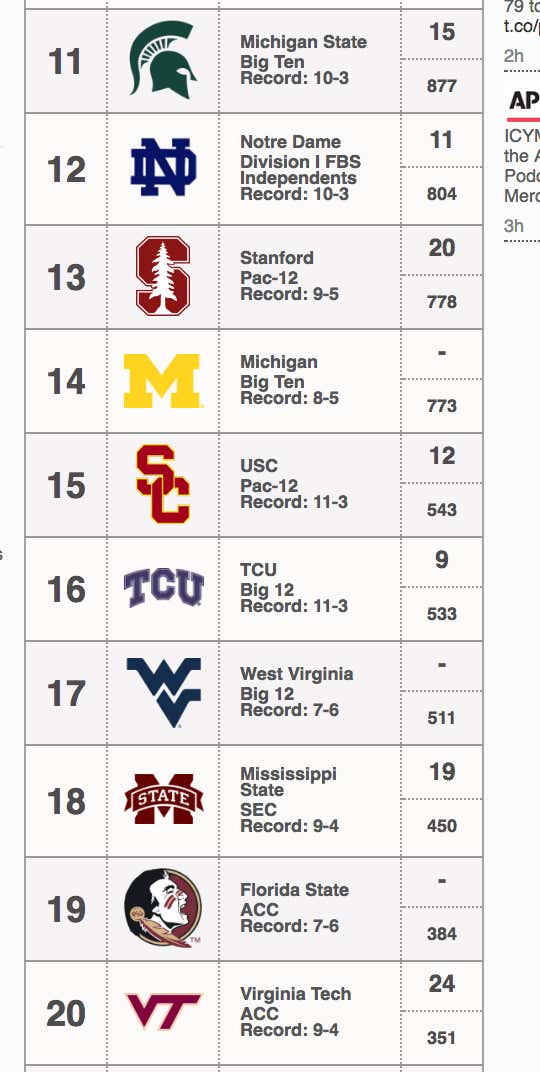 I have anxiety over how much I like Michigan this year. I may be overrating Shea Patterson, but if he lives up to the hype, they won’t be in the #14 slot for very long. The rest of the 11-20 looks good.

Virginia Tech should not be at #20, though. Look at what they lost this offseason on defense: 6 NFL players (4 draft picks, 2 UDFA), 3 starters to injury, and their co-defensive coordinator (used recruiting trips to cheat on his wife. Yes, you read that right, look it up). Their offense will not help out with the regression that the defense will have.

West Virginia starting 22 is as good as any top 10 team in the country. Outside of that, they have MAJOR depth concerns. If they start to sustain injuries, their talent drops off a steep cliff. That’s a major concern considering their last 4 games (@ Texas, TCU, @ Oklahoma State, Oklahoma), when injuries will add up. 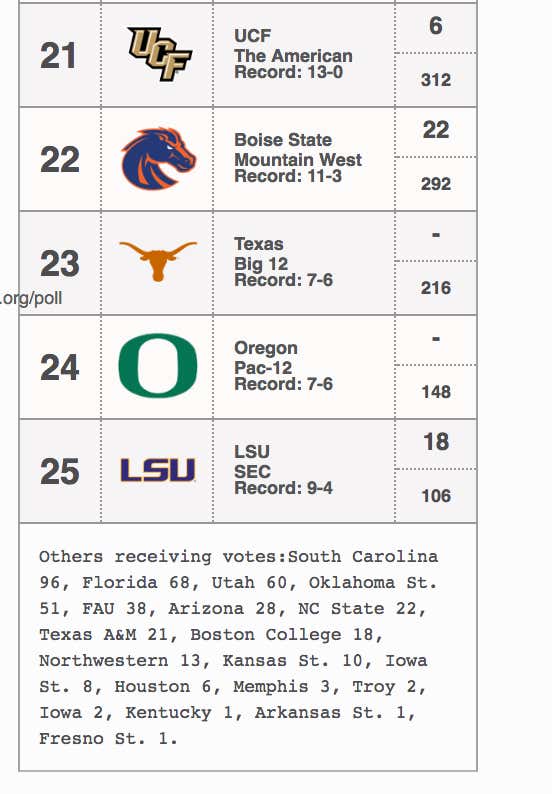 I won’t have them in my top 25. Utah, Texas A&M, and Florida will all be better.

I like that Oregon sneaked in at 24. They will have a phenomenal offense led by Justin Herbert, and new HC Mario Cristobal retaining DC Jim Leavitt is huge for a unit that showed signs of being top-30 at points last season.

South Carolina is lurking at #26 with 96 votes. Week 2 against Georgia at home is going to be fun for the Cocks. I’d love to talk to the person who gave Kentucky a vote.

To put this in perspective, the team favored by the closing line in the gambling markets won 61.5% of games according to The Prediction Tracker (208-130 with no prediction in one game).

Don’t put too much into the AP poll outside of it being a reminder that football is near. Everything will work itself out on the field.