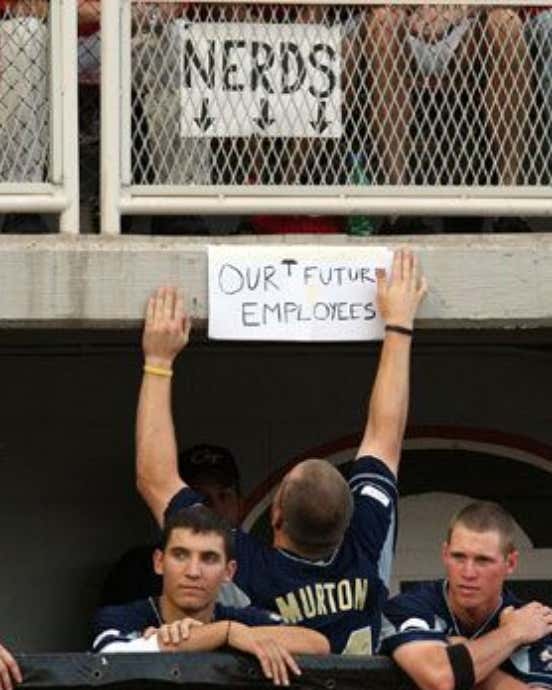 AJC-Players leaving practice early to attend class is a routine element of Georgia Tech’s football operations. This year, it could be a bit more impactful on what happens on Saturdays.

On Monday, the first day of the fall semester, among the Yellow Jackets who left practice about two-thirds of the way through was starting quarterback TaQuon Marshall. Starting offensive tackle Will Bryan was another.

This is peak Georgia Tech, a school that is known for having more students in the library than the student section on Saturdays.

It seems as if TaQuon Marshall and Will Bryan did, in fact, come to play school. You’ve got to wonder what Cardale Jones thinks of this: 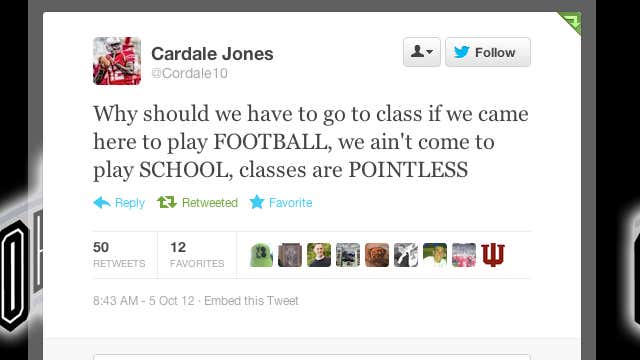 “Mondays are going to be work days,” Johnson said. “But school trumps practice.”

This must have hurt Paul Johnson to say. Although, I’m sure he understands at such an elite academic school like Georgia Tech, saying “school trumps practice” is sacrilege for a football coach to say.

This will be good #HateWeek trash talk for Georgia fans. The Georiga-Georgia Tech rivalry is one of my favorites in college football, just because of the “NERDDDDDDD” trash talk from Dawgs fans followed by “you are our future employees” talk from Georgia Tech fans.

Nothing better than the dad on dad fight from this years game:

In all seriousness, shout out to Paul Johnson, TaQuon Marshall, Will Bryan, and other players that understand that these players are student-athletes. I’m surprised the NCAA hasn’t found a way to use this situation as propaganda over their “these are amateur student-athletes” excuse not to pay these kids. I’m sure they are already planning something.

Most will be going pro in something other than sports!