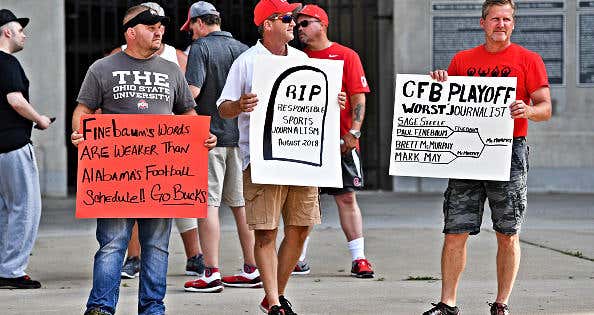 Turns out that Brett McMurphy is receiving a decent amount of threats from Ohio State fans:

SCOUT-Brett McMurphy, the reporter who broke the story at Ohio State leading to an investigation into Urban Meyer, says he has received countless hate messages and vulgar remarks from Buckeyes fans in the wake of the ongoing saga in Columbus.

McMurphy detailed the disparaging comments during a radio appearance on Tuesday.

“I’ve seen references to, ‘I’ll make sure he’s hanging from a tree.’ I’ve had people on Facebook message me and basically talk about things they would do to my daughter, who is 14 years old,” McMurphy said during an interview with Fox Sports IHeartRadio. “I don’t know what the definition of a threat is, but I’d say I have over 1,500 messages on Facebook and I would say 90 percent of them contain the F-word or ‘go have sex with yourself’ in a variety of manners.’

Can’t say I’m surprised. There’s no crazy like college football crazy. Plus, McMurphy reports through Facebook and we all know the crazies that exist on that platform. If your crazy Uncle is an OSU fan, it would be a fair bet that he is in one of those 1500 messages.

Telling a journalist that he is going to “hang from a tree” for doing his job is awful. Bringing his 14-year-old daughter into it? Gross.

There has been a grand conspiracy from some Ohio State fans that Brett McMurphy is attempting to take down the Ohio State program out of spite. 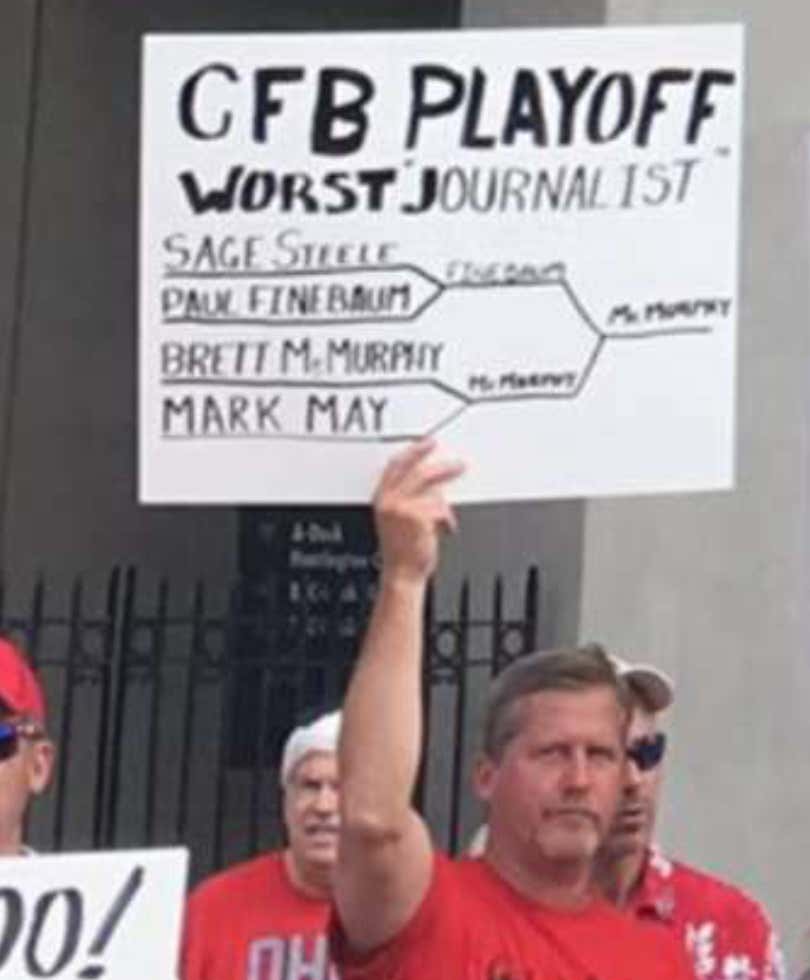 McMurphy has kept an awesome attitude about all of this, even joking around:

“All I know is that if Michigan’s play-calling under Harbaugh was as creative as some of the ways Ohio State fans have told me to have sex with myself, Harbaugh would have three national titles.”

ZINGER. Talk about a ricochet shot towards Harbaugh. Is McMurphy trying to get on Ohio State fans good side with this joke? Some would think so.

In other news, we will learn about Urban Meyer’s fate today: