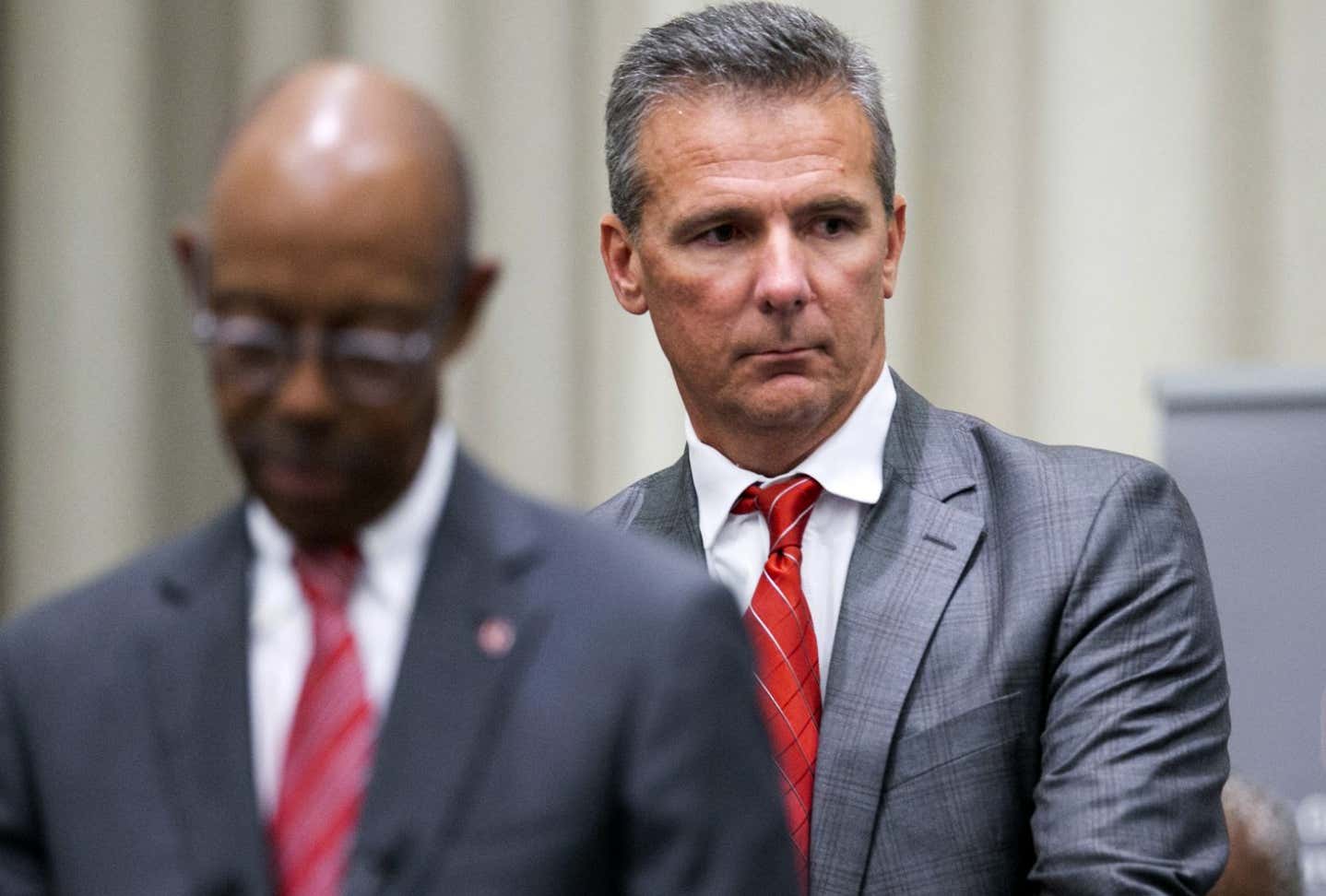 As you probably know at this point, Urban Meyer has been suspended for the first three weeks of the 2018 season. What about everything else that happened last night? Let’s dive head first into this dumpster fire

Those three games are against Oregon State, Rutgers (is this Rutgers chance to take down tOSU?!?!?!), and TCU (in Jerry’s World). Urban will be able to coach the team during practice the week leading up to Rutgers and TCU.

The suspension is without pay. He will conveniently return to the sideline a week before Ohio State takes on Penn State in Happy Valley. Get ready for a #JoePaKnew/#UrbanKnew showoff between Ohio State and Penn State fans (spoiler alert: it is Joe Pa).

Imagine being with Urban during those three weeks he’s not allowed to coach. If I’m his heart doctor, I am telling him not to watch, because he may have a heart attack.

This was not good. You’d think that Urban and PR people at tOSU have been preparing him for this exact moment since he was put on paid administrative leave, but it appeared that wasn’t the case. The lowest point came when Urban was asked about Courtney Smith:

“I’m sorry we are in this situation.” Urban had a month to prepare for this question. He HAD to know this was coming and this was his response. I, mean, really? Everybody knows you are a massive douche, but at least show us some effort that you fake care.

A big reason we are in this entire mess was Urban Meyer’s comments about Zach Smith at Big Ten Media Day:

SOURCE-Of the reports on another incident in 2015, Meyer told reporters he had received “a text late last night” that “something happened” involving Smith that year, but he claimed “there was nothing.” Meyer added, “Once again, there’s nothing — once again, I don’t know who creates a story like that.”

It was soon proven that Urban didn’t learn about the 2015 incident in a text the night before Big Ten Media Days. Ohio State addressed this incident in their report:

Laugh out loud funny move here. Pulled this move right out of Rosanne’s “Ambien made me racist!” playbook.

Old Takes Exposed got to work on this entire situation quickly:

You think Urban remembers not giving Ezekiel Elliot the ball against Michigan State in 2015? What about that time he ate Papa John’s pizza in Indianapolis? 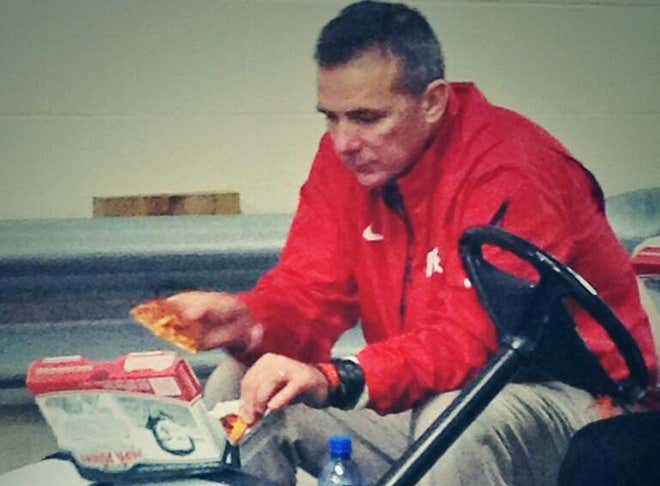 Ultimately, it feels like the investigation couldn’t find any evidence that would take down Urban. That includes his wife allegedly not talking to him about her and Courtney Smith’s messages from 2015:

And Urban’s phone magically deleting text messages automatically after a year has passed:

This is some Godfather type shit to make sure Urban is never implicated in any situation he doesn’t need to be. Can’t make Urban an accessory after the fact!

This comes from his attorney, who blames Courtney Smith for this entire situation.

There is one positive about this whole thing: Zach Smith is out of college football. Although, he did get a 4/5 from the University in 2017:

Some suspensions that were longer than Urban Meyer’s:

It seemed like a lot of people were surprised last night when this came out? As the investigation went on, it became pretty clear that Urban was not going to be fired. A lot of prominent reporters in the college football world seemed to have forgotten about the sport they are covering. Water is wet. The sky is blue. College football is corrupt.

Of course Ohio State picked football over integrity. I’m not sure what people expected. You think “integrity” sells jerseys? What about filling up the stadium with 100k people? Does “integrity” make the college football playoff? No, it doesn’t. Urban Meyer does that. Does that make their decision morally correct? Of course not. This is college football and billions of dollars are on the line. Morals don’t matter 99% of the time.

Overall, it is good that millions of people have found out college football’s worst kept secret: Urban Meyer is a flaming douche. You know why that doesn’t matter for Ohio State and their fans? He’s a very good football coach.

I’ll finish with this. In 2016, leading up to the election, Donald Trump said “I could stand in the middle of 5th Avenue and shoot somebody and I wouldn’t lose any voters:”

There are a few people this statement could apply to. Urban Meyer is one of them.

P.s. A positive in this whole hting: the GameDay signs are going to be glorious.