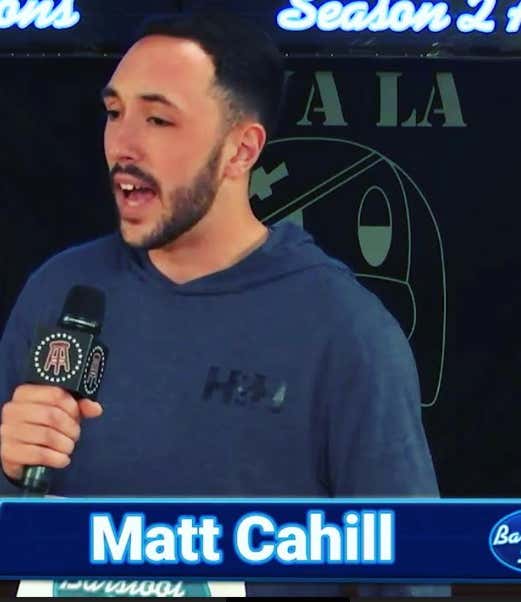 For those of you who don’t know me, I am Marty Mush (soon to be just Marty because I will shake the Mush). I ended up here by emailing Barstool Idol with my Aim screen name which was, “Mathithome”. Spelling my name wrong was a tough look but according to Dave Portnoy, spelling is the lowest form of intelligence so we will go with that. I would have never imagined betting on cricket and selling shoes out of a garbage can would land me a job here. Not having a functioning brain sometimes works in my favor. I don’t recommend the gambling lifestyle, but the rush of breaking even and getting into the green is something I can’t describe.

The WNBA season is coming to an end, which is unfortunate for me because those are my best bets by far. The amount of missed shots when the game comes down to the wire makes it must watch television. It is a slow day in sports so you have to make the best of it.

It is a cruel thing to not have any day baseball games on after a long weekend for the degenerates. Now there isn’t anything to do at work besides actually work. We had a little taste of college football this weekend with some dog shit teams, but Wyoming helped me climb out of a little hole. This week is the start of a long, long betting season where sometimes you forget to go outside because you have action on way too many games. Now is also the time to start thinking of ways to text your bookie that you wont have all the money this week. I am literally brainstorming up ideas as I write this blog.

Before we all get blessed with a shit ton of College Football, today is a miserable gambling day. There are only five MLB games on, so you’re forced to bet on a trap. The Nationals are that team being -120 with Strasburg on the mound against the Phillies. The last time I bet on the Nationals I ended up applying for a job at Nathans to make some extra coin (I wasn’t qualified enough for the position). Strasburg struggled in his last start against the Phillies, but with scoring 15 runs last night and having a well rested Harper back, the Nationals are the move.

The only other bet to take today is over 9.5 in the Blue Jays vs Orioles. Even though Manny Machado hasn’t been on the Orioles for about two months and still leads the team in home runs, batting average and RBI’s, their bats will be ready for tonight. These pitchers are absolutely atrocious and there’s no better feeling than hitting the over in a slug fest. Both teams have nothing to play for, so they are about to just beat the shit out of each other in front of about 4,000 fans.

The Mush is on a 1 game winning streak so I would hop on the train while you can. I also want to make this very clear: Once you are on the train I am not responsible for the mush hitting you in different ways.