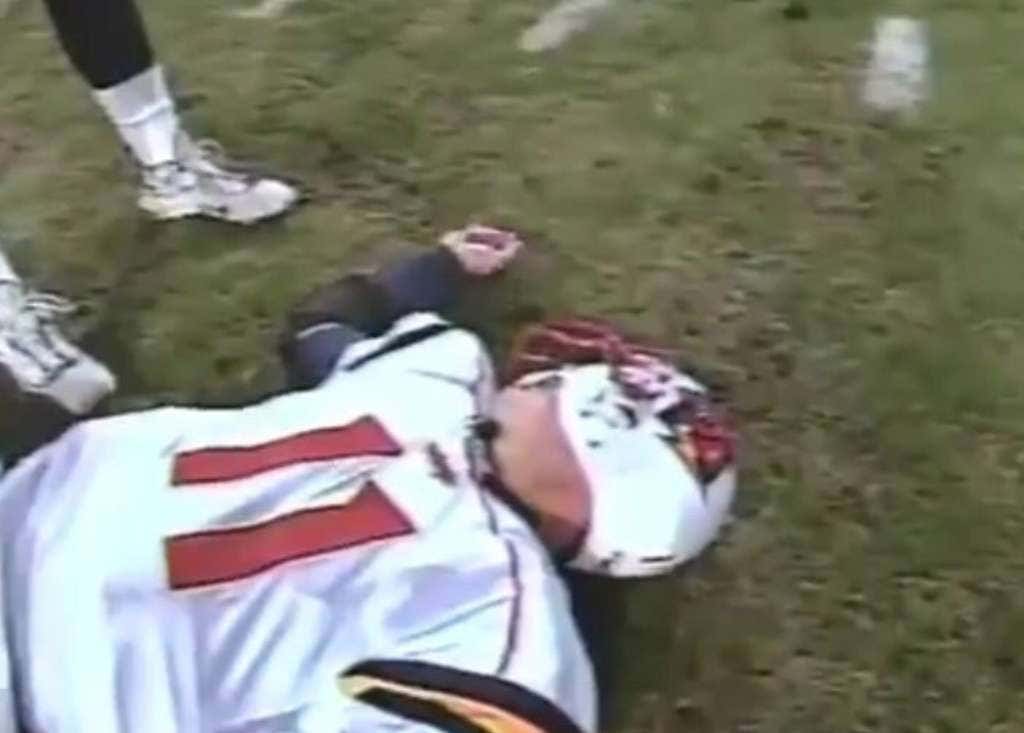 The Civil ConFLiCT is here. We talked about it earlier. UCF comes in under a new coaching staff, but still deploys an offense with QB McKenzie Milton, one of the best in the G5. His WR core is strong and new HC Josh Heupel led an explosive offense at Missouri last year. I am incredibly low on UConn this year and don’t expect them to put up much of a fight in this game. The defense projects dead last in S&P+ and they will be breaking in a new OC with a squad that lost two RB’s during fall camp. I lean UCF -24.

New Mexico State looked awful on Saturday night against Wyoming. They come into this game 0-1, after running for -9 yards and averaging just 1.9 YPP. New Mexico State, also, didn’t have their away jerseys ready for this game:

Minnesota will be starting a true freshman QB tonight with an offense that projects 111th according to S&P+. The Gophers will have another solid defense this year. I see this one a low scoring affair.

This should be the sneaky good game of the night. Wake Forest is the more talented team of these two, but will be without their starting QB Kendall Hinton. They’ll come in with a QB that started fall camp 4th on the depth chart. RB Matt Colburn and WR Greg Dortch will help out the offense, but their attack will not be as potent as it would be with Hinton in the backfield.

Tulane runs the triple-offense with QB Jonathan Banks. Wake Forest loses a lot in their front 7, but Dave Clawson will have the defense prepared after having an entire camp to prepare for the triple-option. Overall, this defense projects 54th in S&P+. I see this game 24-21. I wanted to take Wake Forest -7, but the freshman QB scares me. I’ll ride with the under.

This is the game of the night. The big question for Northwestern: how does Clayton Thorson look coming off of his ACL tear? Reports are that he has looked ready to go in practice. Game speed is a different element, though. RB Justin Jackson graduates after being a bell cow, but sophomore Jeremy Larkin (Barry’s nephew) is a great replacement. He rushed 83 times for 503 yards last year and may be more explosive than Jackson. Northwestern’s offense projects 63rd in S&P+ and will be going up a Purdue defense that returns the 5th least production in the country. Purdue’s offense will be the main attraction for the Boilermakers. Elijah Sindelar is great at QB and will lead an offense that is controlled by Jeff Brohm, one of the brightest offensive minds in college football. I can’t get a good feel for this game but lean to Northwestern after last year’s 23-13 victory.

All lines are taken from My Bookie at 5:40 PM