What a performance by LSU. Nick Brosette was impressive:

LSU’s offense left a little bit to be desired (under 300 yards, just 4.4 yards per play), but Joe Burrow was good enough to put up enough points and let his defense go to work:

That defense was phenomenal, holding Miami to just 4.2 yards per play (much lower if you take out 2 big passing plays when the game was out of reach) and held Malik Rosier to a 42.9% completion percentage.

A tough loss for Miami and U fans everywhere: 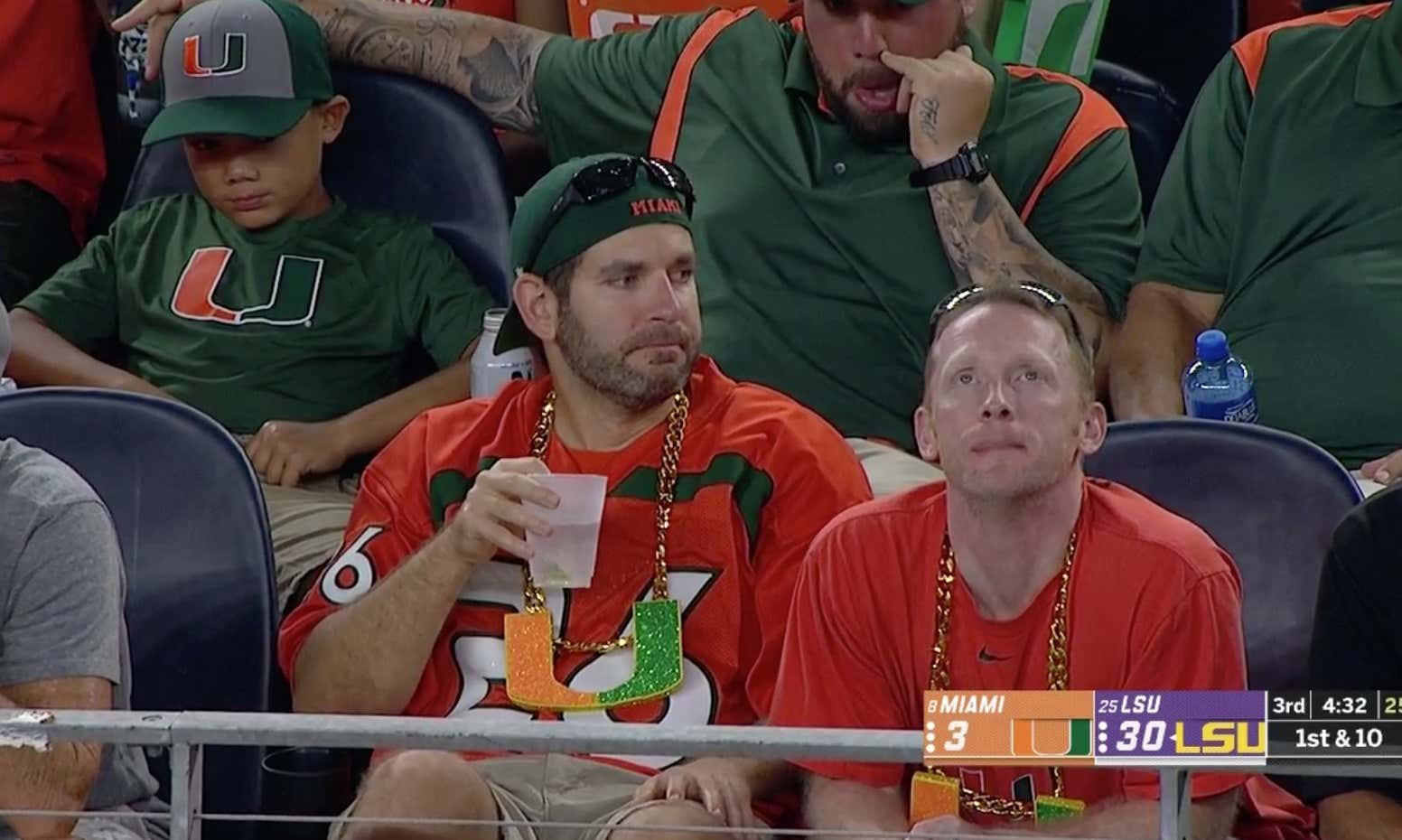 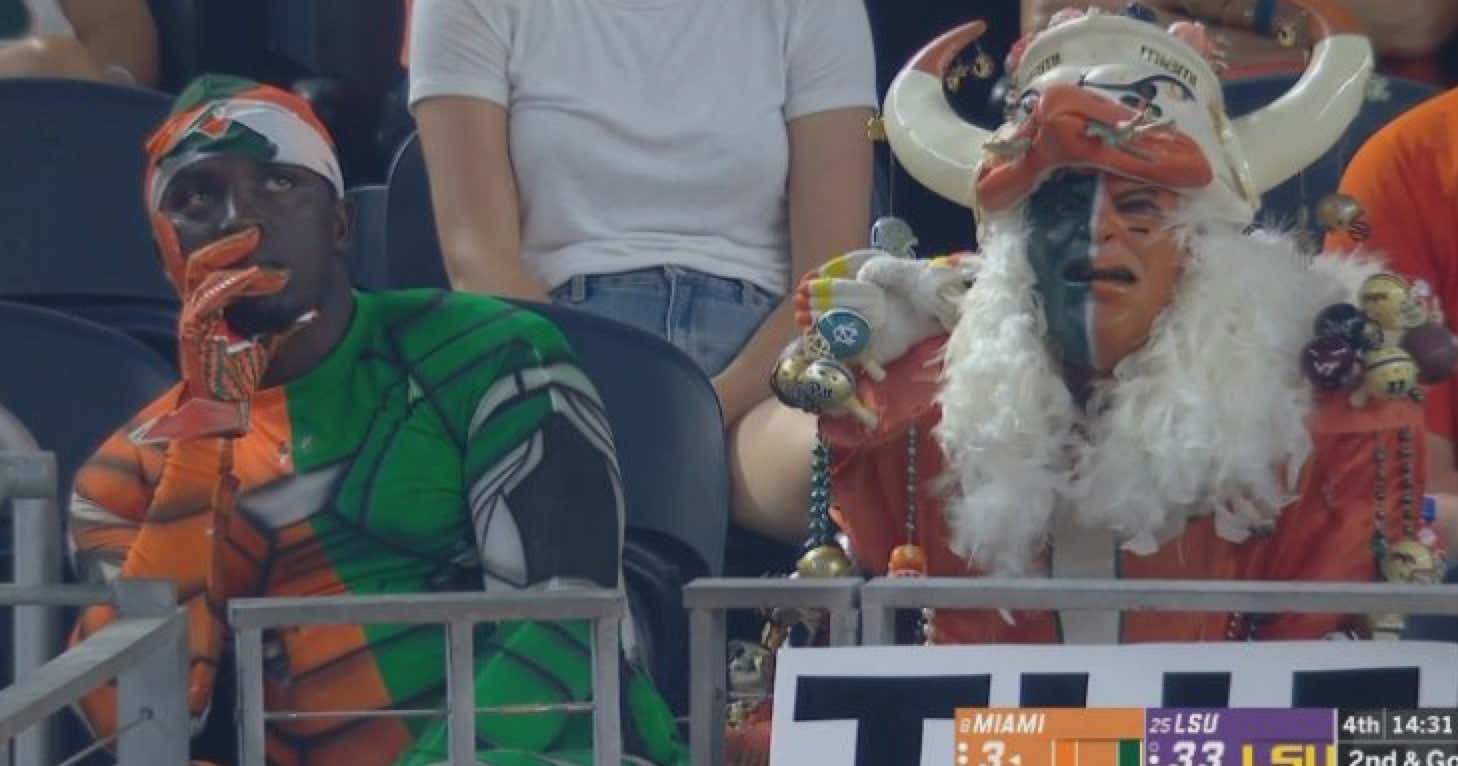 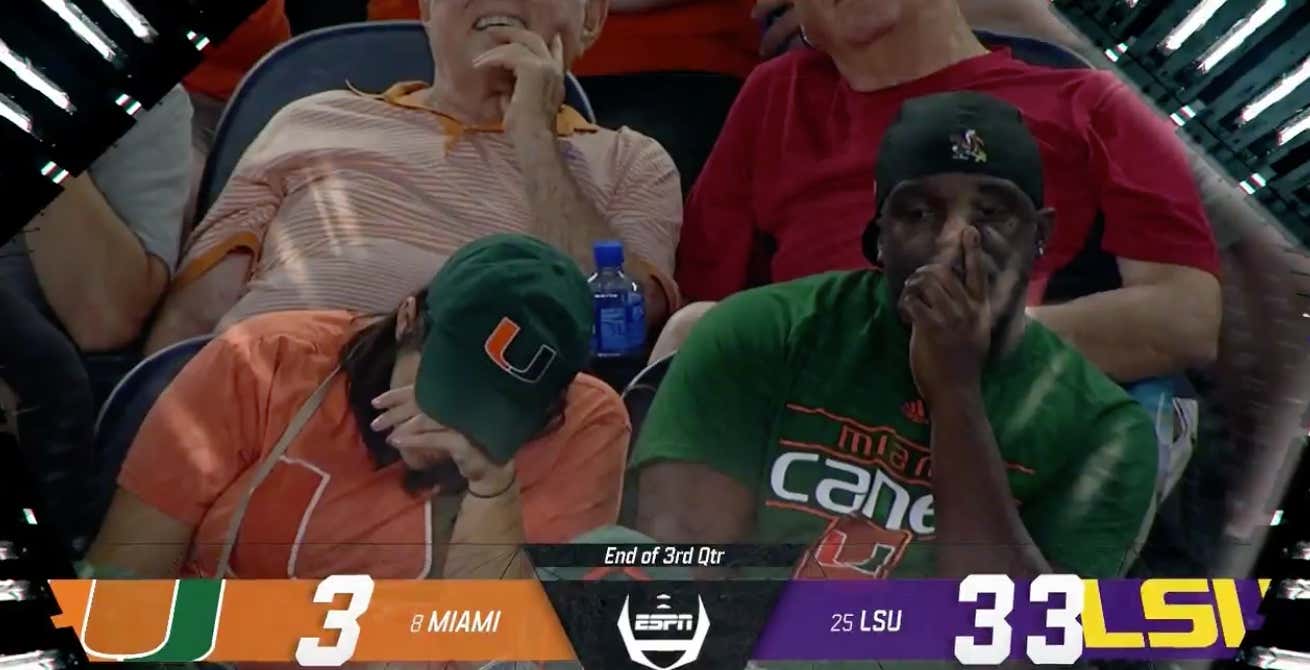 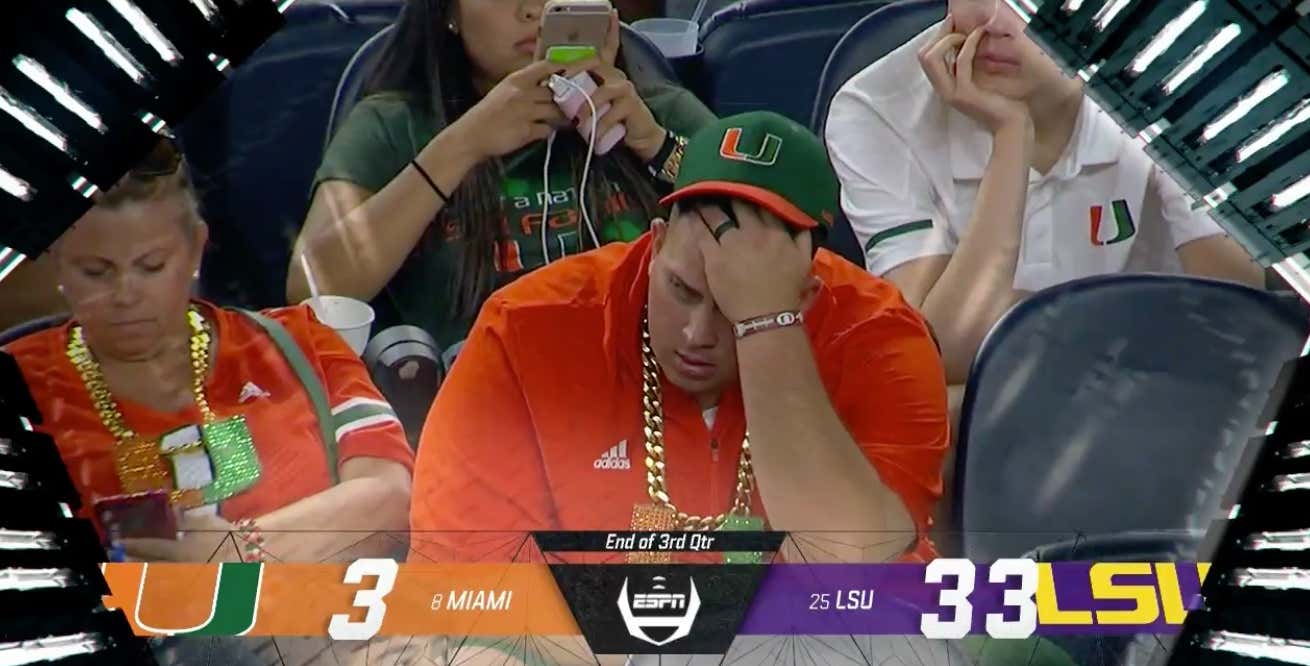 I was very surprised by LSU’s performance. That is great news for Coach O and LSU’s potential in the SEC. They still have a brutal schedule ahead, but this Tigers team could be heard from late in the season. Thinking they would take a step back in 2018 seems to have been a bad preseason prediction by me.

Miami just made too many mistakes to win this game. I was on the Canes -3.5 and that turned out to be an awful bet (one of many by me this weekend). At least Miami had this fan for support: