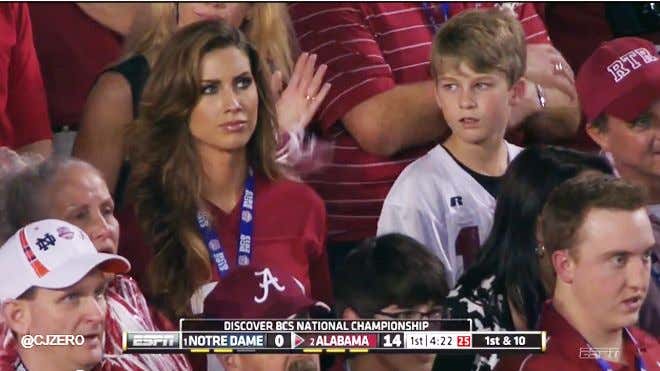 The Raiders had an eventful weekend. Trading Khalil Mack and picking up Buffalo Bills QB AJ McCarron. A lot of Raiders fans were left scratching their head, but Brent Musburger, the new radio play-by-play guy for the Raiders, seems to be very happy with the moves by Jon Gruden & Co.:

Brent, of course, is known for fawning over “Mrs. McCarron” during the 2012 Alabama-Notre Dame National Championship game:

My favorite part of this video is the kid to Katherine’s right just staring at her with zero shame:

Brent was criticized for this moment, but can you blame him for appreciating the beauty of the former Mrs. Alabama? 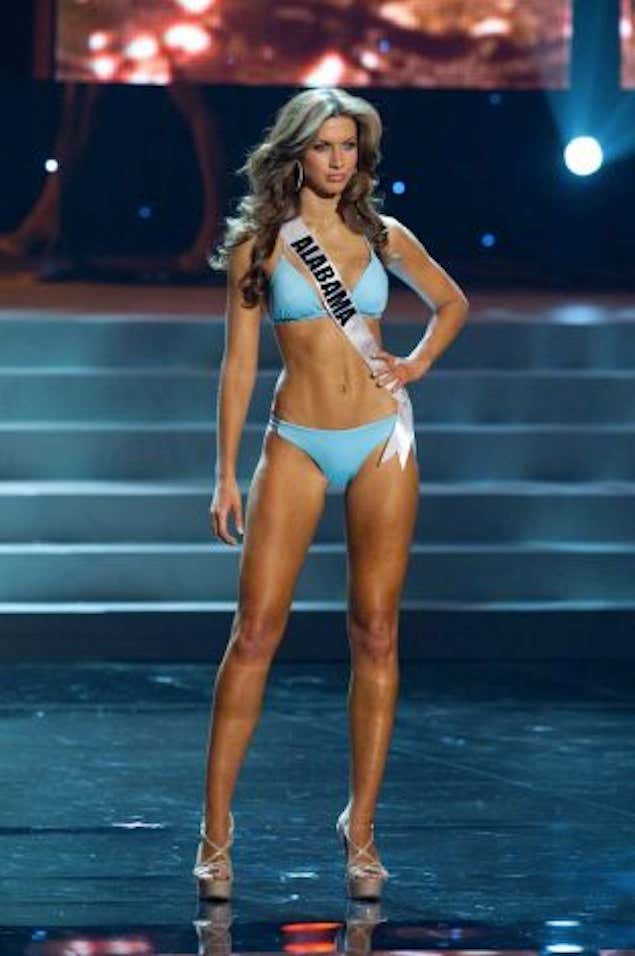 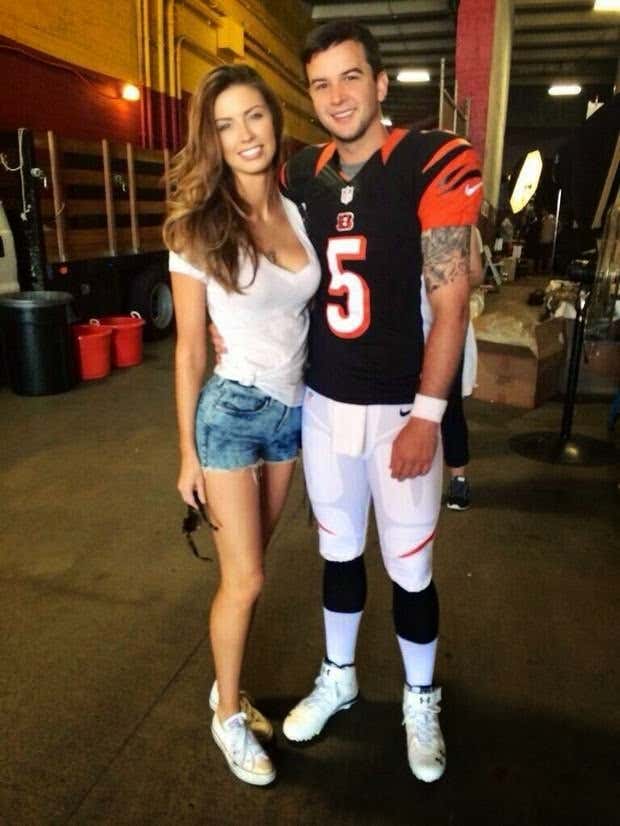 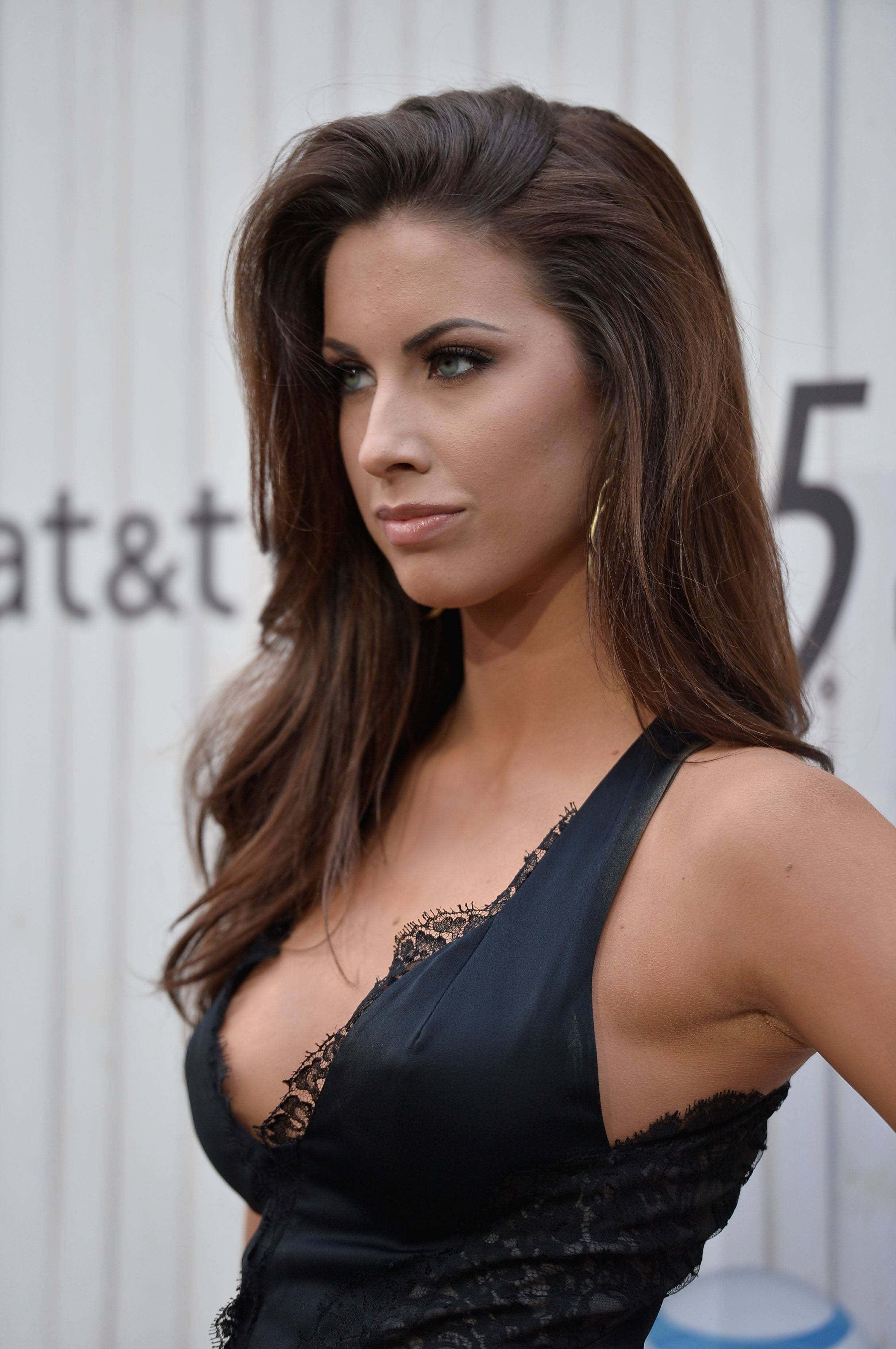 McCarron’s NFL career has not gone to plan, but I think he’s doing fine off the field: