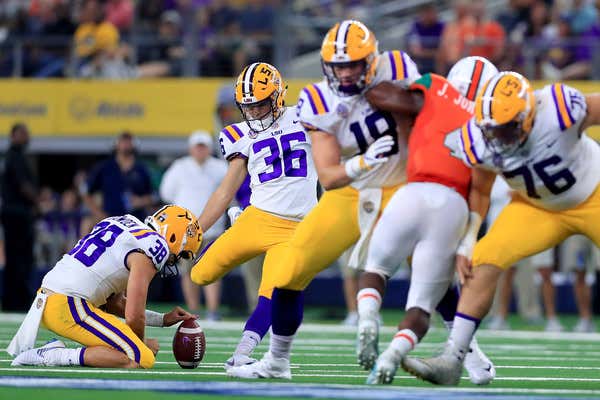 Cole Tracy had a hell of a Sunday night. Going 4/4 for the LSU Tigers, with a long of 54 yards, which ties the LSU school record:

Cole Tracy comes as a transfer from Assumption College in Worcester, Mass (s/o to all Worcester stoolies). This is where he used to play: 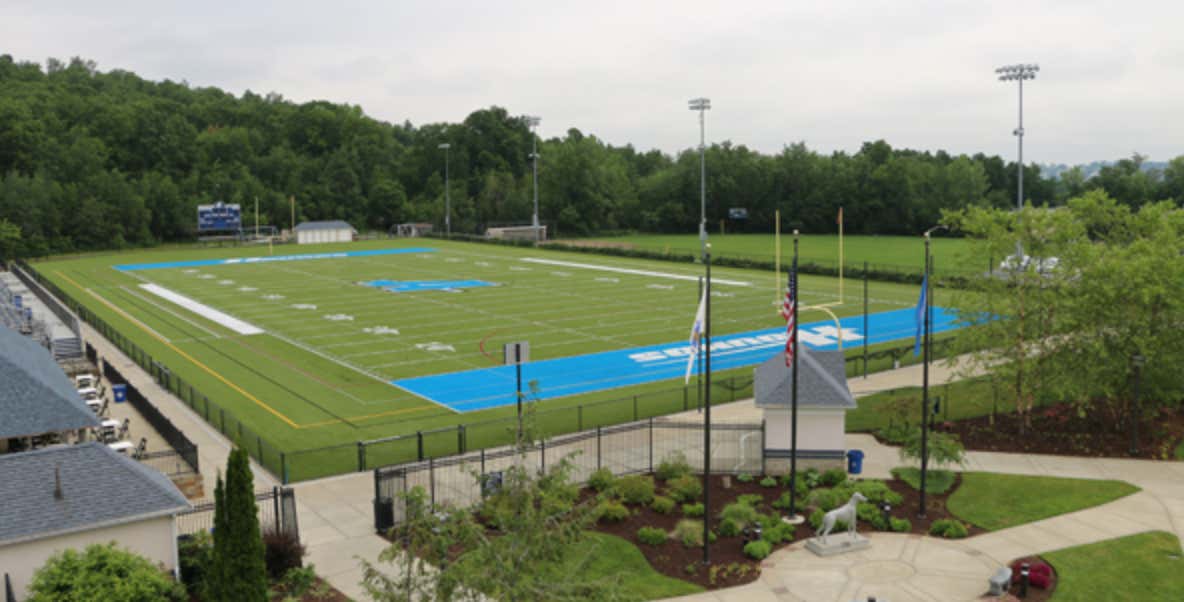 Look at the stands: 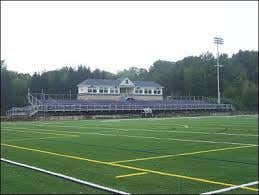 The name of the stadium? “Multi-Sport Stadium,” which in my mind barely qualifies as a name. It seats 1200 and has some sort of “Hound Pound” within the middle of the stands:

Source-Seating 1,200 fans in the stadium’s bleacher seating, the stadium also has the “Hound Pound” area located within the main grandstand area.

Cole Tracy went from that, to kicking in Jerry’s World: 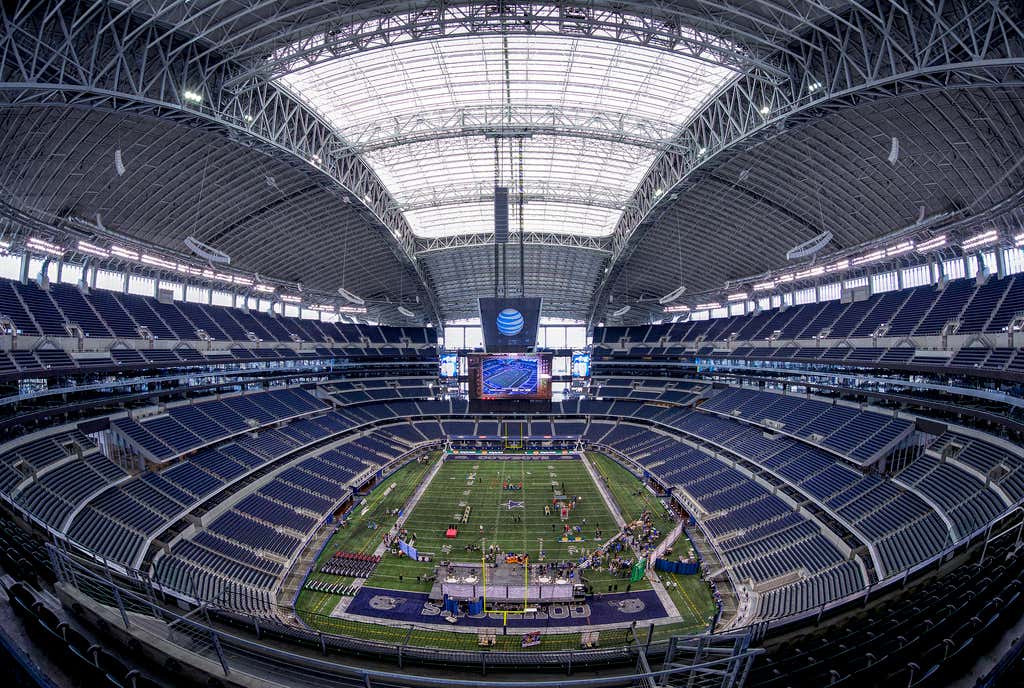 NOLA-It was with those smaller venues in mind when Tracy arrived at the 80,000-seat home stadium of the Dallas Cowboys and turned to LSU special teams coach Greg McMahon and said “these uprights seem the same size as they do in Worcester.”

At Assumption, there was only so much coaches could do to replicate that environment. During practices, Chesney had players and coaches — more than 100 people — circle around the snapper, holder and kicker and scream as he attempted kicks. Or they’d crank up the music. Or do both.

He’d have to make five in a row for the team to get out of running sprints.

The adjustment from kicking at Multi-Sport Stadium to Jerry’s World must’ve been a lot, but I’d say adjusting from going to school at 2,000 student Assumption College (liberal arts) to LSU. I’m sure the parties are a bitttttttt better.