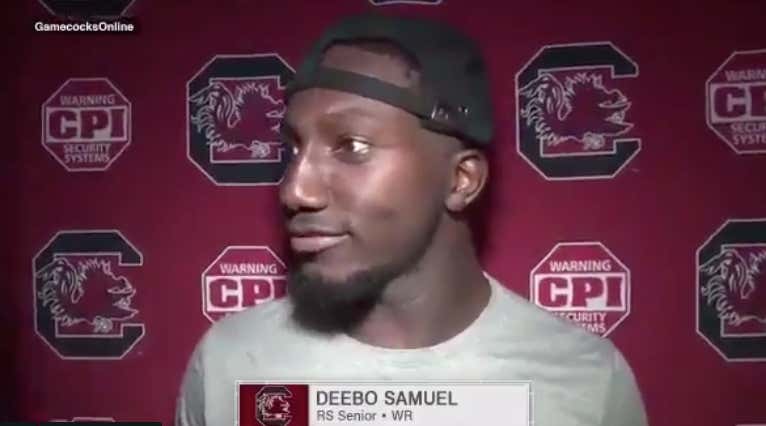 In one of the marquee matchups of week 2 in college football, Georgia will be heading up to South Carolina. The line currently sits at Georgia -10, with a total of 55 points. The hype for South Carolina is as high as it’s been in the Will Muschamp era and the Cocks are already dishing out the hate heading into this game:

This is the type of hate we sign up for week-to-week during football season. Deebo (what a name) knows very well who DeAndre Baker is, but he’s giving him no respect heading into this game. Will it come back to bite him in the ass? It very well may, but it’s a win-win for college football fans.

Baker is at the top of most draft boards and mock drafts at the moment. Matt Miller has him going 18th, while Draft Wire has him ranked 16th currently. He’s a stud. Deebo Samuel is a stud in his own right, look at the catch he made over the weekend:

Former South Carolina TE Tori Gurley has made a guarantee that South Carolina is going to come out with a victory on Saturday. Georgia has turned that guarantee around and made it bulletin board material: 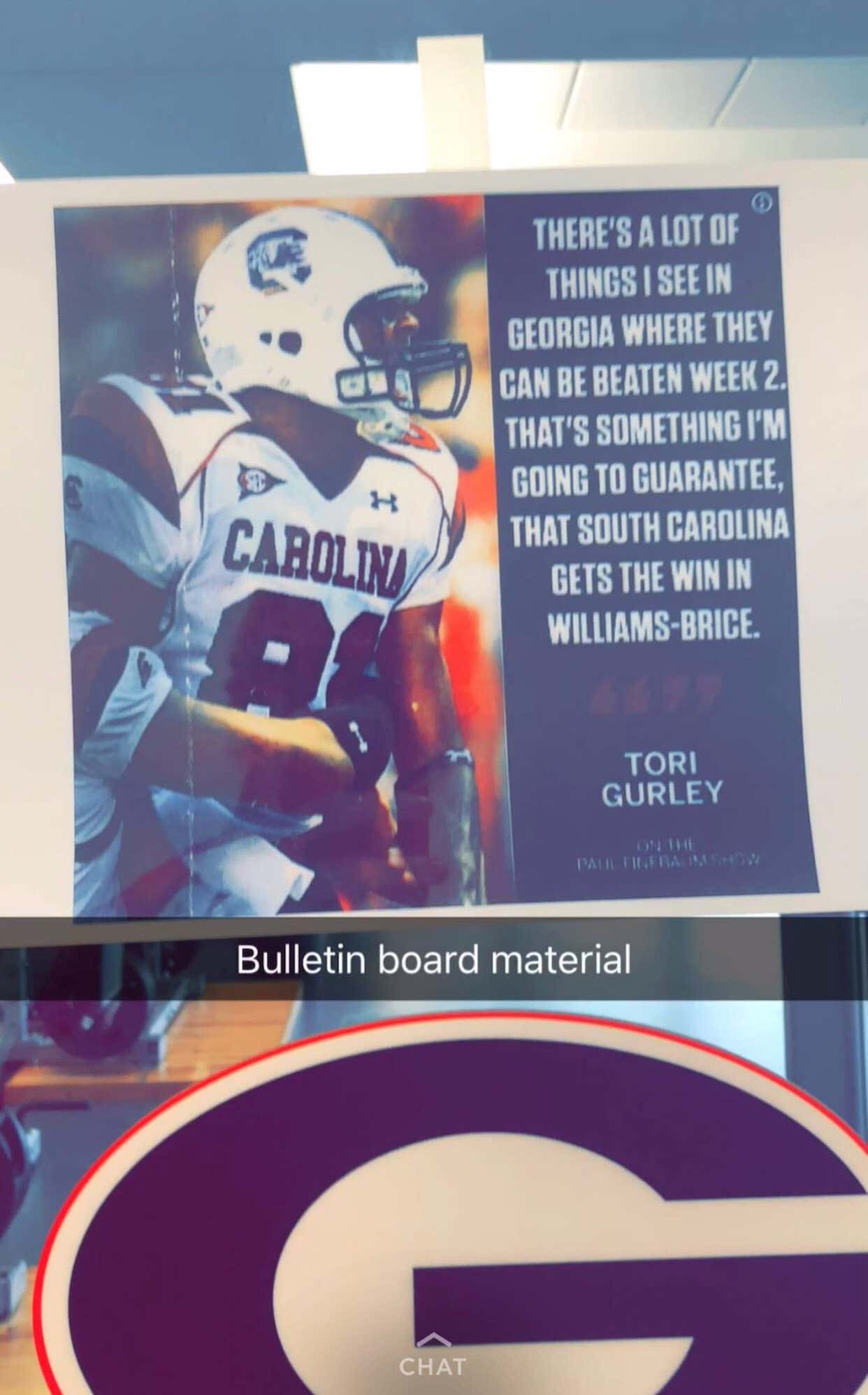 Saturday should be fun.