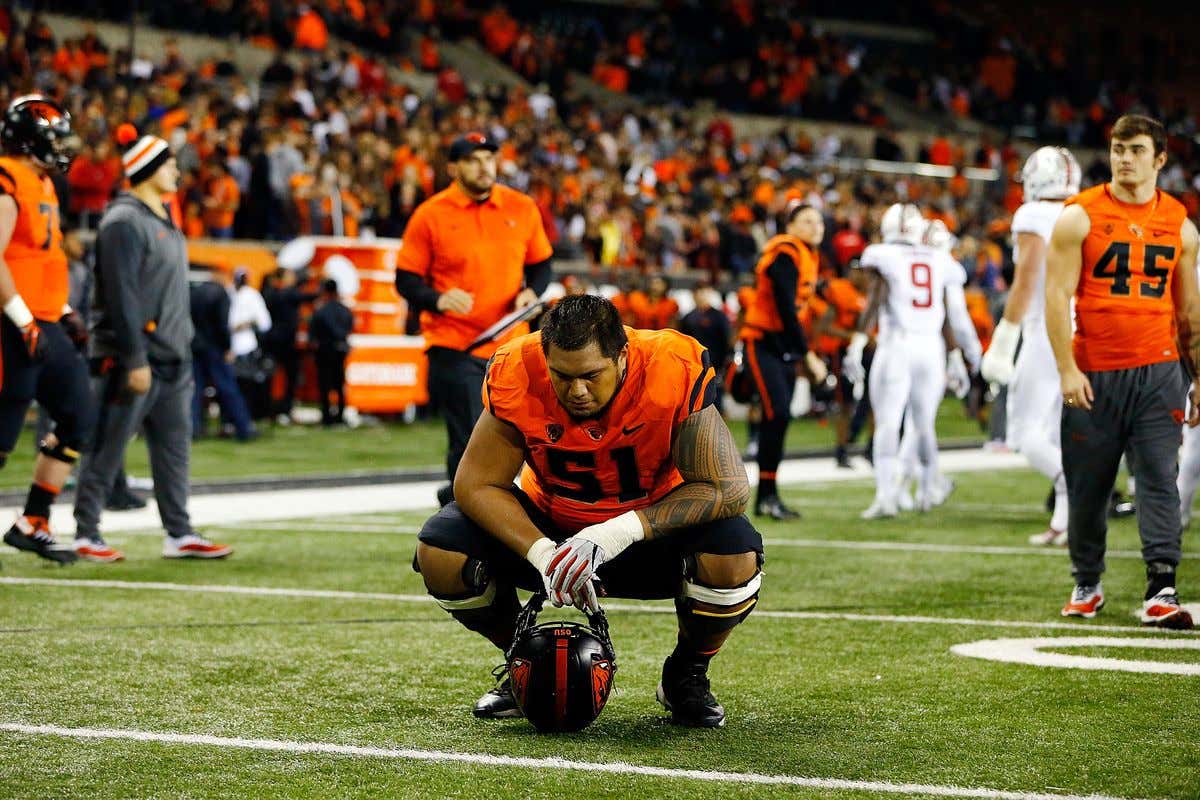 Oregon State went over to Ohio State this past weekend for an out of conference opener in the battle of the OSU’s. It didn’t go well for the Beavers in their first game under Jonathan Smith, losing 77-31 to the Buckeyes.

Some stats from that game:

-Ohio State gained 3.2 more yards per play (doesn’t sound like a lot, but it is)

SOURCE-“We won’t do it this way,” athletic director Scott Barnes said on a Portland radio show. “This game was scheduled several years ago… it was a one-off, payday against a perennial top-five team. That’s not our philosophy. Our philosophy is that we’ll play the middle of the Big Ten, the middle of the Big 12, we’ll play a group of five team and a FCS team… building momentum means everything right now.”

The humility here is kind of refreshing. Scott Barnes said what a lot of AD’s won’t: “yeah, we are playing this game for the money.” In the future, Oregon State’s OOC schedule looks a lot like the mediocre one that Barnes outlined:

What does this say about the NCAA as a whole? I don’t want to make a huge stretch here, but pimping out your players to play for a big payday (most of which they won’t see) for the school in a situation that risk of injury increases isn’t great. It does bring in money to the program, though, which goes to better facilities, apparel, etc. Also, when a team like Oregon State gets a chance to play at Ohio State, players get to play on national TV, increase their exposure. Like most in college football, there is a bunch of give and take here.

One thing is for sure: Oregon State stinks. A throwback to when Ochocinco put on the Beavers jersey: