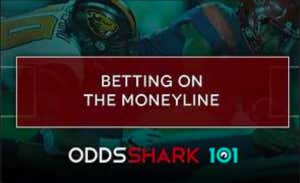 Welcome to Gambling season and I will be slinging out winners all season long on Mondays and Fridays. Last night was a tough start to the NFL season being that I had the Falcons but OddShark is going to bring me to the promise land. Usually I go off my gut but with OddSharks research they make it a lot easier to win. With that being said I know my name is Mush but its my time for a heater. Mush to the Moon.

All the talk is about how Le’Veon Bell isn’t playing but it seems like people forget that the Browns still STINK. James Conner is going to fit right in and Antonio Brown is still the best receiver in the league so they always have that going for them. Cleveland is 3-14 ATS in there last 17 home games. Hard Knocks always hypes the fans up but take a look at the Buccaneers last year.

This almost seems like a trap but I am a loyal better and have taken the Patriots in the first week for the past five years. They haven’t failed me once but with Deshaun Watson coming back and adding the Honey Badger it should be a tight one. OddShark threw this stat at me and I was sold, the Texans have lost seven straight games to the Patriots by an average margin of 16 points.

Andrew Luck is back but is he? Last we heard he was throwing undersized footballs and looking like Uncle Rico with his new Mustache. I am definitely intimidated by its time for the Bengals to use all there offensive weapons. John Ross showed that he remembered how to play football this preseason so that should take off some coverage on AJ Green. The Colts have an impressive record against the Bengals but the Cincy is 6-2 ATS in there last eight.

NCAA -LOCK OF THE WEEK

Alabama has some BAD stats in week two ATS spread. They are 1-7 in the past eight years in week two against these caliber of teams. Tua is no joke and he is coming for defenses necks this year. Even when he gets pulled Jalen Hurts well put in some work and at least win by 45. All Alabama has is Football and its opening weekend for them. ROLL TIDE

Seattle Storm -4.5...First game of the WNBA Championship and its Seattles trophy to take home.

Cubs -131 is also easy money with Lester on the mound

Make sure to follow @marty_mush on Twitter to thank me how much money we are going to make together. I cannot wait to be on my couch for 32 hours this weekend. Shout out OddShark for all of my research.