This chain is a 100,000,000/10 on the chain scale only rivaled by the likes of Gucci’s Bart Simpson chain and 50 Cent’s spinning G-Unit chain on the pantheon of all time chains. At first look I estimate this chain cost no less than $10,000,000. Last year’s was strong, and it represented The U’s resurgence back to college football relevance. But I’ve gotta be honest with myself here – I am OUT on Miami bringing the turnover chain back at all this season. 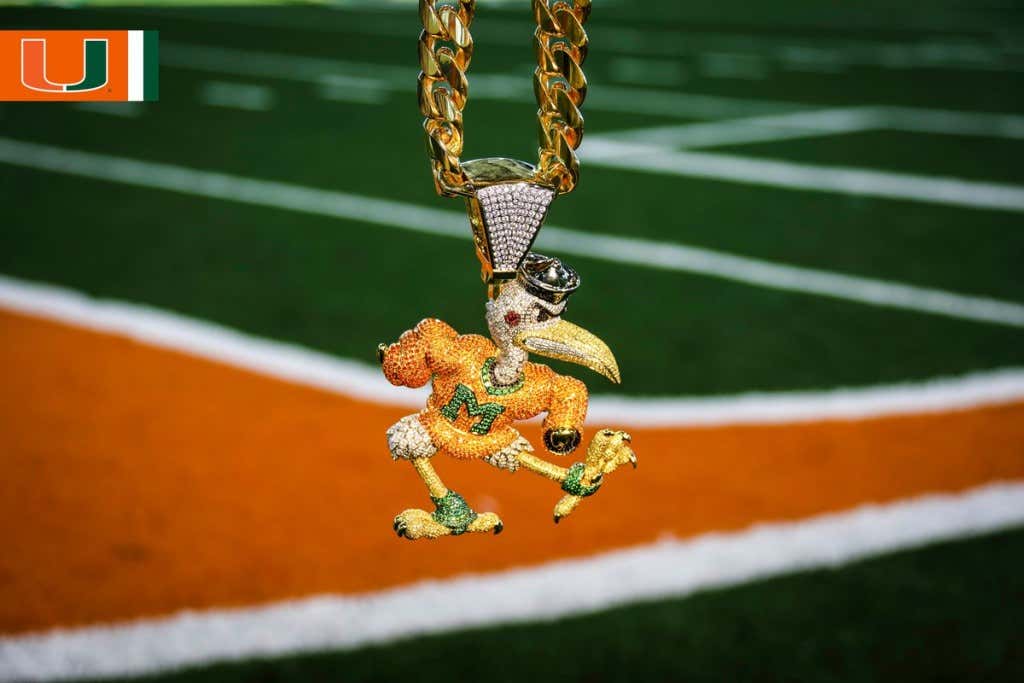 This isn’t about the chain itself – just what it represents. The Miami Hurricanes for decades were one of the great programs in the entire sport. They weren’t a traditional blue blood like an Oklahoma or Notre Dame, but once they started openly paying players like those blue bloods they quickly caught up and started dominating. Last year was the first time in a long time The U looked like The U of old. The only difference is they just didn’t win anything despite having a golden opportunity to do so. To bring it back to Boston, because that’s all I know how to do, I had the same feeling when the Red Sox brought back the Win, Dance, Repeat outfield celebration a year after they got throttled in the playoffs. It just doesn’t have the same mystique as it did a year ago, and it certainly hurts to debut a week after getting manhandled by LSU.