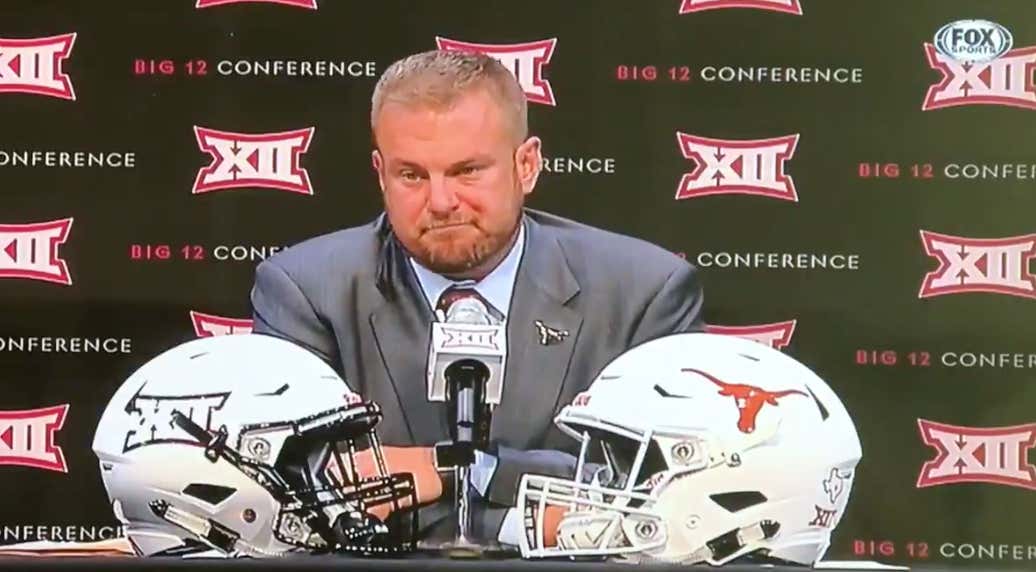 Week 1 didn’t go as planned for the Texas Longhorns. Tom Herman started off his second season as Texas head coach with his second consecutive loss to Maryland, who was without their head coach.

This week it didn’t get much better with a 7-point victory against Tulsa. After the game, Tom Herman, who is paid $5 million a year to blow out teams like Tulsa and Maryland, commented on how hard it is to win football games:

Well, Tom, you ain’t wrong. Especially when you only have “some” elite players:

Everything is a mess at Texas right now, even the Longhorn Network:

-Tom Herman loses out on a recruit to Zach Smith/OSU, tips off Brett McMurphy on Zach Smith past, starts one of the biggest CFB controversies of the 21st century (this kind of fell off the radar, but from my #sources, this is pretty much confirmed).

At least they’ll always have this moment: