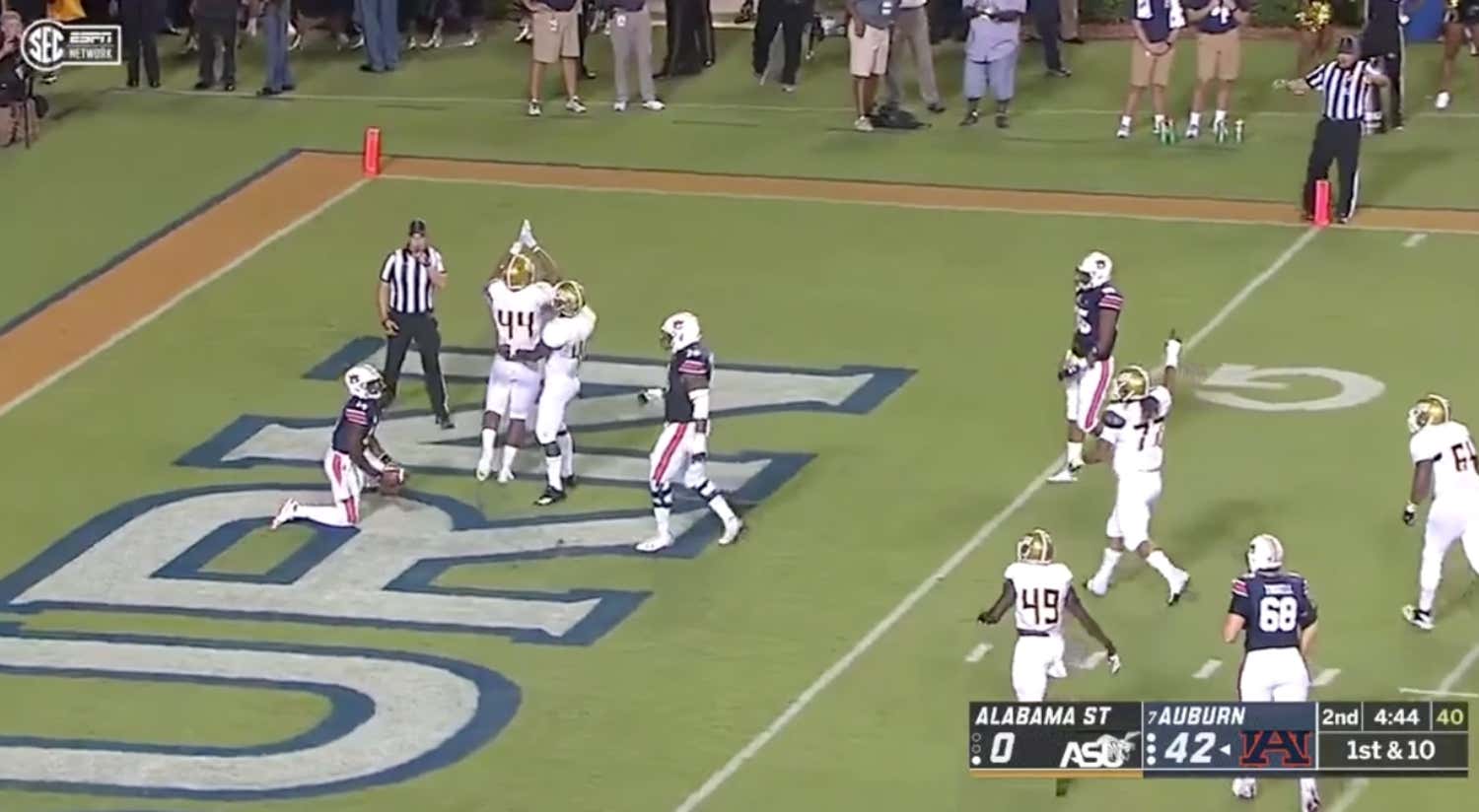 Southern Illinois set a damn record in the first half:

With 5 minutes left in the 4th quarter, Hawaii and Rice had a combined 50 points. Hawaii had the ball at their own 1-yard line.

3 and a half minutes later, the total went over:

Total heading into the 4th: 31 points.

To make things worse, Wisconsin could’ve just run out the clock when they had the ball on the goal line: 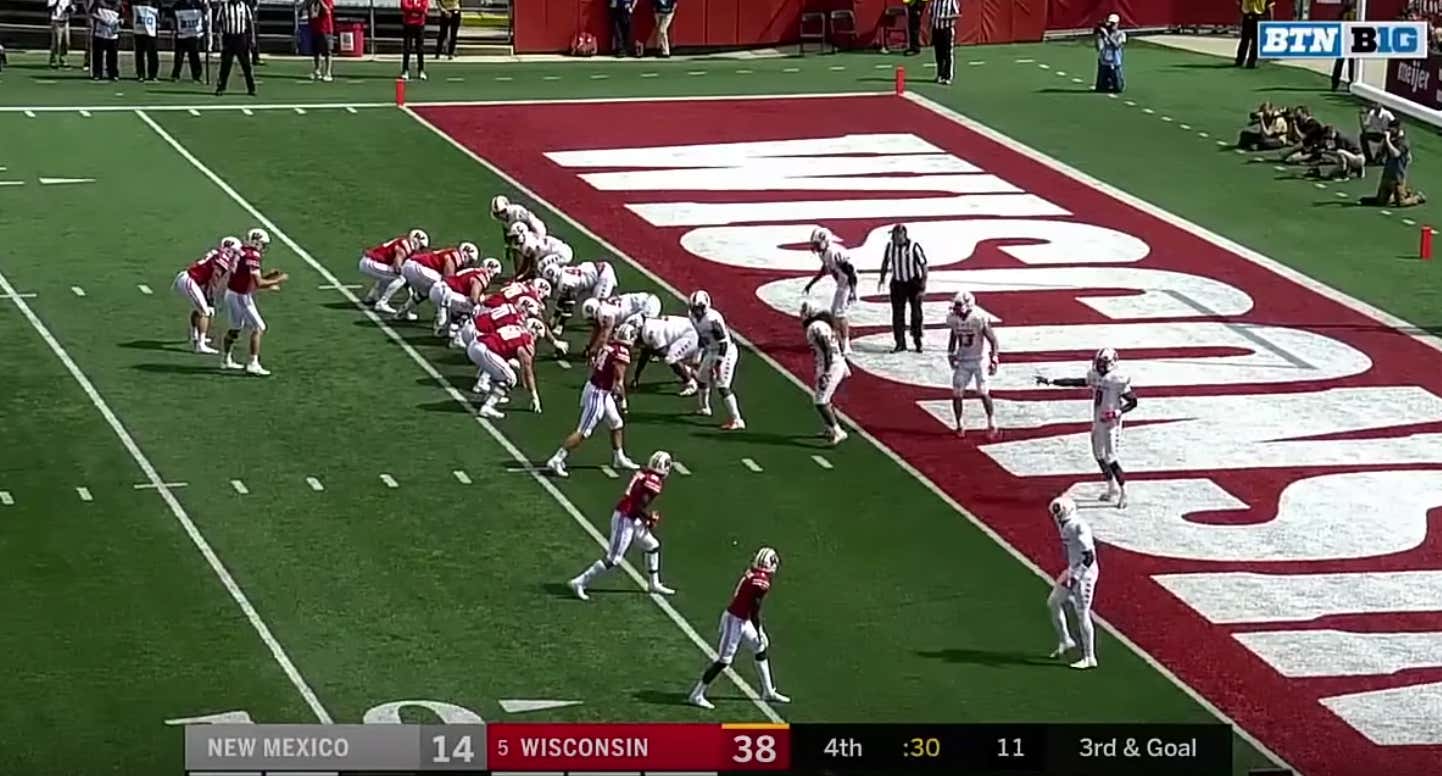 24 points in the fourth. 21 of them by a guy on one leg, including a brutal blown coverage to put the game over:

It was 7-3 at the half, so you really shouldn’t have been anywhere near ticket cashing territory, but 2 missed field goals and a late interception in OT was just a troll:

With 1:30 seconds left in the game, Oregon sneaked into the end zone to make the score 62-14. All Oregon -48.5 backers needed was the extra point. That didn’t happen.

Auburn was dominating Alabama State in the JV Iron Bowl. They even took out their starters before halftime. Malik Willis came in for his first play of the game up 42-0. Just run out the clock, buddy. Don’t do anything stupi…OH NO:

If you were on this game, please know I prayed for you last night.

There were two separate lightning delays during this game that lasted a combined 6 hours.  Before the 4th quarter started, it was the longest game in NFL history:

The good news for under backers was the total was at just 10 points. Then 34 points in the 4th happened thanks to 2 kick return TDs and a 75-yard bomb from Ryan Tannehill.

If you had the under, you waited 7 hours for this bad beat. Nobody deserves that.

Look at that almost tackle at the end!

He almost gave the ball away!!!! 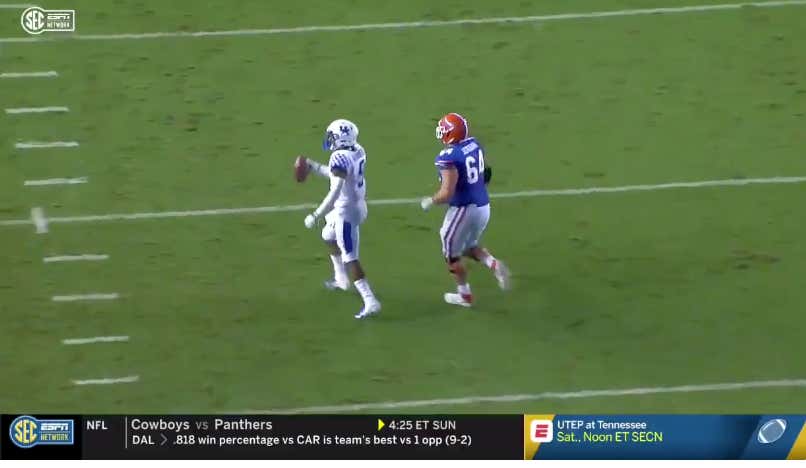