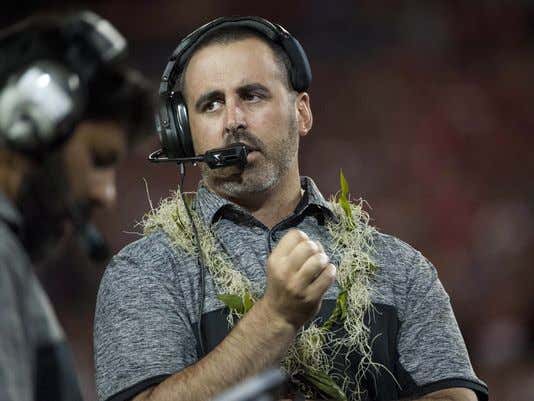 On Saturday night, Hawaii took down Rice 43-29. Their game ended around 3 AM EST. Their next game is against Army, this Saturday. Some facts about that:

-The flight from Hawaii to NYC is 10+ hours.

-EST is 6 hours ahead of Hawaii time. Hello0oooooooo Jet Lag!

-Hawaii is going up against a team that threw around 5 passes per game last year. In 2018, Army threw just 7 passes last week. This may be good news for Hawaii, as if they aren’t awake at game time, the triple-option offense can serve as their alarm clock:

Imagine waking up at 3:30 AM local time and having to get your body ready to go up against the triple-option offense at 6 AM. BRUTAL. On top of that, Hawaii is currently allowing 5.21 yards per rush in their first 3 games.

Hawaii is leaving Wednesday afternoon and will have a few days to adjust their body clock, but regardless this travel situation has to be one of the worst in college football history. Hawaii has done this before, in 2010 they played Army in this exact situation and ended up winning:

At the moment, Army is a 6.5-point favorite: