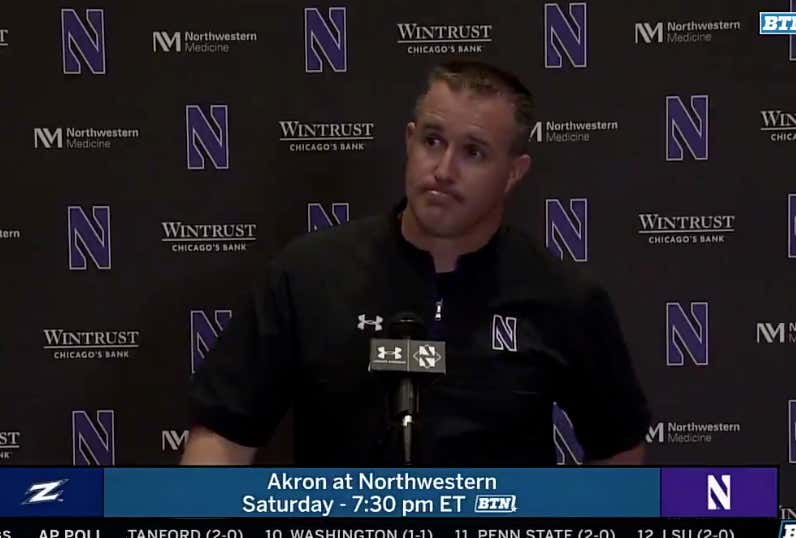 Old school football guys versus the new offense on the block will forever be one of the best rivalries in sports:

SOURCE-Enter Pat Fitzgerald at Northwestern – a forever defensive minded coach at a school known for their effective use of the spread offense dating back years and years.

Coach Fitz is not a fan of run-pass options, going as far as to compare them to communism during today’s presser.

“An RPO is the purest form of communism. I just don’t understand how offensive lineman can be downfield.”

“It’s the most en vogue change in football, and if you’re a purist of football, it is not the game. People downfield blocking, and the ball being thrown. It should be illegal.”

Don’t show this quote to the Northwestern kids! They’ll have Fitzgerald’s job by the end of the day!!!

I hear a lot of talk on the interwebs about the brewing of a second civil war in America. Those people should’ve been keeping a better eye on the return of the Cold War. Pat Fitzgerald vs.  RPO.

It’s probably best that college coaches don’t get into politics too much, but a weekly #FootballGuys politics show would be a must watch for me. Have it be a rotating cast with college coaches across the country. Just one hour of college coaches going over politics. First cast: Pat Fitzgerald, Coach O, Jim Harbaugh, Nick Saban, and Mike Leach.