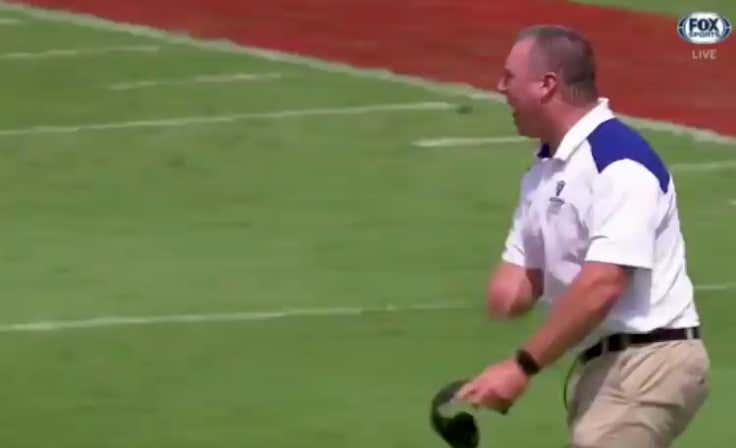 Shawn Elliot has taken the lead for #FootballGuy of the week:

Here is the clip of the moment where Shawn Elliot supposedly tore his bicep fist bumping:

I’d assume the tear happens around the 29-32 second mark.

Coach Elliot was obviously excited to go up 7-0 on North Carolina State. The torn bicep was sort of a bad omen for Georgia State.

Week 3 of #FootballGuy of the week is going to be a hell of a competition. Pat Fitzgerald says the RPO is the “purest form of communism,” Pittsburgh coach won’t go home to his wife after 51-6 loss to Penn State, and now Shawn Elliot tearing his bicep celebrating a TD.

I aspire to be as cool as Steve Spurrier.