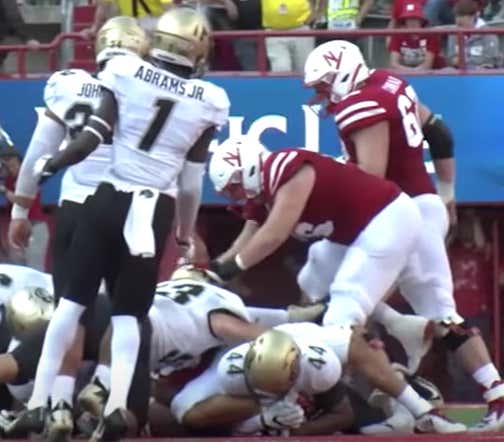 The controversial Adrian Martinez injury on Saturday sort of fell under the radar nationally. The initial angle shown during the game didn’t give justice to what occurred after Adrian Martinez was on the ground, which resulted in a knee injury. Nebraska has released better video and it does backup what a lot of Nebraska fans have been saying since Saturday:

There are two people you need to keep an eye on. Let’s start with #53. Martinez is clearly down and #53 Nate Landman is in a position where he can clearly let up and not hit the QB: 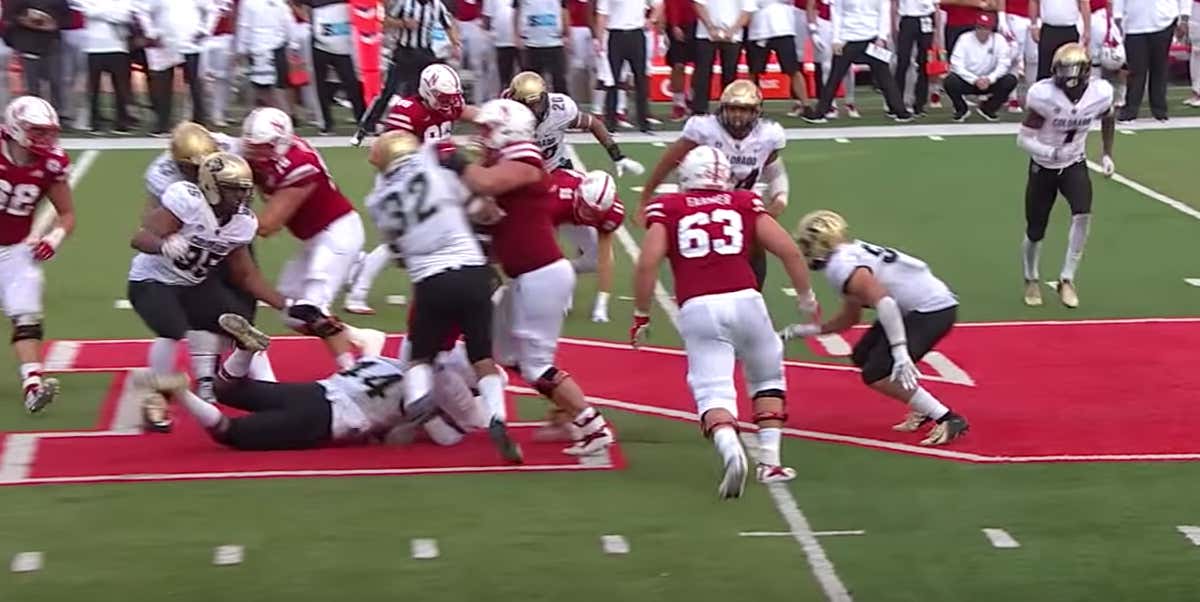 He still lays a brutal hit on Martinez. No flag was given to #53, instead, Nebraska was penalized on this play for holding. The penalty was justified on Nebraska’s center, but ironic considering what happened after the play happened with #53 and #44.

Now onto the truly gross part about this play, #44 holding onto Martinez’s knee and twisting it. The best angle for this comes at 0:20 in the YouTube clip above. #44 Jacob Caller clearly sees the play is over: 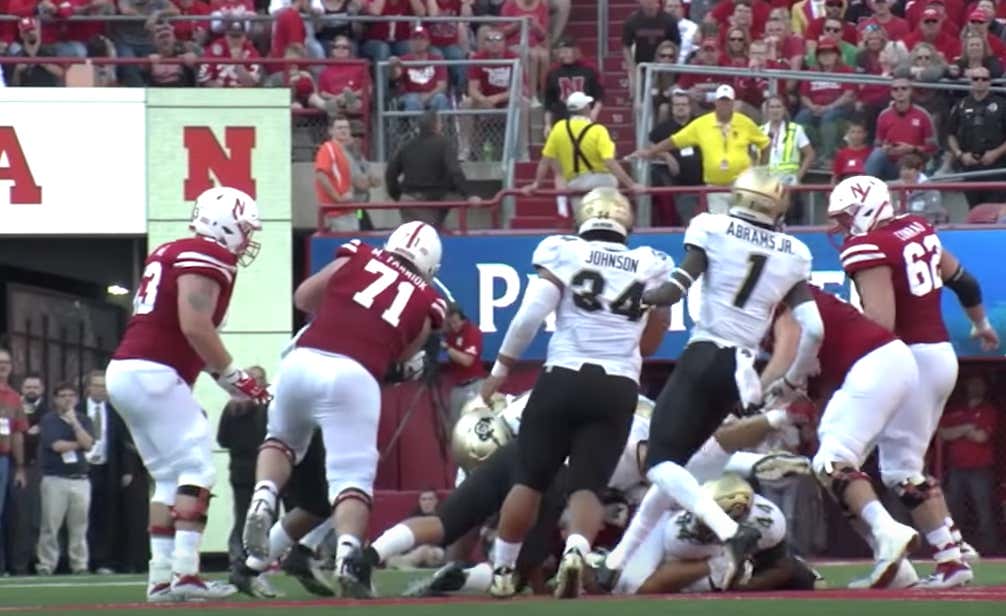 At this point, you should let go of the ball carriers knee. That’s not what happened. He re-clutches onto Martinez’s lower leg and rolls back onto it: 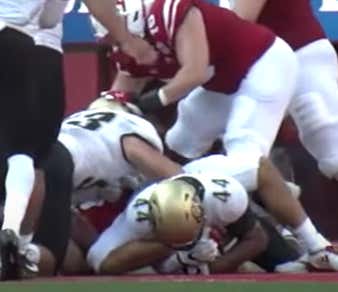 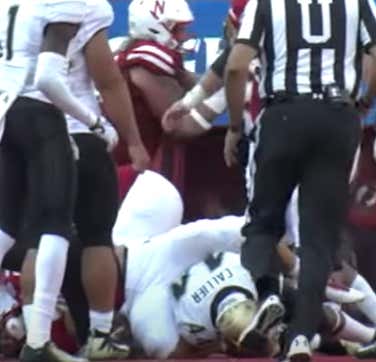 “Football is getting soft” has been a narrative for a few years now. I can get behind that a bit, but what went on here has nothing to do with that. This was a malicious act that, at the minimum, should result in some form of punishment for #44. There is zero place for stuff like this in football or any sport. Injuries happen in football, but when they happen after the whistle, there better be a justification and I don’t see one here (maybe #53 thought Martinez’s knee was on top of a Colorado player, but I’m still not a fan of that hit).

As of Monday, no Colorado players have been suspended: