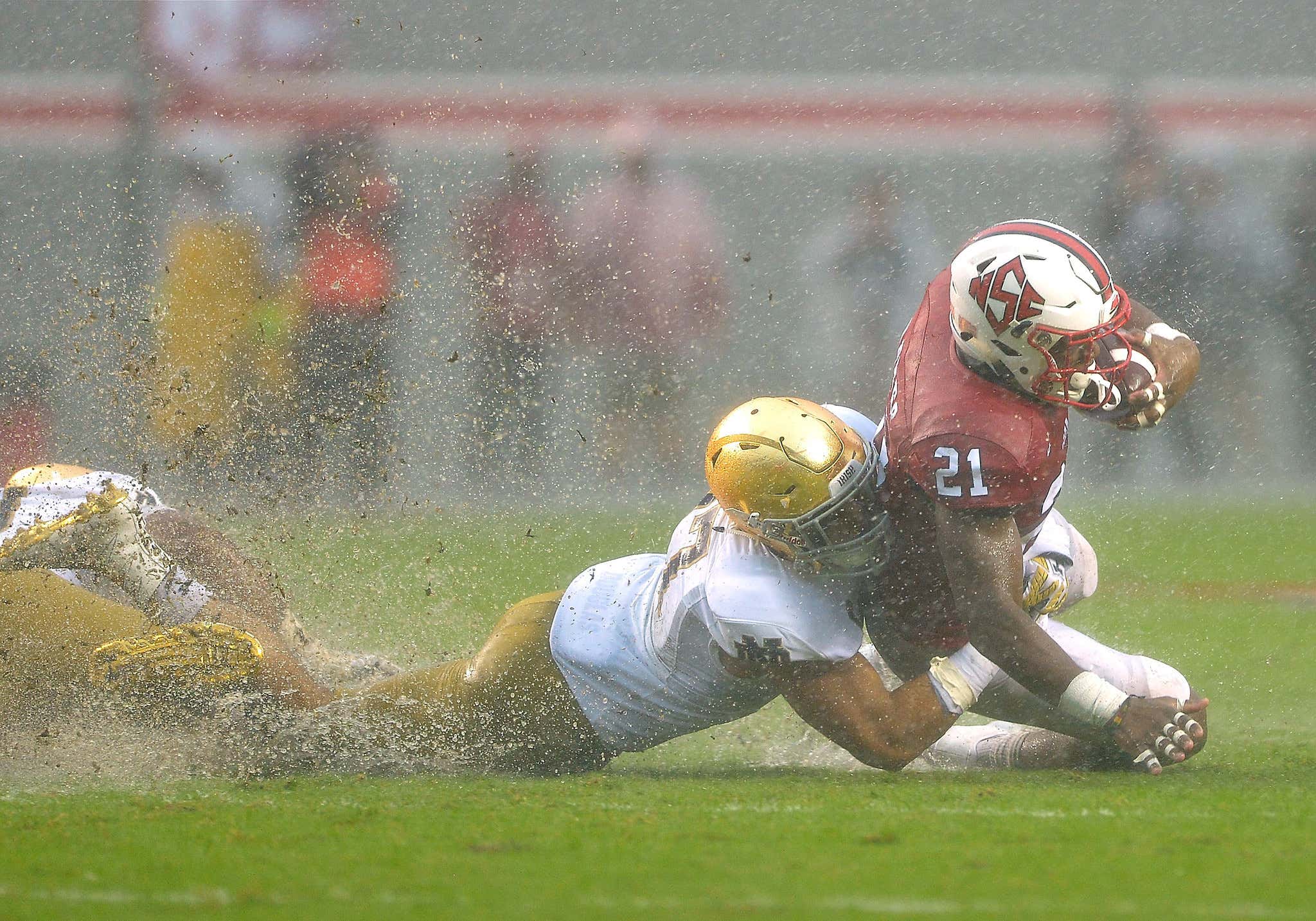 When it looks like a storm/hurricane is going to impact a college football weekend, I always think of the 2016 Notre Dame-NC State game: 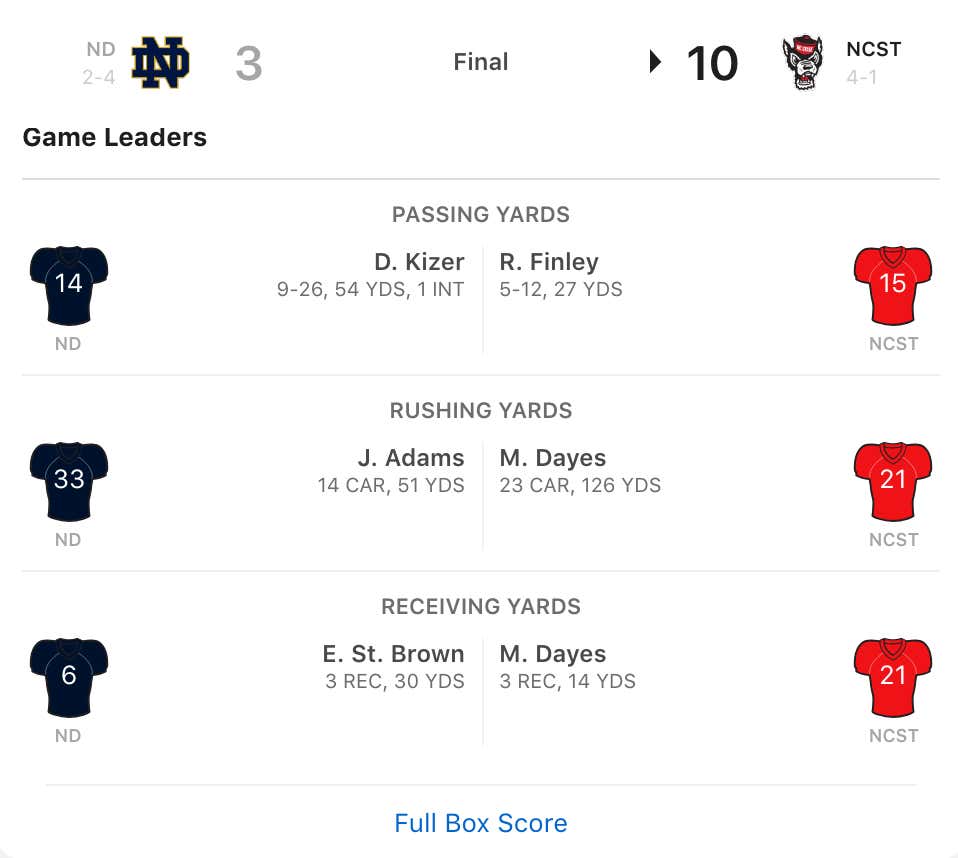 Why Brian Kelly had Deshon Kizer throw 26 times in this game is beyond me.

What are the games that could have similar results to the 2016 Slip’n’Slide bowl?!

This game was supposed to happen at 7:30 on Saturday. The weather for kick off: BEAUTIFUL

Doesn’t look like this one will be effected at all.

This game was originally scheduled for 3:30. Clemson is the only team in South Carolina playing on Saturday. Why? Who knows. There’s no plane ride involved for Georgia Southern according to Clemson’s AD, so I guess it makes some sense? I don’t know what Georgia Southern is going to do after this game. Good luck getting on the highways during the storm.

At this point, outside of the wind, this game won’t see much precipitation:

This game was moved to Nashville and will be played at Vanderbilt’s stadium. The weather in Nashville looks phenomenal on Saturday.

The weather looks a lot worse for this one than say MT-UGA, but does look like it will let up by the end of the game:

The total opened at 53.5, was bet down to 45 on Tuesday, and has since been bet up to 52.5, so the market is indicating that the weather will not be that bad.

Overall, it doesn’t look like we’ll have any crazy weather games thanks to cancellations and games being moved. As we all know, the weather changes, so we’ll keep an eye on it. I’m most interested in the Georgia Southern-Clemson game. If the weather gets bad, that game could be going under with a Georgia Southern cover while they control the clock running the triple-option.