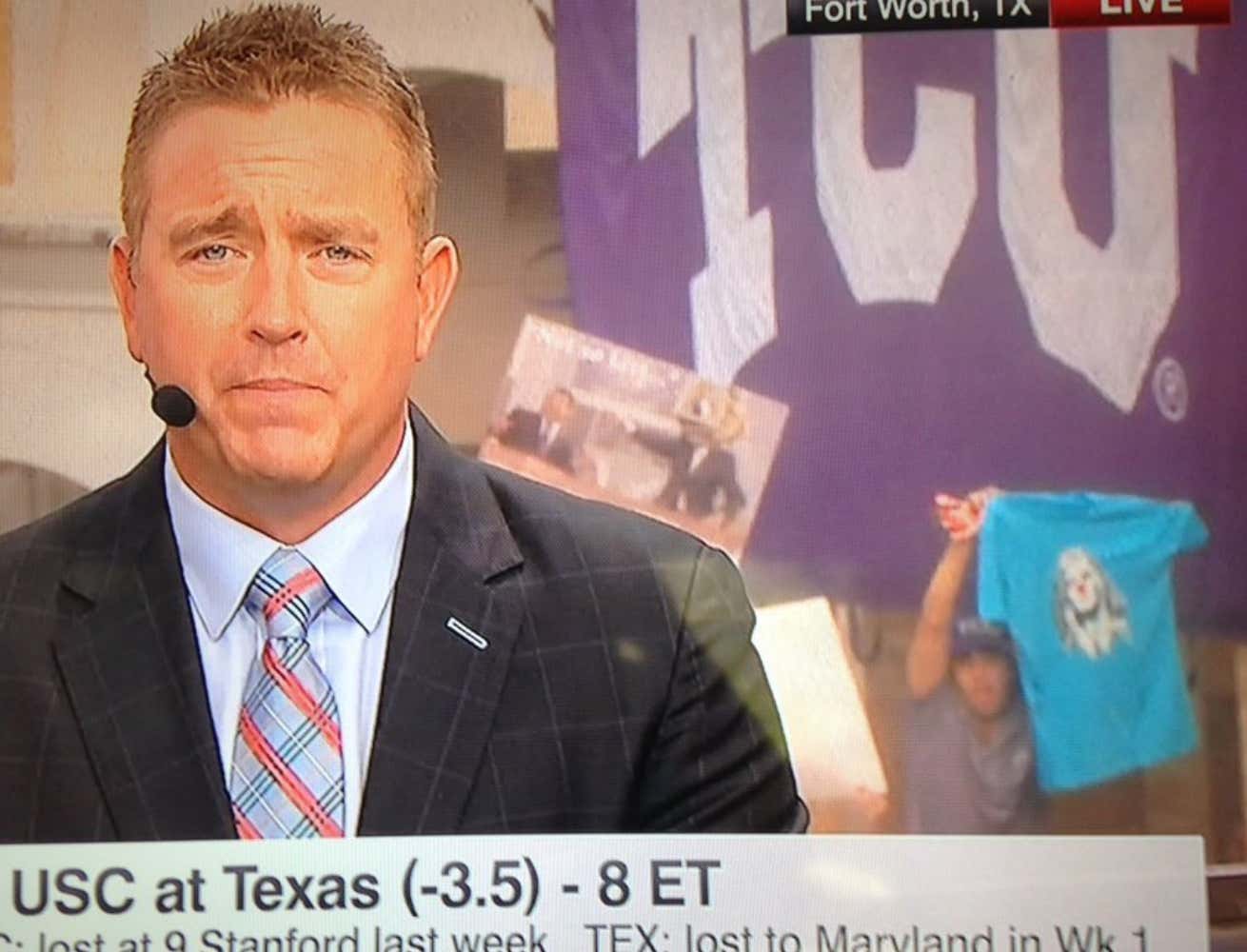 This morning, a few TCU students went to GameDay to practice their free speech (ever heard of the Consitution? It’s the first thing mentioned):

They were met with resistance from the fake news media that decided to silence yet another American practicing their free speech:

Here is a text from the TCU viceroy, one of the brave souls not afraid of the establishment: