SOURCE-The University of Maryland at College Park announced a new diversity support group this week to create a “safe space” for white students to discuss their feelings about “interactions with racial and ethnic minorities.”

The support group, called “White Awake,” will help white students who may “sometimes feel uncomfortable and confused before, during, or after interactions with racial and ethnic minorities.”

If there were a Black Mirror but about the possible problems of being too woke, this would be episode 1: 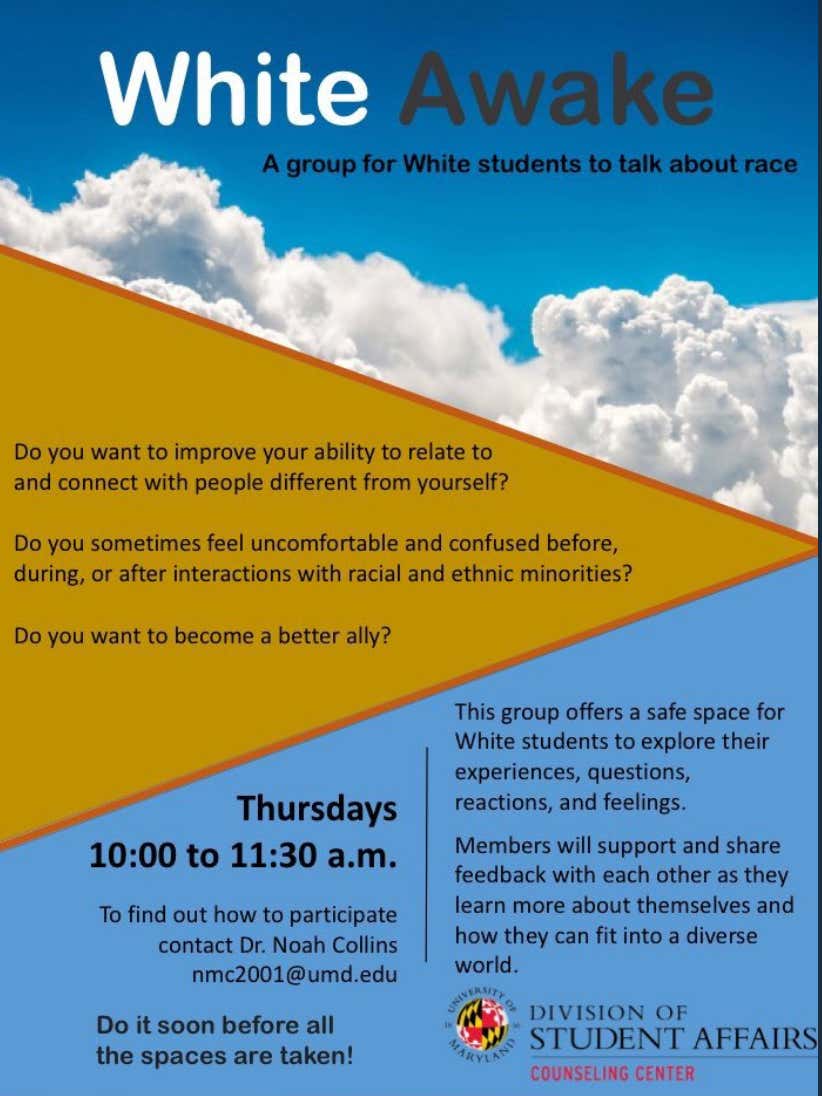 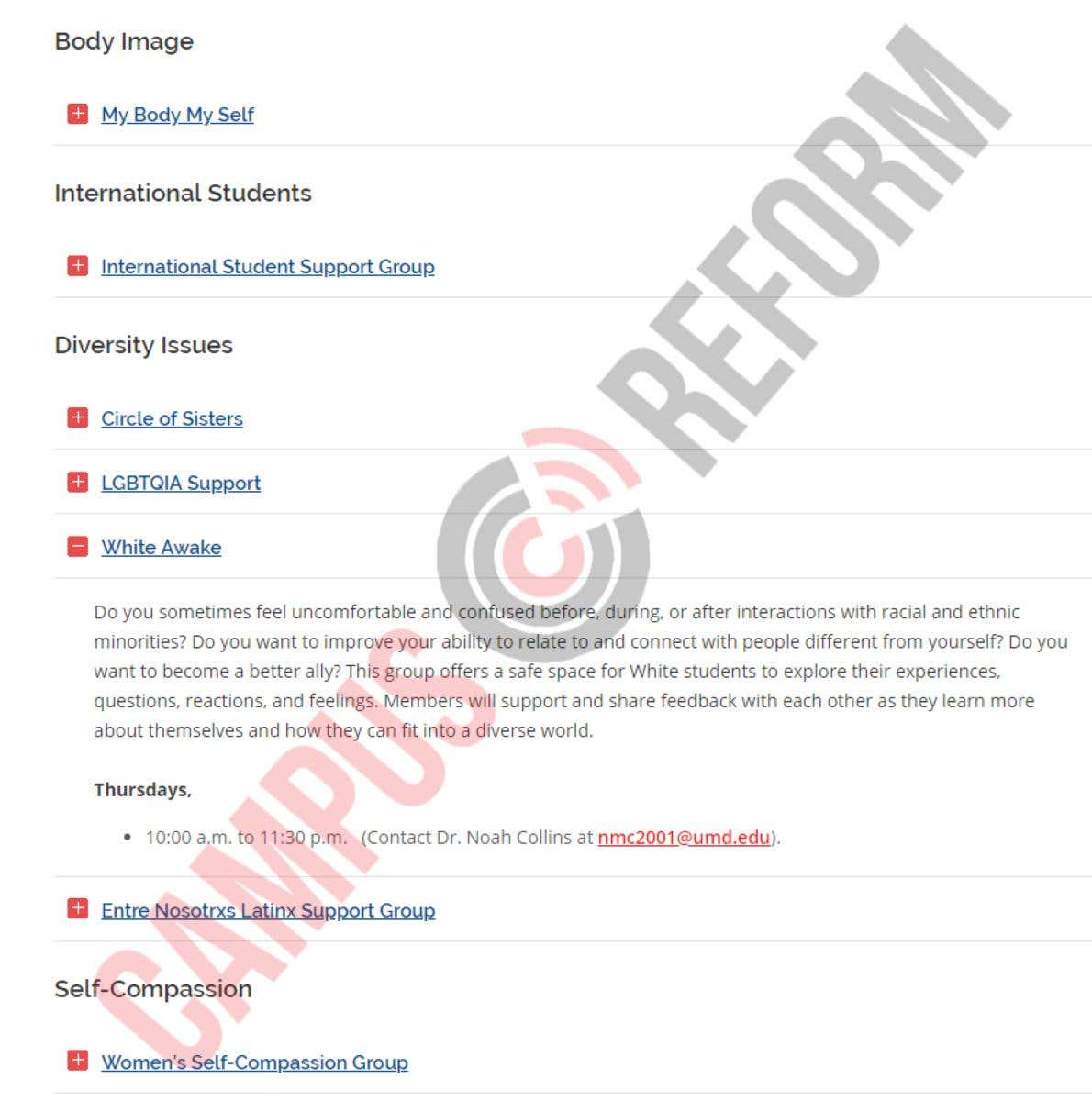 Who knows what one of these meetings were like. I imagine them playing out exactly like an SNL skit.

Maybe, just maybe, this was a group asked for by some students (I’d highly doubt it). If that was the reason why “White Awake” was introduced, it would’ve been much better if the counseling center at Maryland just told those students: “We’ll give you this counseling free of charge, right now. Here’s what you have to do: just don’t be a fucking asshole.”

There was obviously blowback:

Maryland has since changed the name:

After publication of this article, University of Maryland-College Park changed the name of the group to “Anti-Racism and Ally Building Group,” along with a shorter description, which reads,  “Do you want to improve your ability to relate to and connect with people different from yourself? Do you want to become a better ally? Members will support and share feedback with each other as they learn more about themselves and how they can fit into a diverse world.”