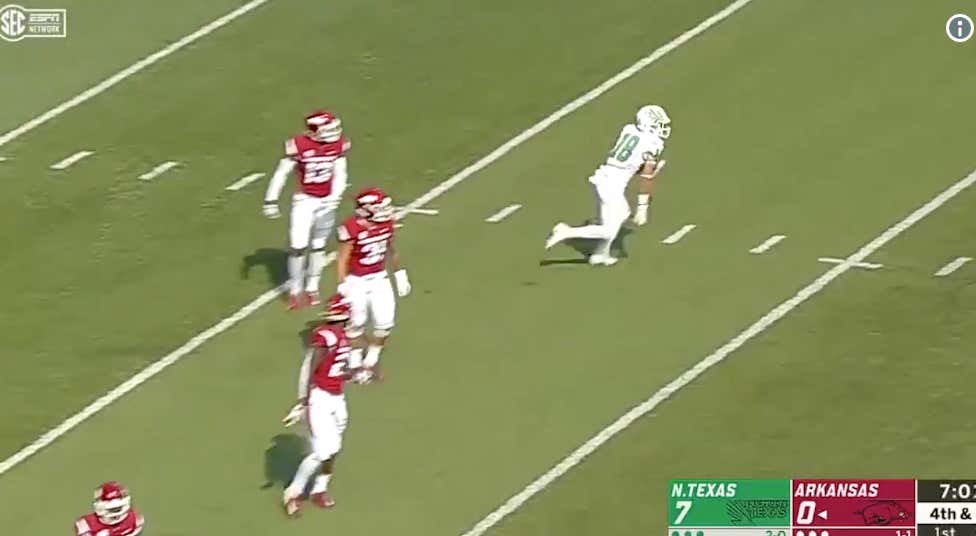 As I’m sure you saw, North Texas pulled off an all-time punt return on Saturday:

Arkansas ended up losing this game to North Texas 44-17 (lol). Although risky (the North Texas punt returner could have died), according to the current NCAA rules, there was no issue with this move by the Mean Green. Completely legal.

That may all change soon, though. As is accustom in America, when the anti-establishment outsmart the establishment, there are moves to force them to become silent.

SOURCE-However, the sly play by the Mean Green may end up being the last of its kind. Arkansas-based ESPN radio broadcaster Tommy Craft reported Monday that the NCAA Football Rules Committee is considering swift action that could eliminate similar fake fair catch trickery forever.

“Was told earlier today that NCAA FB Rules committee is considering a rule amendment possibly as soon as this weekend to close any loophole that would allow a Punt Return similar to UNT’s 90 yd score vs ARK,” Craft tweeted.

Do you think it’s a coincidence that this happened to an SEC and now it’s going to be banned?! The swamp needs to be drained!!!! Just ask the SEC!

In all seriousness, this move is probably for the better. The point of a fair catch is to protect players. If you add any vagueness to a fair catch, you risk players safety. Imagine if an Arkansas player realized the North Texas punt returner didn’t call a fair catch? 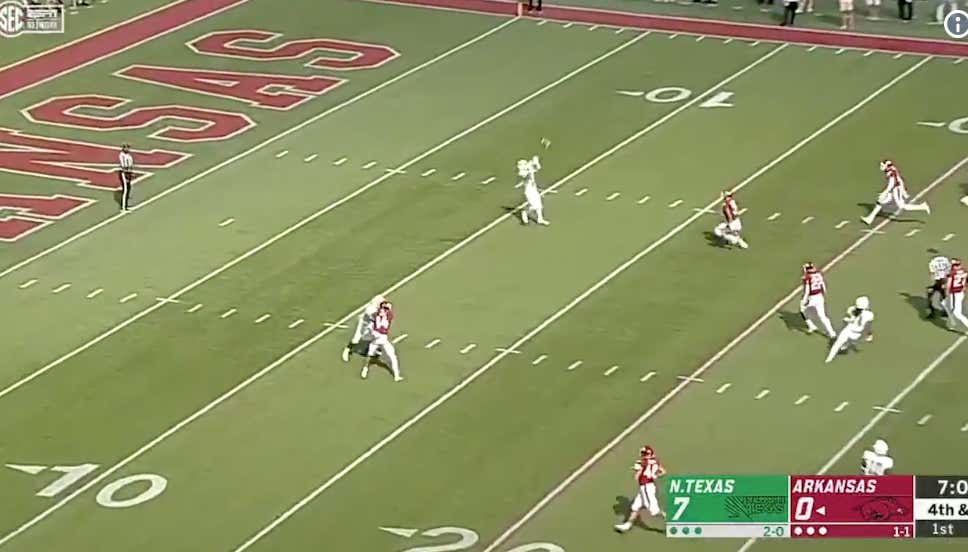 Any of these three could have had a 40-yard lead up to just lay out essentially a dummie: 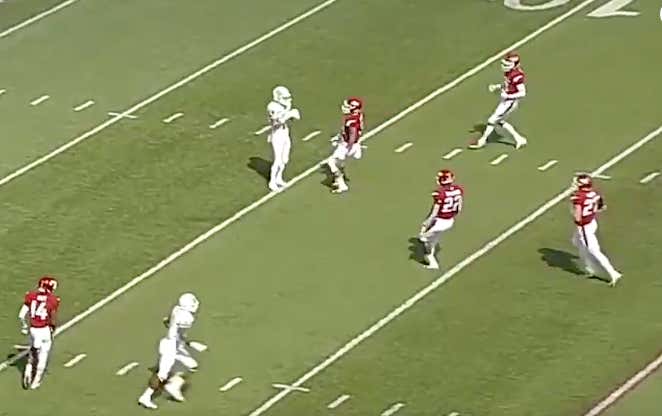 The opposite argument is one I also agree with. Football is a dangerous sport, if a coach wants to risk one of his players for a trick play, that’s his and his player’s decision.