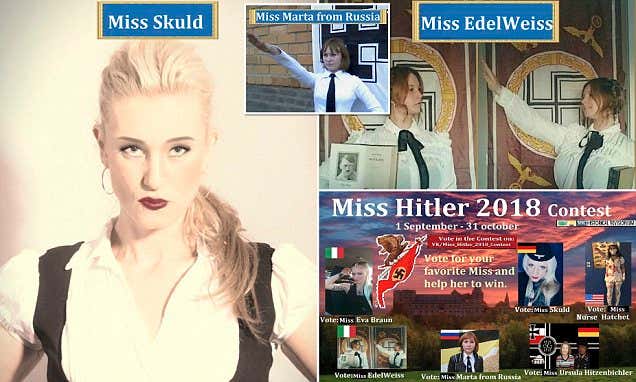 Today, I learned there was an online beauty pageant named “Miss Hitler:” 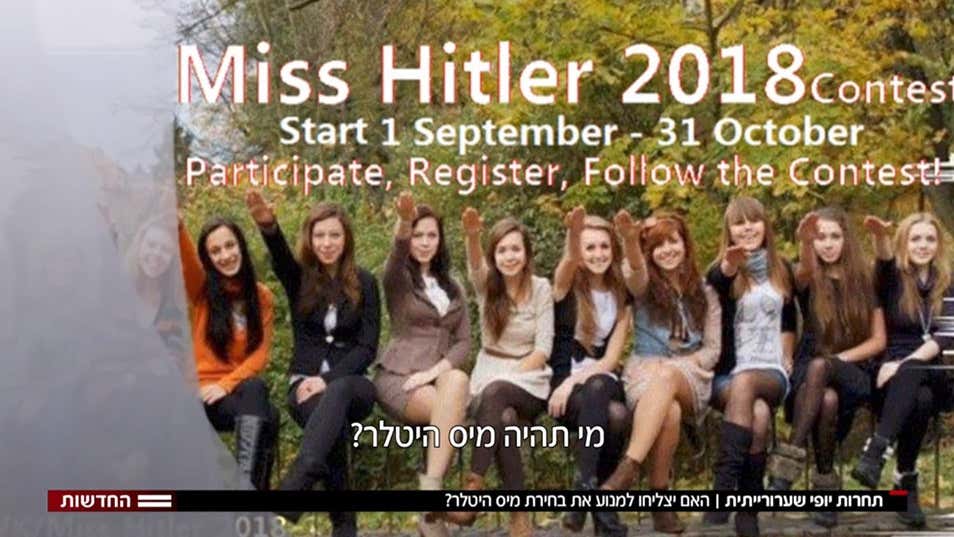 SOURCE-A beauty pageant for Neo-Nazis searching for a winner as ‘radical and fanatical for Hitler’ has been cancelled.

The online contest, held on ‘VKontakte’ – Russia’s answer to Facebook – had attracted finalists from all over the world.

The website was shut down after receiving more than 500 complaints for promoting extremism – but founders argued they were just celebrating ‘Hitlertarian culture.’

SOURCE-“The contest is a part of a network of thousands of Nazi sympathizers around the globe,” the Vocativ.com outlet wrote on Sept. 8.

Entries included U.S., Italian and Russian contestants who submitted photographs of themselves giving Nazi salutes, posing in front of swastikas and displaying other Nazi insignia.

It added that Russia’s media watchdog had blacklisted the page, which had advertised itself as promoting “the beauty of Hitlerian culture.” 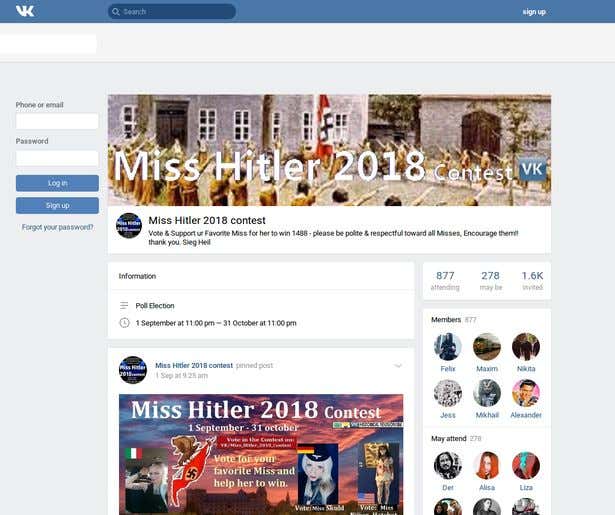 Here are some of the humans we should send into space and leave there to die: 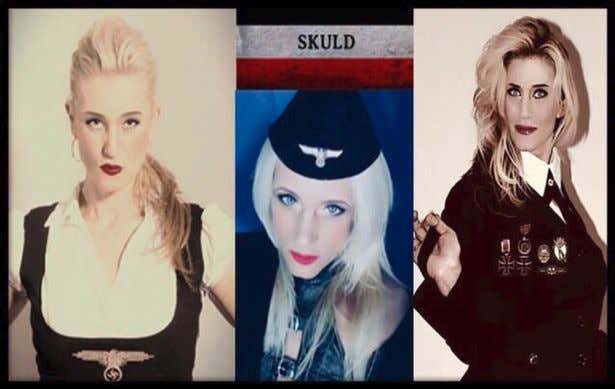 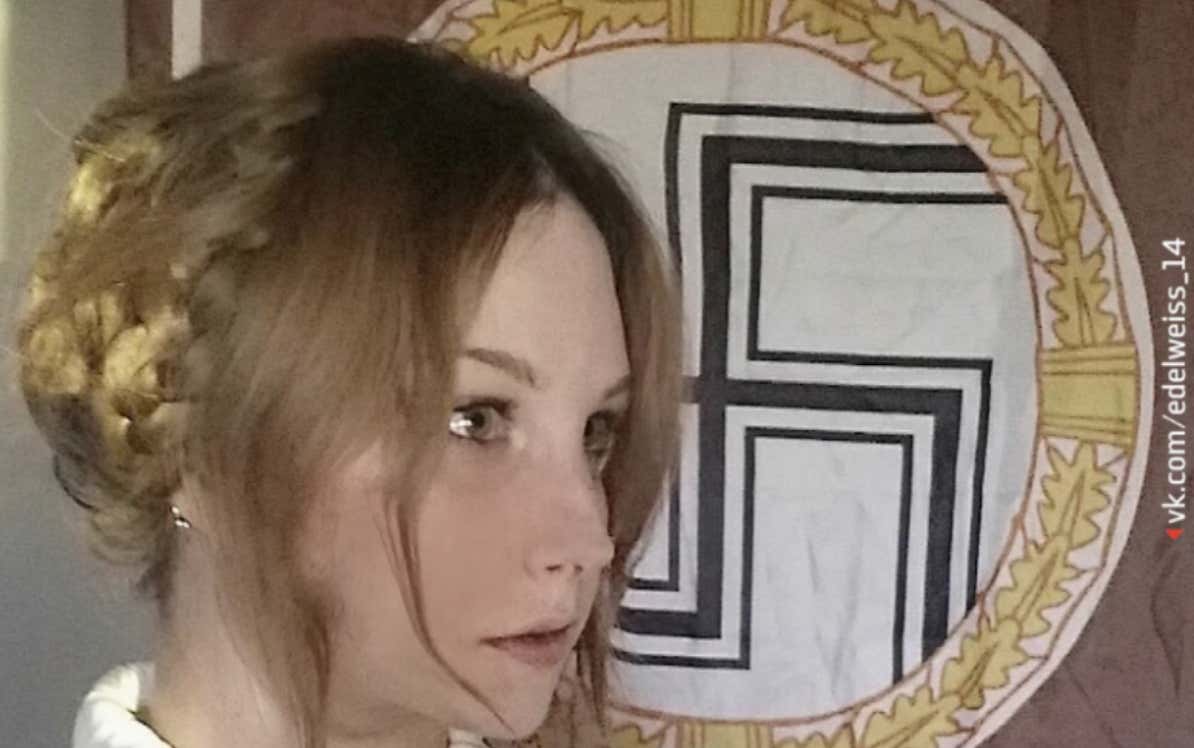 Imagine bringing a girl home from the bar and seeing this tattoo on her back? 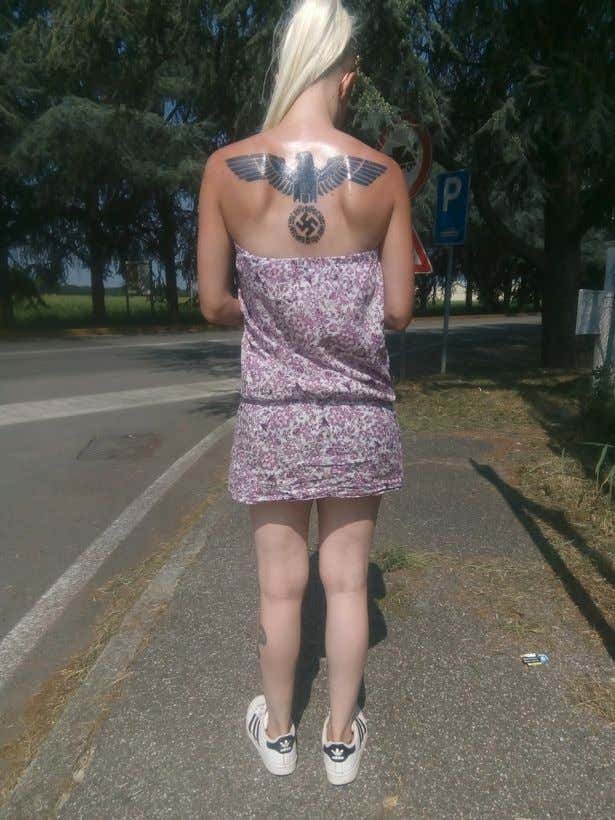 Sometimes there are moments where I believe I understand the internet, but then I find a story like this and I’m humbled with the reminder of just how big and absurd this thing we call the internet is. I mean look at this advertisement for the “pageant:” 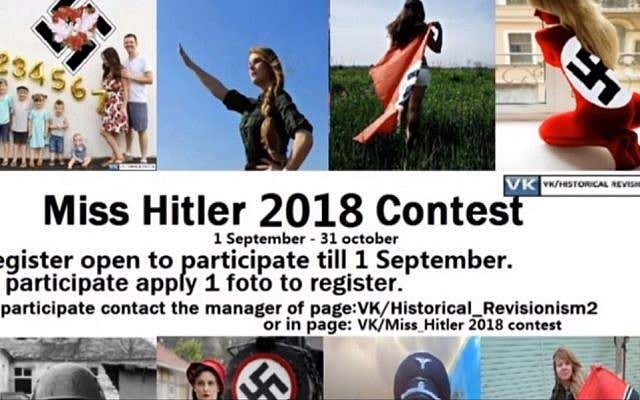 I do have to admit that I was a bit disappointed after seeing a few of the contestants above. I would have thought for sure at least one of them would be rocking a Hitler mustache. I’m sure that gets the neo-nazi’s throughout the world feeling on wet inside.