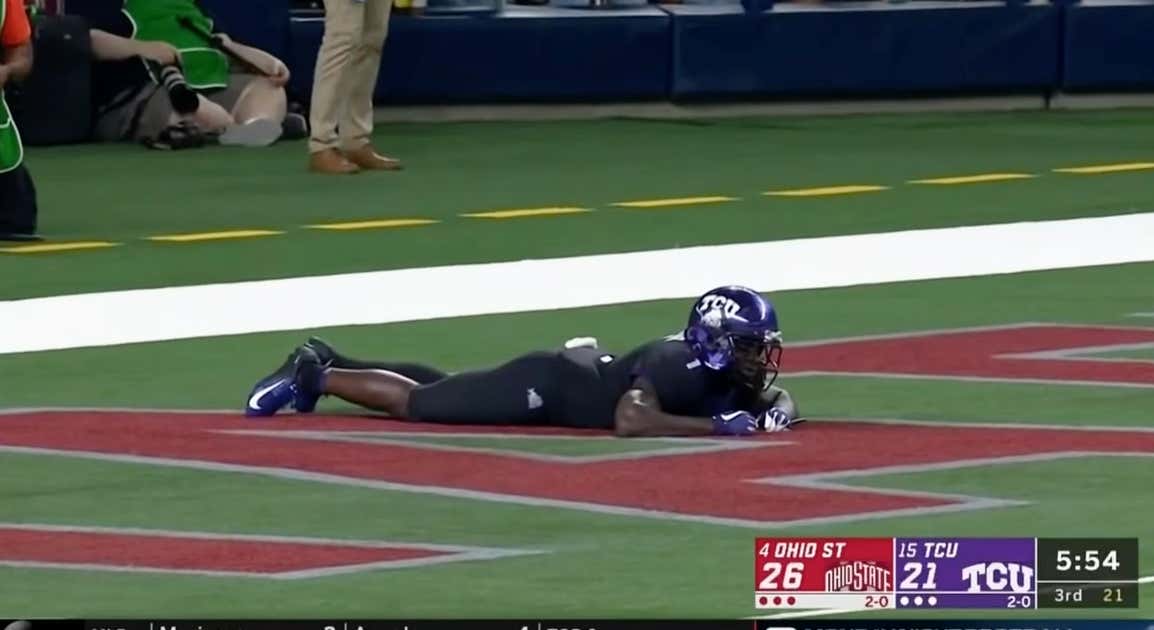 As you all know, Urban Meyer was suspended for the first three weeks of the season. Ryan Day, OSU’s co-offensive coordinator and QB coach, filled in as the acting head coach for their games against Oregon State, Rutgers, and TCU. Turns out being the head coach of a national title contending team is quite the challenge and Ryan Day learned that on Saturday:

The play that lead Ryan Day to believe a TCU player had been shot in the middle of an ABC primetime game happened with 5:54 left in the third:

The man who he thought got shot? Jalen Raegor:

I really wish I could hear these tapes. I’d pay for them. I want to know how serious Ryan Day was when he said Jalen Raegor had been shot.

Now the question is, how would have Urban Meyer responded in the same situation? My guess: he would’ve told his staff to just cover the whole thing up. One less 4-star on the field for the opposition means one less guy to worry about.

Sorry, that was unprovoked.