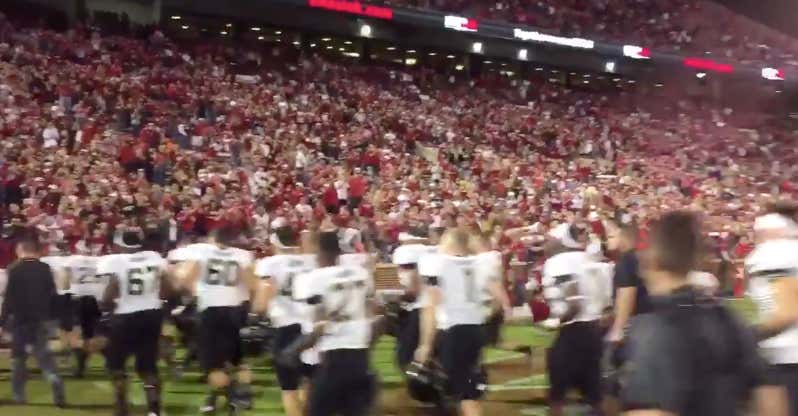 Army took Oklahoma to overtime last night, ultimately losing 28-21. Even though they lost, this game was just another example of why Army is the coolest thing in college football. A squad of 100 players just a few years away from all serving our country went into Oklahoma, a team full of future NFL players, and scared the living daylights out of them.

Here was coach Jeff Monken earlier in the week talking about the importance of winning at Army: