On Sunday the Barstool Sports Advisors hit your televisions and it did not disappoint. There was a fish involved and Stu Feiner is still in recovery from the first two weeks of the NFL. 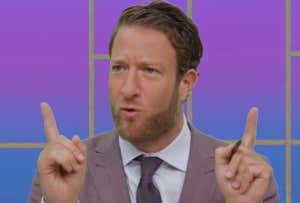 Dave starts out hot with making a pick from a different dimension. As a gamble if you hear this come out of someones mouth, Im taking that pick no matter what. Kansas City was the pick and it was an absolute lock. Mahomes looks like a star that they predicted he would be and Dave is now 1-0 on his picks from a different dimension. After this pick things went south quickly for El Presidente. He went 1-3 from here and his Disrespect Mortal lock of the week was a tough one.He went with his favorite team the Patriots and you can never bet on what your heart wants. The Pats were embarrassed by a bad Detroit team so hopefully Dave can bounce back next week. 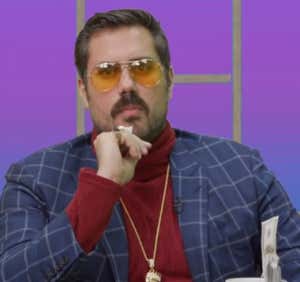 Hate to see it. The tables might be turning as Dan had the most impressive record coming into this week. To his credit, he said “take the chiefs and the over every single week, its like breathing.” He put out an alert to all the viewers and delivered a winner. The rest of the picks went down hill fast. In his defense he said he had no idea what to take in this Broncos vs ravens game and went with the Over. Case Keenum absolutely stinks and the offense wasn’t clicking. The ravens did their part and scored 27 points but the over just missed. Despite Dans record this week, he still has a respectful record. Also Zah throwing a Red Snapper at Big Cat was all time. 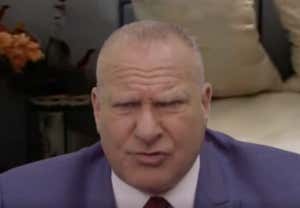 With Dave calling his picks a laughing stock this was a big week for him. His first pick was a tough start with the Falcons -3 as the Saints went into Atlanta and won the game outright. Stu had to be getting nervous because this might have been the worst cold streak in gambling history. My name is the Mush and 1-13 is hard to do. Stu bounced back with the Over in the Rams game. Stu claims on the show his blood pressure is 120/80 and thats just a blatant lie. Losing in gambling and screaming has to put it off the charts. This was a bounce back week for Stu though with the best record out of the 3. It would be an all-time comeback if he crawls out of the hole and gets over .500. Believe in the Source.

All in all it was a tough week for the boys, one winning record and even Brent Musberger lost on the Bears. The NFL slate was tough all around but this show all around is amazing. Make sure to tune in next week at 10:30am to see if they have a turn around week and spit out winners.