This is really one of the wildest videos I’ve ever seen on the internet. Not for the manspreading stuff, I’ve been around the social justice streets of the internet enough to know how big of a “problem” manspreading is. If you need reminding: 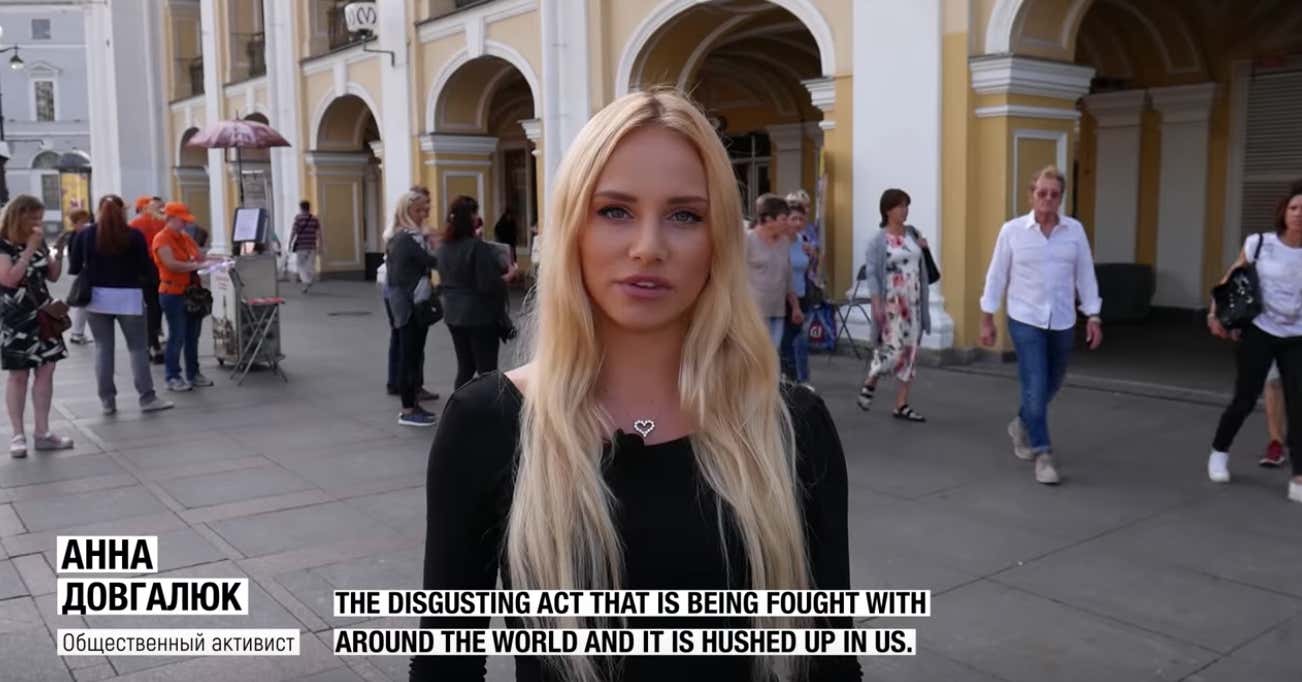 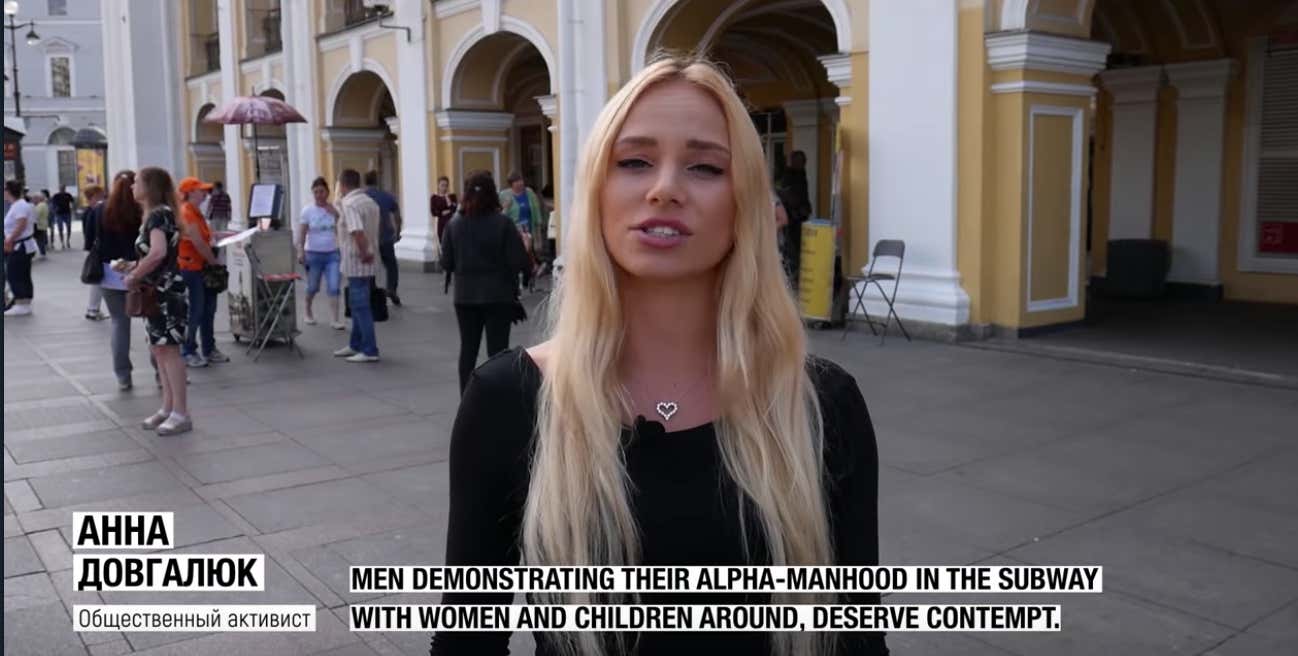 The craziest part of the video is the balls this Anna Dovgalyuk has. We aren’t dealing with Berkley, California here. This is Russia. Gender relations? Not great. The leader of that country? Putin. You know what Putin does when he feels disrespected? He “eliminates” people. I may be overreacting here, but Anna Dovgalyuk is putting her life on the line here. If she has a “heart attack” or “asthma attack” in the next few months, I think we all know what happened.

Anna already has 1.5 million views in a little over 24 hours. Taking a look at her Instagram, it seems she isn’t that difficult to find:

Anna (I feel that every Russian girl with blonde hair is named Anna) has 62,400 followers on Instagram. No way she did this video for the sake of publicity to grow her Instagram page, right? She just deeply feels that those men who manspread deserve to have their crotch bleached, right?! For the sake of social justice!!

P.s. Imagine thinking that one of Russia’s biggest social issue was manspreading.

P.s.s. I should watch my mouth. Putin may get me next.

P.s.s.s. Thought I’d leave without making this joke? Anna can pour bleach on my crotch any day (DISCLAIMER: I have no idea if that is healthy/causes any longterm effects)