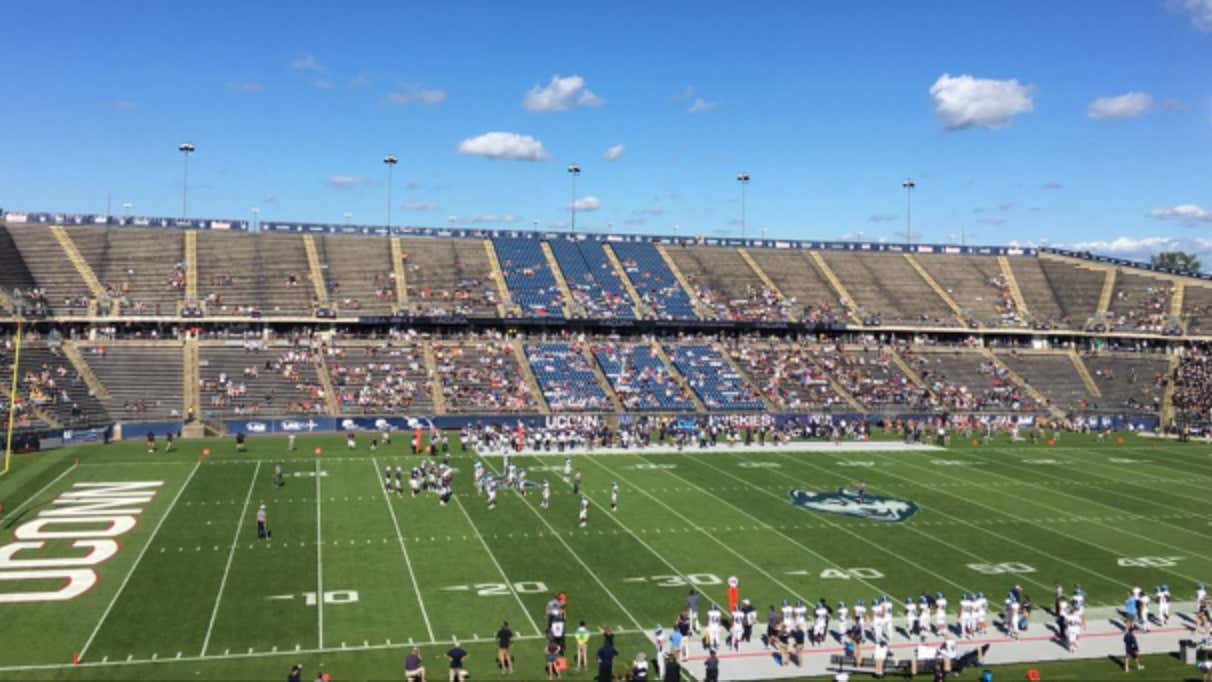 Want to know how much of a mess UConn football is right now?

Of course, UConn women’s basketball is a legendary program, but that is one of the wildest stats these eyes have ever seen.

Randy Edsall, who was brought back to UConn after leaving the program for his “dream job” at Maryland (where he was soon fired), is not handling this whole situation well:

For those of you who can’t listen, Randy Edsall stormed out of his Tuesday press conference after he was asked about Wake Forest firing their defensive coordinator. That question, obviously not that relevant to UConn, was alluding to the fact at how bad UConn’s defense has been. You saw the stat above, but what about some others?

-Success Rate (50 percent of necessary yardage on first down, 70 percent on second down, and 100 percent on third and fourth down.): 60%, dead last.

Here’s a visual representation of their defense:

Yesterday, Randy Edsall responded to his abrupt leaving of the press conference on Tuesday:

Well, Randy…..be careful what you ask for.

UConn has Cincinnati on Saturday at home. They are 17 point underdogs.