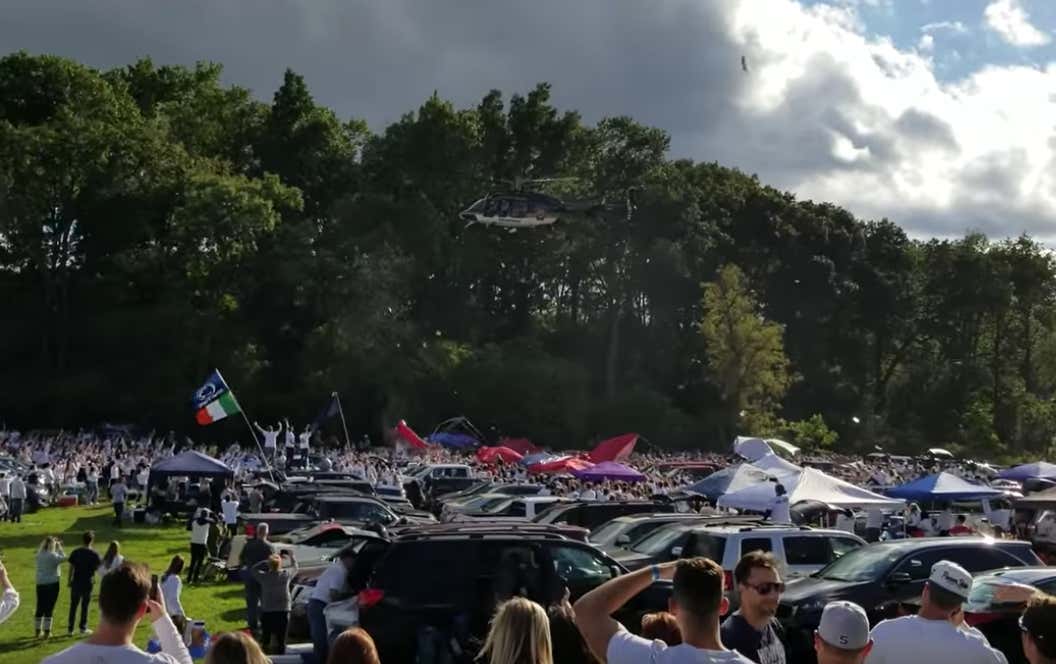 Here is the latest from the Penn State Police Department, which we all know has a squeaky clean history, went full ass hole on Saturday:

Reddit-On Saturday, the Pennsylvania State Police deployed a helicopter to break up a rowdy tailgate. This tailgate is organized by seniors in the Greek life community and can get notoriously rowdy,

I’ve never seen anything like this. What is Happy Valley, a third world country in the middle of a civil war?!?

What did Penn State expect?  No tailgating? For the biggest game at Penn State in years?!? Plus, from the videos, we’ve seen the tailgating scene seemed to be the opposite of rowdy. You know what was rowdy that the Penn State Police Department should’ve split up around a decade ago? The shower…..nevermind.

SOURCE-“We understand concerns have been raised regarding police activity during tailgate celebrations in one lot, in advance of the Penn State vs. Ohio State game on Saturday (Sept. 29). University Police wishes to reassure fans that officers were responding to the circumstances on the ground, which involved numerous law violations, including serious threats to officer safety within a disorderly crowd. Unruly individuals refused to disperse following verbal commands and at least one officer suffered injuries. It is rare to resort to these expanded interventions; however, when all other warnings from the mounted police unit and officers on the ground were ignored, a Pennsylvania State Police helicopter was deployed as another tool to compel the group to disperse and curb dangerous and unruly behavior. Following the use of the helicopter, the dangerous behaviors dissipated.”