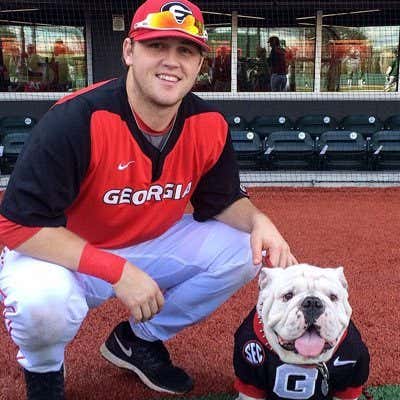 On Monday, Georgia 1B Adam Sasser was put on investigation for alleged racial comments during Georgia’s game on Saturday:

SOURCE-The University of Georgia is currently investigating after first baseman Adam Sasser allegedly made “racially derogatory comments” directed toward a Georgia football player during Saturday’s game between Georgia and Tennessee, according to UGASports.com.

According to a Facebook post, Adam Sasser was not using the best of words to describe QB Justin Fields: 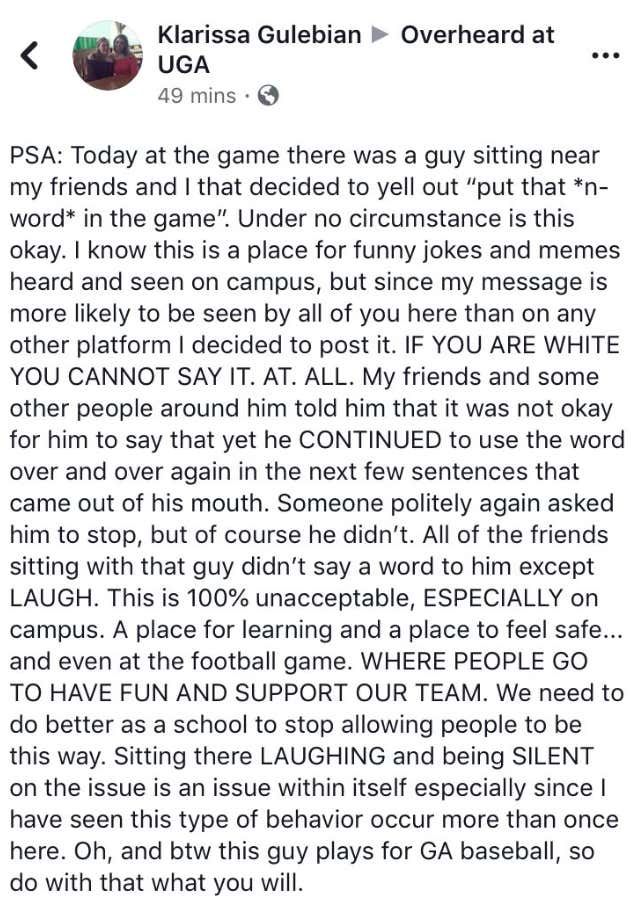 “PSA: Today at the game there was a guy sitting near my friends and I that decided to yell out “put the n-word” in the game.” Under on circumstance is this okay. I know this is a place for funny jokes and memes heard and seen on campus, but since my message is more likely to be seen by all of you here than on any other platform I decided to post it. IF YOU ARE WHITE YOU CANNOT SAY IT. AT. ALL.”

What a bizarre way to express your approval of Justin Fields, the backup for Jake Fromm. If you told me a racial slur was yelled about Justin Fields inside Georgia’s stadium, I wouldn’t have expected it to be about putting him in the game, but out of the game.

Sasser is from Georgia and was a 2nd team All-SEC selection in 2018:

Not a great choice of words from Mr. Sasser.