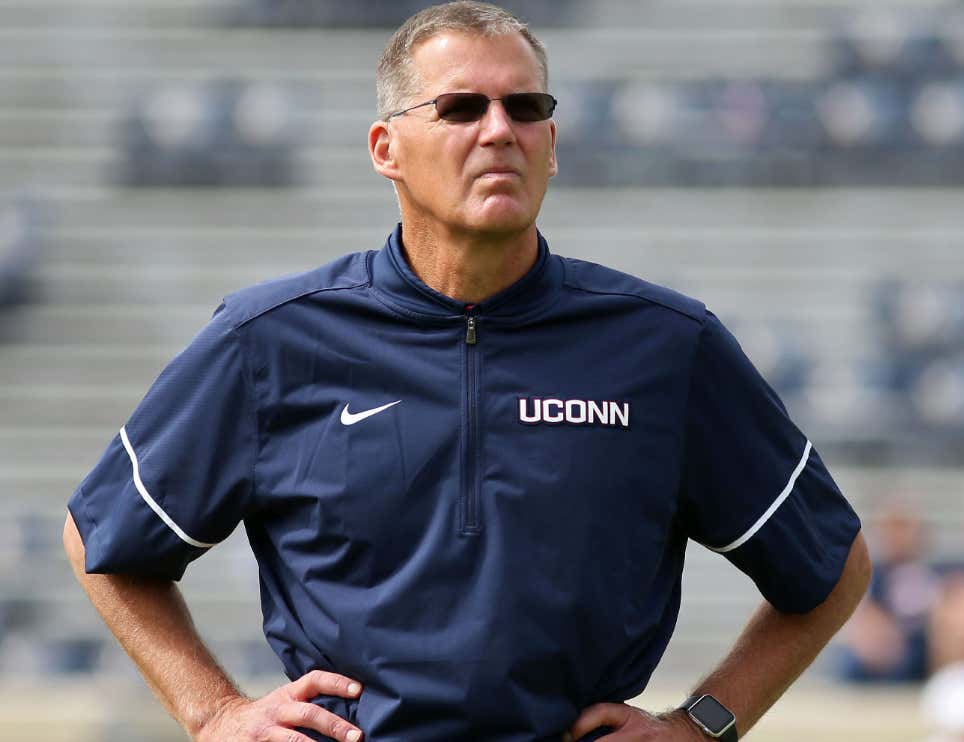 USA Today released their yearly coaches salary database. It’s always interesting to see how much these coaches make as the players they coach aren’t allowed to sign an autograph for $10.

We learned that Jimbo Fisher’s buyout is $68 million and Nick Saban is getting paid 700k more than any other coach in America (worth it).

The most hilarious finding was Randy Edsall’s bonus incentives: 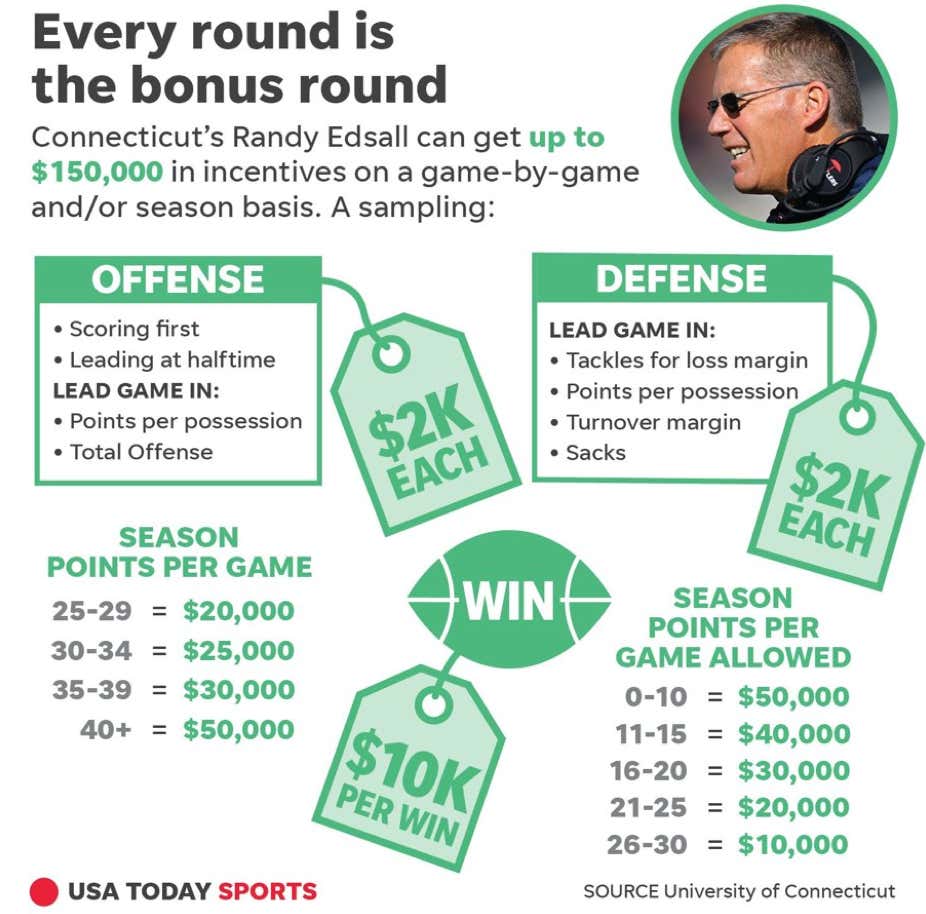 Let’s start with the points per game allowed incentive. You might as well just put that bonus down as $0.00 considering UConn is currently allowing 53.4 points per game.

The offensive portion is also staggering. If you are Randy Edsall and you get $2k for scoring first/leading at halftime, why would you ever defer to the second half if you win the coin toss?!

UConn is currently putting up 21.6 points per game on offense. So, no bonus there either for Randy Edsall.