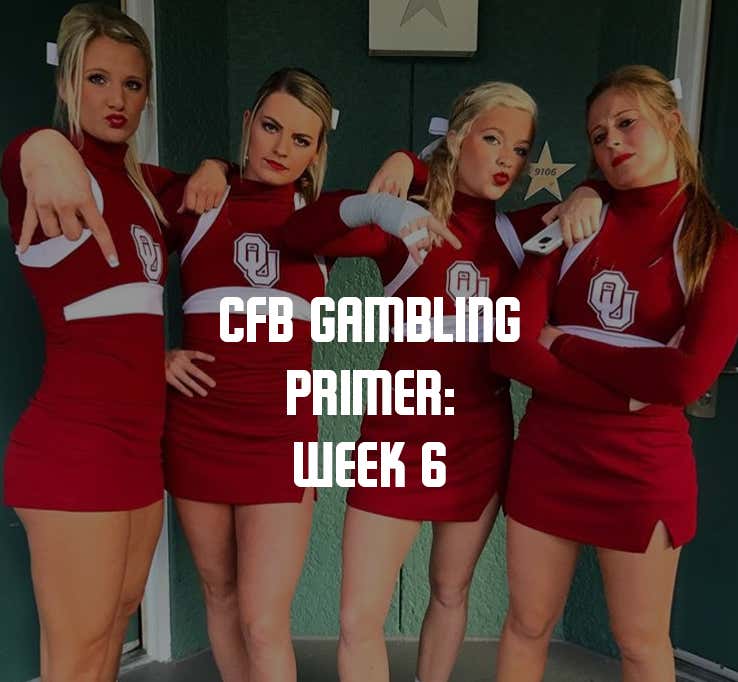 Jack Mac’s Get In The BLACK Picks:

I changed up this article a bit to make it more readable. For each play, I will give bullet points on why I like it, followed by stats backing it up. The stats I use can be defined here. How I see a team winning a football game is simple: control the ball (success rate), combined with explosiveness (IsoPPP), not turning the ball over (expected turnover margin), field position, and scoring when you are inside the opponents 40 (points per scoring opportunity). All of these stats can be translated to defense and specific parts of the game (passing, rushing, 3rd downs, red zone). 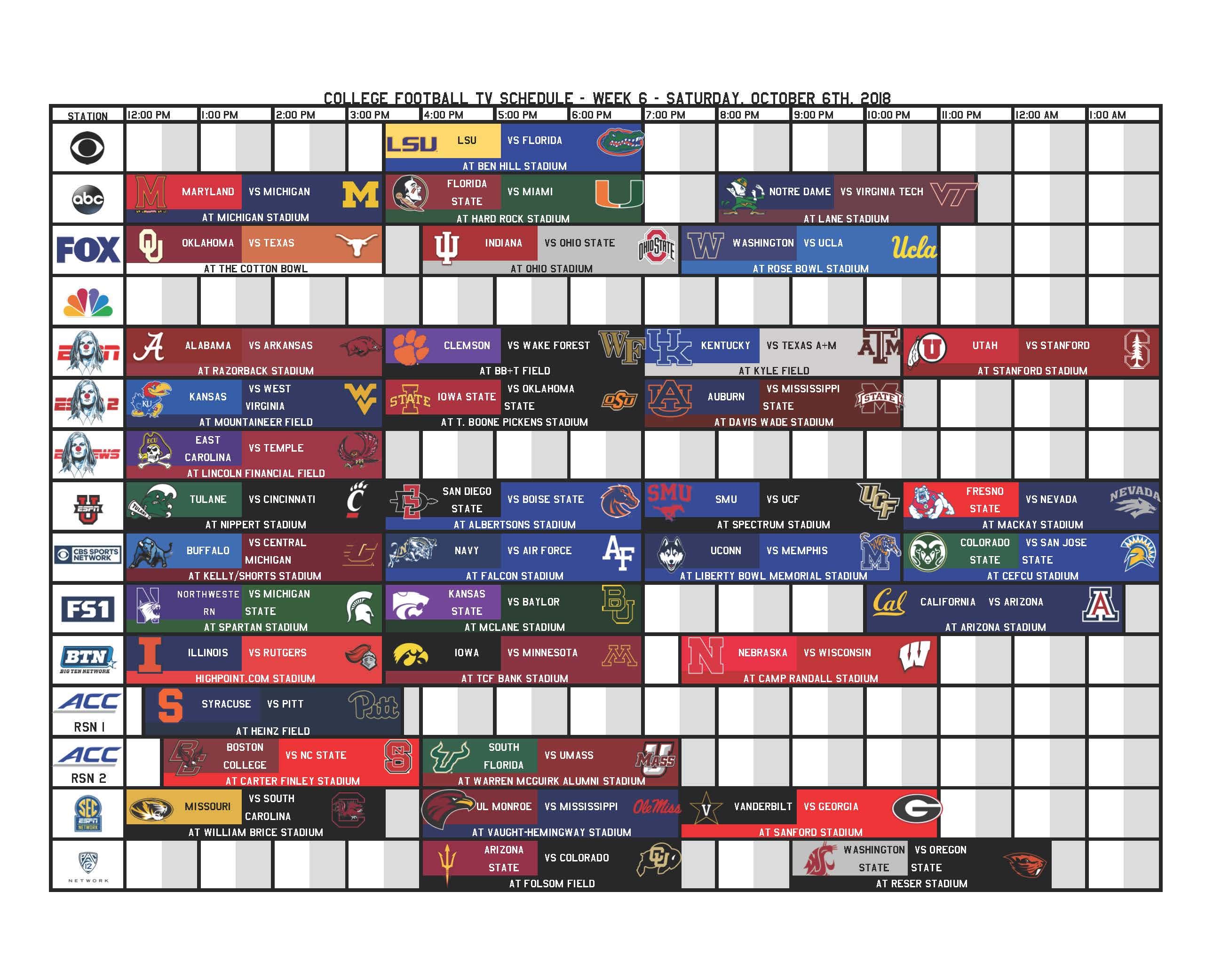 As a head coach, in Tom Herman’s 12 games as an underdog, his team has gone 11-1 ATS, and 8-4 straight up. He beat TCU straight up this year as a 3-point underdog just a couple weeks ago. That’s why I’m going to be kicking myself if I lose this bet on Saturday.

Texas is a good team, but I don’t think they are ready for Kyler Murray. The replacement for Baker Mayfield already has 21 total TD’s and could propel himself to Heisman status with a big game on Saturday. Todd Orlando’s defense is great (10th overall in S&P+, 15th in success rate), I’m just concerned about them defending against explosive plays (83rd in IsoPPP). Oklahoma’s offense is built off of explosive plays and the stats back that up (1st in IsoPPP). The bigger advantage comes in the passing game, where Oklahoma ranks 5th in explosiveness and Texas’ defense ranks 108th. Kyler Murray is going to have a massive day.

Texas will be able to put up points, but this is a much better Oklahoma’s defense (60th in S&P+) than from years past. Texas will hold the edge in efficiency (48th vs. 90th in success rate), but won’t be able to match Oklahoma’s big plays (108th vs. 5th in IsoPPP). I’ve liked what I’ve seen out of Texas’ offense (80th in S&P+) since the Maryland game, but I’m not convinced they’ll be able to keep this game within 10-points.

This is going to be a BATTLE. Florida’s offense against LSU’s defense is pretty much a draw. Florida has a higher success rate (32nd vs. 54th), but LSU will make it difficult for Florida to produce any big plays (61st vs. 7th in IsoPPP).

The biggest edge for Florida will come when LSU has the ball. LSU ranks 75th in success rate, while Florida ranks 10th. When inside the 40-yard-line (a scoring opportunity), Florida is allowing the 2nd least points on average and LSU is scoring just the 50th most. Even in explosive plays allowed, where Florida struggles (58th in IsoPPP), LSU ranks 88th. Florida will get after Joe Burrow (4th in sack rate vs. LSU’s 55th, 21st in havoc rate vs. LSU’s 69th allowed havoc rate). Florida will take care of the ball (16th in expected turnover margin vs. LSU’s 62nd).

I’m taking Florida with the points on Tebow’s Ring Of Honor introduction day:

I don’t know what to do with this game. Virginia Tech looked awful against Old Dominion, but then bounced back on the road against Duke thanks to QB Ryan Willis. Notre Dame QB Ian Book takes Notre Dame’s offense to a new level, but how will he handle his first true road game (Wake Forest doesn’t count) in Blacksburg? My gut tells me Notre Dame, but my brain tells me Virginia Tech, especially considering that they will be honoring Frank Beamer on Saturday night:

Currently, Virginia Tech has the 2nd best special teams in the country. Notre Dame ranks 53rd….wouldn’t it be fitting for them to block a punt to secure an upset on the night the creator of Beamer Ball is in the building?! I’m not going against Beamer Ball this Saturday.

Georgia Tech will dominate the game when they have the ball. Louisville has struggled against the run all season (70th in efficiency, 78th in opportunity rate, 85th in stuff rate, 124th in havoc rate) and will have to prepare for Georgia Tech’s triple-option on a short week that has been dominant all season (2nd in efficiency, 6th in stuff rate, 6th in opportunity rate).

Georgia Tech’s defense leaves a lot to be desired, but Louisville’s offense (112th overall in S&P+) won’t be able to take advantage. Plus, Georgia Tech is coming off an easy win against Bowling Green while Louisville is fresh off a brutal loss to Florida State. Although playing on the road, the situation does favor Georgia Tech.

Cincinnati is one of the most surprising teams of 2018, ranking 52nd in S&P+ and starting the season 5-0. Saturday, they have a great situation against Tulane. Any away game that starts at Noon is a tough one, especially coming off a huge win last Friday against Memphis. It’s going to be tough going from playing on ESPN to playing in front of a dead Cincinnati crowd.

Tulane has been impressive, but Cincinnati’s defense (44th overall, 12th in success rate, 25th in IsoPPP) will be able to shut the Green Wave down. Their rush defense ranks 47th in success rate and will be primed to shut down Tulane’s quasi-triple option attack. Tulane is allowing the 27th most havoc (sacks, TFLs, etc.) in the country on offense, a place Cincinnati ranks 50th and will be able to exploit. My only concern is whether Cincinnati can defend Tulane’s success in finding big plays running the ball (Tulane 23rd in rushing explosiveness vs. Cinci’s 95th).

While Cinci has the ball, they’ll have little issues moving it (18th in success rate vs. 95th). It would be ideal to open up the passing game a bit in this game as Tulane’s defense ranks 118th in passing success rate, while Cinci’s offense ranks 10th.

I fully expect Cinci to move to 6-0 in fashion.

It’s going to be a sleeper in Morgantown on Saturday thanks to a Noon start. West Virginia is coming off one of their biggest wins in the past few years and talks of a playoff run are already surfacing. Who do they have to get up for? Kansas. Gross spot for the Mountaineers.

This is a bet on Kansas defense (51st overall, 19th in success rate). They are also good against the pass (38th in pass defense efficiency). Kansas is taking care of the ball, ranking 25th in expected turnover margin. I think they can keep this one close.

We’ve already gone against the grain by not betting underdog hero Tom Herman, let’s do it again here in Waco, Texas. This Kansas State team may be the worse team in the Big 12 (100th in S&P+, 4 spots behind Kansas!!!!). Although they were blown out by Oklahoma last week, Baylor still has a good team (54th in S&P+).

Baylor will be more efficient overall (27th in success rate vs. KSU defense’s 119th) and kill Kansas State through the air (24th vs. 92nd). As bad as Kansas State is on defense, they are worse on offense (116th overall S&P+, 115th in success rate, 110th in points per scoring opportunity).

This is one of my favorite plays of this young season. Baylor minus the points in a blowout.

If you get off to Big Ten football, this game between Iowa and Minnesota will get you going. I’m smelling a 17-13 final.

Colorado’s defense isn’t too shabby either, ranking 53rd overall. Arizona State loves throwing the ball, but will have issues against a Colorado secondary that ranks 14th in efficiency and 3rd in explosive plays allowed.

Kentucky is more than just a basketball school that went undefeated in September. They are a legit top-25 team that is ready for the spotlight, even though I keep hearing they aren’t. Let’s recap what they’ve done so far:

-In big let down situation, they dominate South Carolina

I’m not sure what points to this team not being “ready.”

This game against A&M will be a test, but they will be ready for it. Their defense ranks 3rd in S&P+ and will be able to slow down Kellen Mond and the rest of the A&M offense. As we all know, Kentucky loves running the ball and will face a tough A&M defense that ranks 7th in rushing efficiency. A&M’s issue is they allow the most explosive plays in the country, including against the run (109th in nation), a place where Kentucky excels (19th in nation).

Kentucky takes care of the ball better than A&M too (9th vs. 81st in expected turnover margin).

Neither of these teams are definitively better than the other. I’m going to take the underdog who still feels they are up against the world.

**whispers** Take the under when two service academies go up against each other and you’ll be rich (hopefully).

Since 2010, when two service academies go up against each other, the under is 20-4. I see this happening again on Saturday between Navy and Air Force. Both these triple-option offenses love to run the ball, but the defenses they are going up against? They love to stop the run. Navy’s defense ranks 36th in rushing efficiency, while Air Force’s defense ranks 11th in rushing efficiency. Plus, these defenses go up against the triple-option non-stop. They know how to defend it, which is why that 20-4 under statistic is meaningful.

Hawaii struggled last week against San Jose State, but it was understandable considering the travel situation. They went from Hawaii to Army back to Hawaii and then to San Jose State. That’s a lot of travel for a young team. Now they are back home with a favorable matchup.

Hawaii will do what they please through the air. Wyoming’s offense (90th S&P+) will struggle to take advantage of Hawaii’s below average defense (124th S&P+). The place Hawaii struggles the most in is defending against explosive plays (120th in IsoPPP), but Wyoming’s lack of an explosive offense (115h) is good news for Hawaii.

The last time Wyoming went to Hawaii was in 2014. The players on this roster will struggle with the time difference and knowing how to handle a trip to Hawaii (it feels like a vacation, but it’s not).