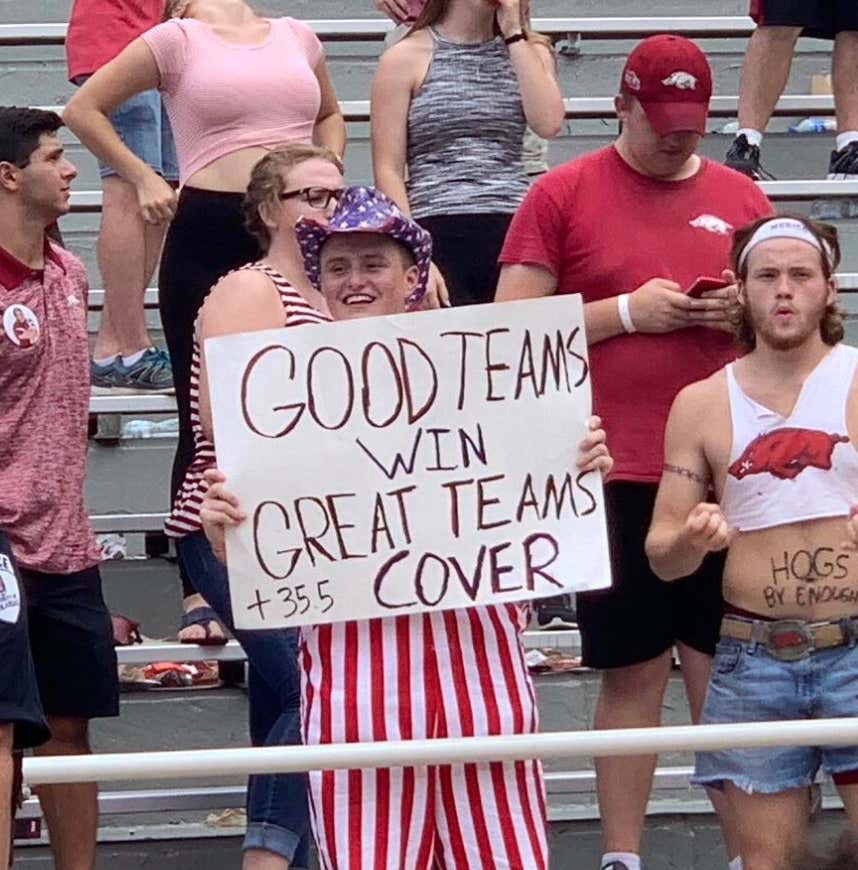 Something absurd has to happen for an over to make the top spot on this blog. Here was the situation:

-Broncos have the ball on the Jets 3-yard-line. 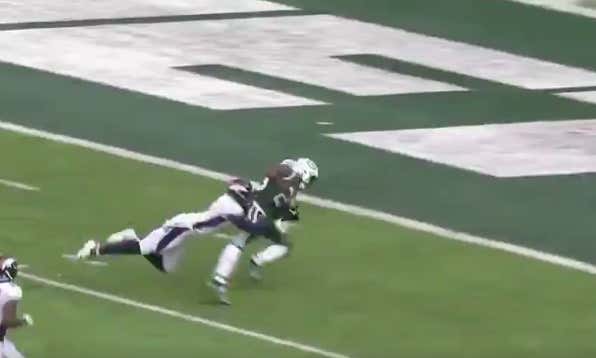 To make things worse, WR Hunter Renfrow (who has been in college for 100 years) was in at QB for this play and of course, the ass hole led block: 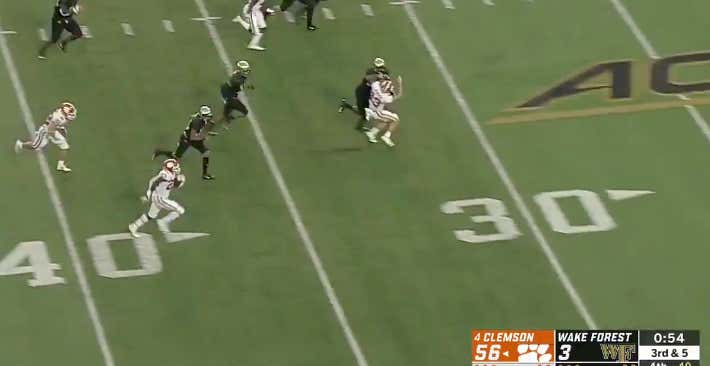 Heading into the fourth, the Dolphins were up 17-3. Then Ryan Tannehill happened:

Arkansas then punched it in with 13 seconds left to secure the cover by 0.5 points.

P.s. An Alabama kicker missed an extra point in the second.

After a field goal with 3:23 left in the second, Notre Dame was up 10-9 on Virginia Tech. The first half under looked good. It was a certifiable lock with 2:30 when Notre Dame punted the ball away to Virginia Tech. As you could guess, that didn’t last:

17-9…still under. Virginia Tech soon went on a 52 second drive to score before the half. 17-16. Over. MOOOOOOOOOOOOSE!

Pick sixes and bad beats on unders go together like America and apple pie:

Doesn’t this ass hole know the total? GO OUT OF BOUNDS!!!!!

JUST GO INTO THE BACK OF THE ENDZONE!!!!!

If you bet on UC Davis you most likely have a massive gambling problem (please get help), but this needed to be included. With 9:00 left in the 4th, UC Davis was up 49-10……39 points!!!!! And it all came crashing down: