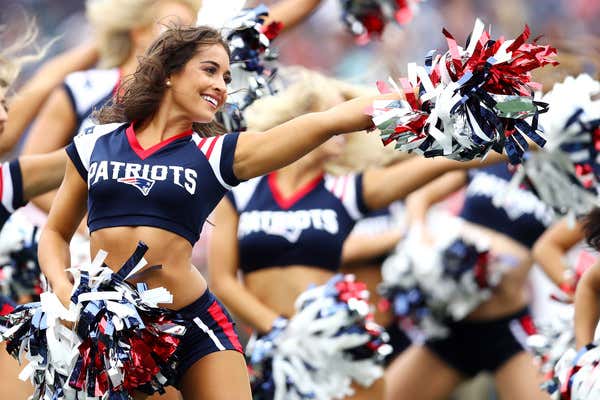 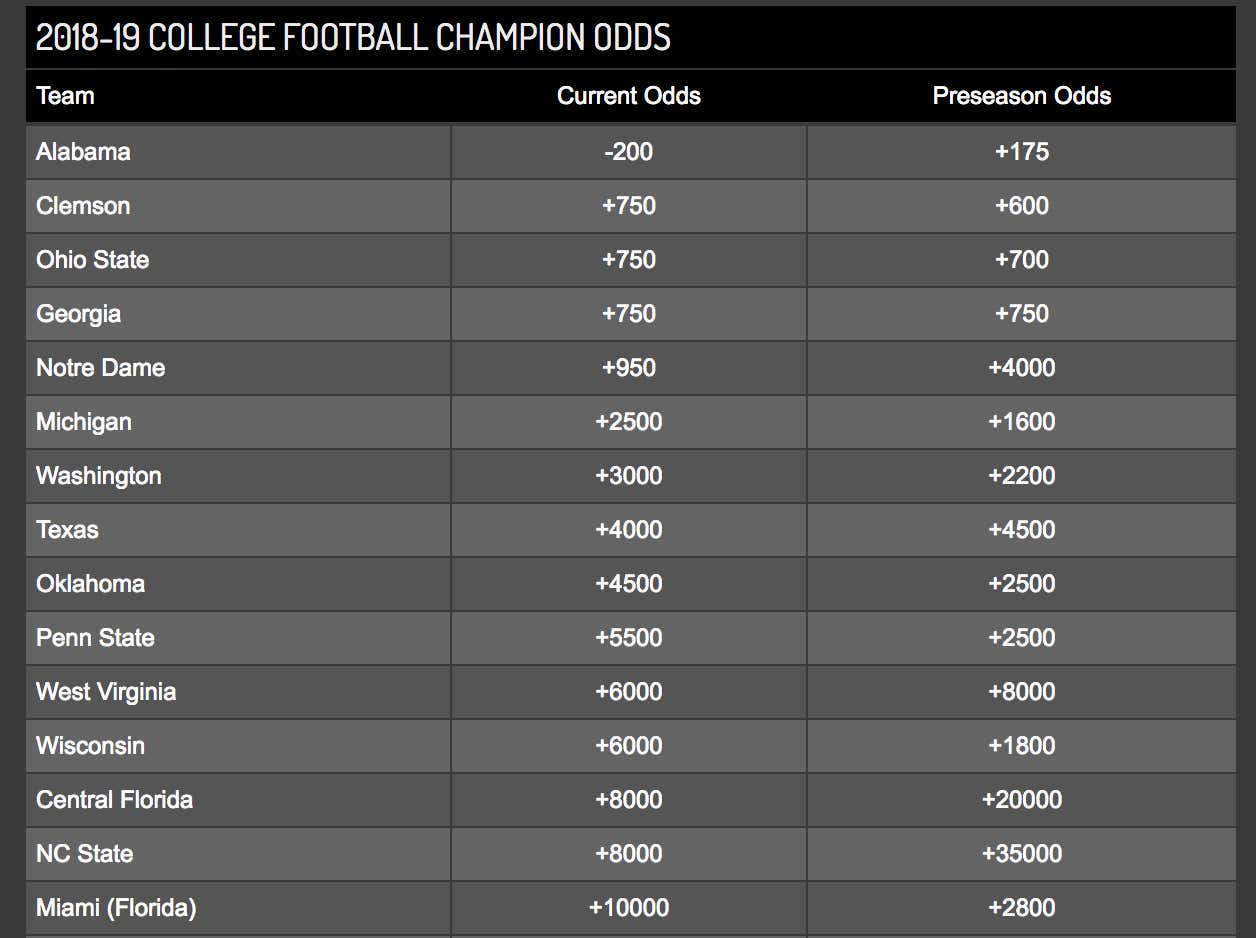 Notre Dame 15/1 —> +950: After passing the Enter Sandman test at Virginia Tech, Notre Dame looks to be a serious CFP contender.

Texas 85/1 —-> 40/1: Although the victory against Oklahoma was big, but Texas could win out and not make the playoff. That loss to Maryland will continue to haunt them

Clemson & Ohio State +550 —> +750: This has more to do with Alabama being so good. Taking either of these two has serious value. Alabama still has to play somebody in the CFP championship and they aren’t going to be -500 favorites. 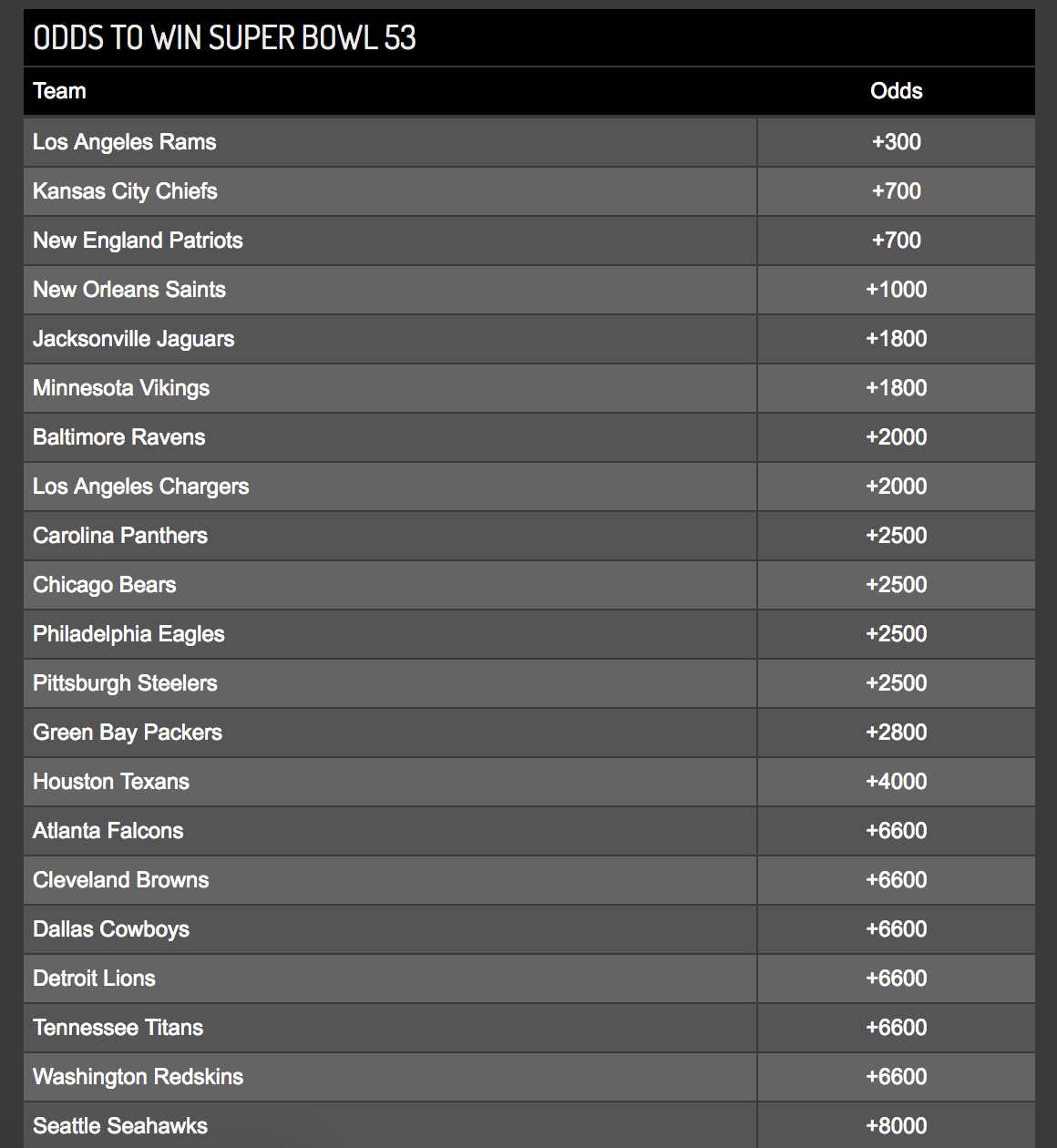 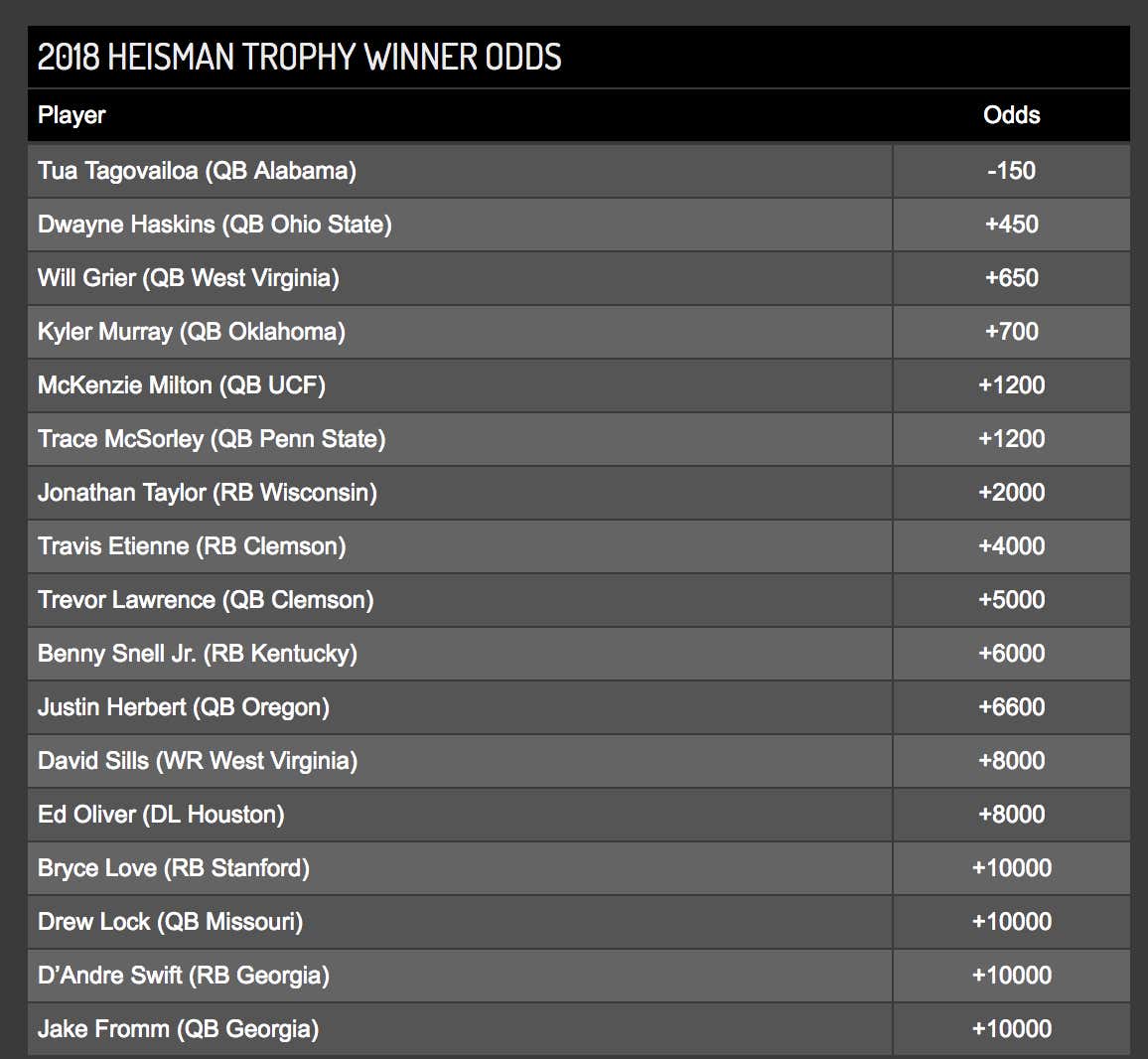 This is a race between Tua and Dwayne Haskins. If Will Grier gets hot I guess he’ll have a say but West Virginia will have to be in the playoff for that to happen.

This is Mahomes award to lose. Jared Goff is in striking distance. So is Drew Brees, who will break the passing record and throw for his 500th passing TD in the same year.