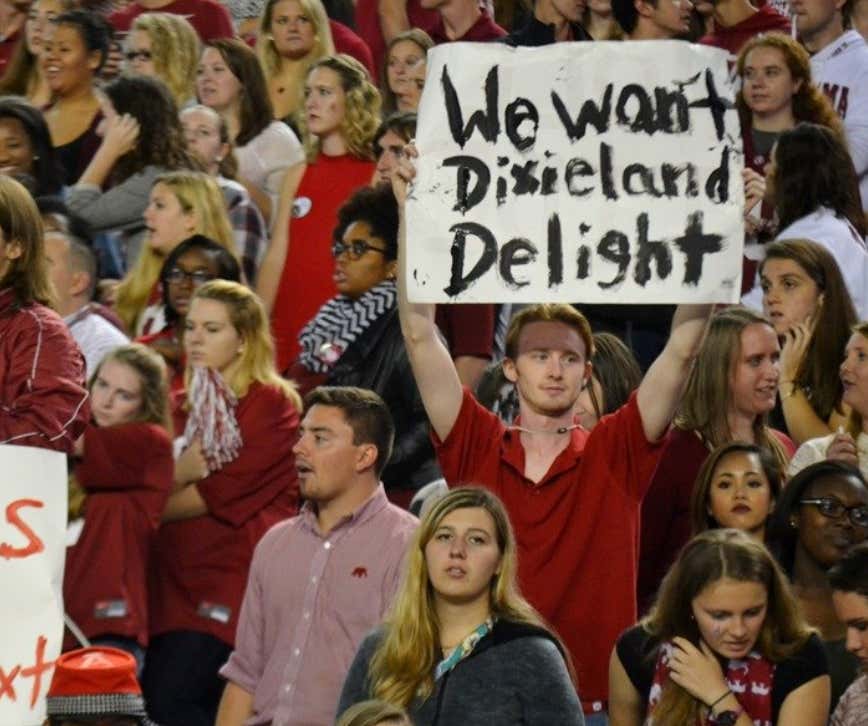 Traditions in college football have been getting killed off for a few years now in the name of PC. Some have made sense such as Ole Miss moving on from Dixie, the anthem of the Confederate States of America. Other’s have not made much sense, such as Alabama banning Dixieland Delight. The good news? It’s back this weekend.

For those unaware, Dixieland Delight is an iconic song by the band Alabama. Crimson Tide fans give their own interpretation of it during the hook:

Spend my dollar (ON BEER)

Parked in a holler ‘neath the mountain moonlight (ROLL TIDE)

Hold her uptight (AGAINST THE WALL)

Make a little lovin’ (ALL NIGHT)

Fits my life (AND LSU)

Oh so right (AND TENNESSEE TOO)

This weekend Alabama has a chance to bring back the song that was played in their stadium for so long. Greg Byrne, Alabama AD, has started the #DixielandDoneRight campaign to have the fans not swear during the hook of the song. If the fans of Alabama listen to their teacher, Mr. Byrne, they’ll be able to keep the song for the rest of the season. If not, they’ll go back into timeout!

What’s next for iconic songs brought back? You know what I’m going to say……