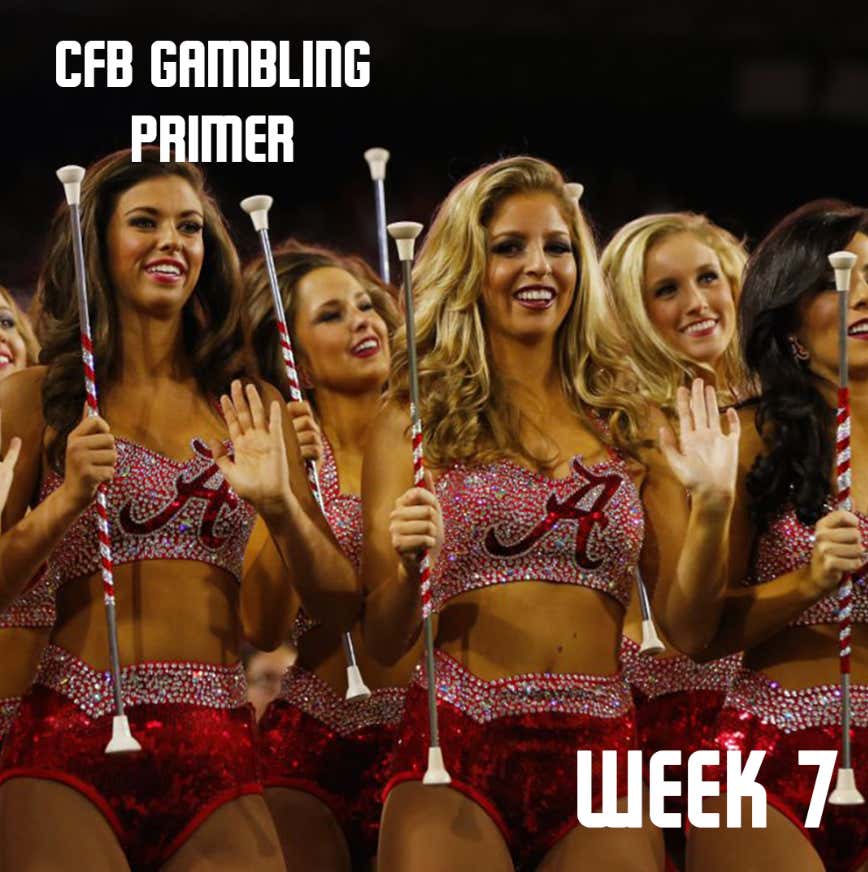 Back above .500. Still not above that 52.4% that is required for profit. Let’s keep it rolling this week #TrustTheProcess. 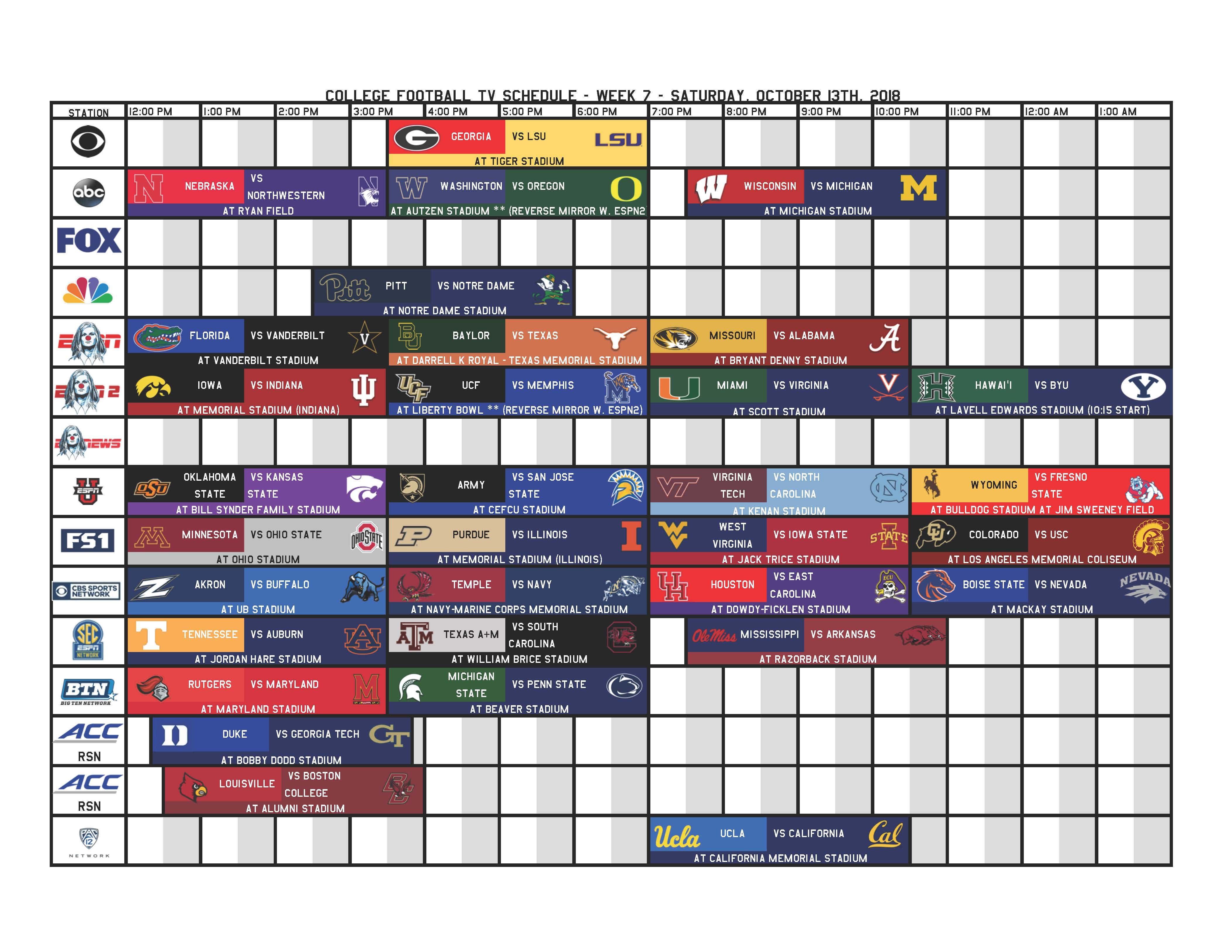 Everything Wisconsin does well, Michigan will offset with their 2nd ranked S&P+ defense. Rushing statistics:

Wisconsin’s defense hasn’t been great either, ranking 55th in S&P+. I see this being as a breakout game for Shea Patterson, who is leading a passing offense that ranks 12th in efficiency and will be going up against a Wisco defense that ranks 74th.

Michigan ranks 5th in adjusted sack rate, while Wisconsin’s OL ranks 72nd. 9 points is a lot, so let’s tease these bad boys down with Florida.

This is a huge letdown spot for Florida, but I still think there is value here in Florida. In every part of this matchup, Florida holds an advantage.

I could go on and on. Florida is hot. Yes, they are off a huge win, but this is not a program that isn’t used to winning big games. Dan Mullen will have the GATORS ready. 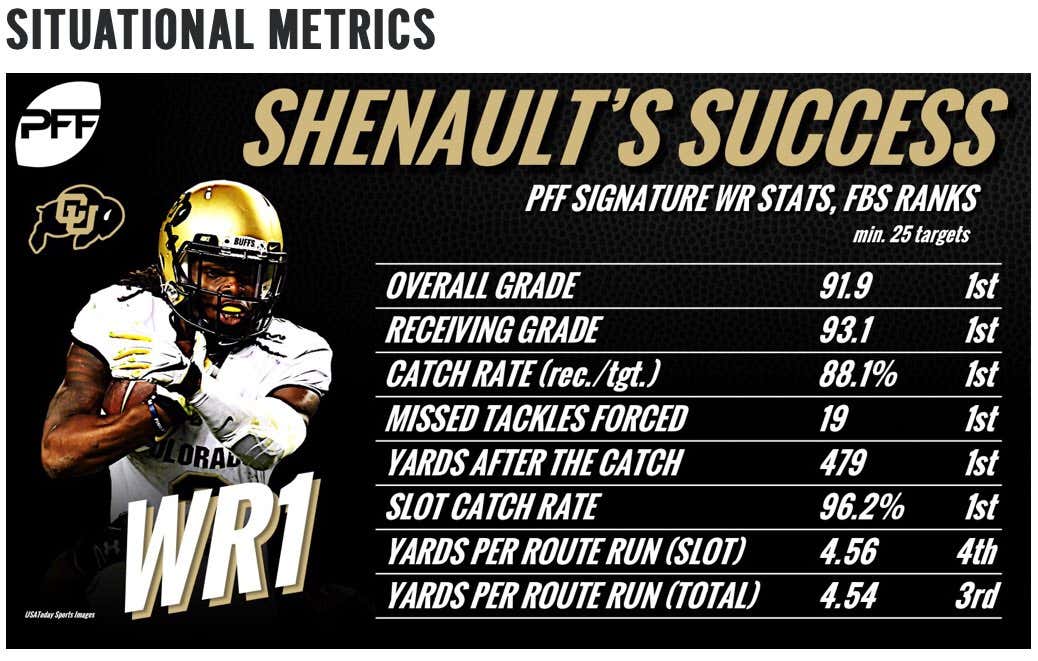 Last week was the second straight week we cashed a ticket courtesy of the Buffs. Let’s go back to the watering well this week.

Although USC has shown improvement they aren’t particularly good at anything on offense (74th in rushing efficiency and 63rd in passing efficiency). Their 60th S&P+ ranked offense won’t be able to dominate a Colorado defense that ranks 58th. The biggest advantage will come rushing the passer, where Colorado ranks 26th in adjusted sack rate (USC OL ranks 69th). USC is allowing the 9th most havoc (TFL, forced fumbles, passes defended) and Colorado is causing the 49th most havoc in America.

Colorado’s loves passing the ball (16th in passing efficiency) and will be able to do so against USC (48th in passing efficiency). I also expect Colorado to produce a few big plays (39th in IsoPPP) against a USC defense allowing the 30th most explosive plays in the country. Look out for Laviska Shenault, the GOD (10 TDs in 2018):

On top of everything else, Colorado holds the edge in expected turnover margin (48 vs. 106).

You’ll probably be tuned into Georgia-LSU, but this one is going to be a fun shootout if you have a second screen to watch a game on.

Memphis has a serious weapon in RB Darrell Henderson, who can break a long run in a moments notice. UCF is defending against explosive run plays at a top-20 rate. There is concern regarding their overall rushing defense (56th in rushing efficiency). Memphis will have a good day on the ground, but I see UCF preventing too many explosive runs (13th in overall IsoPPP on defense), which Memphis will need to stick around against UCF’s offense.

UCF’s top 10 offense is going to get what they want against Memphis defense (83rd in S&P+). Their success rate ranks 11th, while Memphis ranks 56th. They are scoring the most points inside the 40, while Memphis is allowing the 17th most. McKenzie Milton will have a phenomenal day with his pass offense (19th in efficiency, 26th in explosiveness) against Memphis’ lackluster pass defense (8th in efficiency and 44th in explosiveness).

Drew Lock is one of the best QBs in the nation*

*Against defenses that don’t rank inside the top 40. Here are his stats in 7 games against teams in the S&P+ 40 in his past 15 games.

Here are his overall stats:

As you can see, he pads them against bad teams. This weekend he is going up against an Alabama defense that ranks 18th overall in S&P+ defense, but 4th in passing efficiency and 39th against explosiveness. Lock will be without his top 2 WRs on Saturday (Nate Brown and Emmanuel Hall). Gooooooood luck, Drew.

I don’t have to tell you how good Tua is. Missouri’s pass defense? 106th in efficiency and 115th in explosiveness.

Alabama hasn’t punted since September 22nd. They could not punt against on Saturday. It’s homecoming. They’ll be playing Dixieland Delight for the first time in years. Alabama by 35+.

Dixieland Delight Is Back Game Of The Month: Alabama -27.5

I’m not the biggest trends guy, but Miami (FL) being 1-4 ATS in the past 5 years following their game against Florida State is telling. Miami-FSU is always an emotional game and getting up for the next game is incredibly difficult. I like this spot even better considering you have a Miami team going on the road for a primetime game against an upstart Virginia team with a great defense. That’s not even mentioning this is redshirt freshman Nkosi Perry first start on the road and the emotional game Miami had last week against the Noles.

Virginia will attack Nksoi Perry (55th in adjusted sack rate vs. Miami OL’s 103rd). Miami is allowing the 88th in havoc rate allowed, while Virginia is causing the 10th most havoc in the country. Miami loves to run the ball but isn’t doing it to much success (75th in efficiency), while Virginia ranks 30th in defensive rushing efficiency.

I am a bit concerned about Miami’s defense that causes the most havoc in the country and ranks 4th in adjusted sack rate. However, elusive Bryce Perkins levels my concerns a bit considering his mobility:

Virginia holds the edge in the explosive battle while on offense (18th in IsoPPP vs. 91st). I see Virginia being a live dog here.

Texas A&M’s biggest weakness on defense is how susceptible they are to big plays (128th in explosive plays allowed). South Carolina won’t be able to take advantage of that (110th in explosive plays on offense). Outside of their struggle against allowing big plays, Texas A&M has a phenomenal defense that ranks 23rd in defensive S&P+. They rank 17th in havoc, SC ranks 102nd in havoc rate allowed.

A&M be able to move the ball on offense (31st in success rate vs. SC’s 98th), specifically running the rock (13th in rushing efficiency vs. 106th). They’ll also have an advantage when they drop back to pass (27th vs. 78th in passing efficiency).

Texas A&M is a very young team, but a talented one nonetheless. This will be Jimbo’s first true road test and I think his team will pass in flying colors coming off a good win against Kentucky.

I want to ride this Hawaii Rainbow until I’m kicked off. BYU is starting a freshman QB and Hawaii’s defense has shown signs of improvement (40th in success rate). Hawaii’s biggest strength is against the run (18th in efficiency), BYU’s biggest strength. Hawaii’s weakness on defense is allowing explosive plays (112th in IsoPPP), but BYU won’t be able to take advantage of that (126th in IsoPPP).

This bet is more on Hawaii’s offense and Cole McDonald. The electric Hawaii QB was out last week, but will be ready for this game. He leads an offense that ranks in the top 15 in success rate, while BYU ranks 104th.

11 points is too much. BYU is still being overvalued thanks to their victory against Wisconsin. Give me the Rainbow Warriors.

Riding The Rainbow Play Of The Week: Hawaii +11.5