At the end of the day, I think we are all a little scared of death. That’s not that hot of a take, but I’ll die on that hill (get it). I know there are those assholes out there who pander to make it seem like they aren’t afraid of dying, but you can put “everybody dies, but not everybody lives” in your Instagram captions all you want, but I’m not going to believe you. When I think about death (this is getting dark, stay with me), I want to go out in style. I’m not going to have a cool death or anything like that, but maybe I can do something like this Bills fan:

SOURCE-A long-suffering Buffalo Bills fan delivered his parting shot at the long-beleaguered squad — requesting six players from the team to serve as his pallbearers so they could “let him down one last time.”

The posthumous dig was penned in Lee C. Merkel’s obituary following his passing Oct. 7 at the age of 83.

First off, RIP to Lee C. Merkel. I hope your life was as epic as this request: 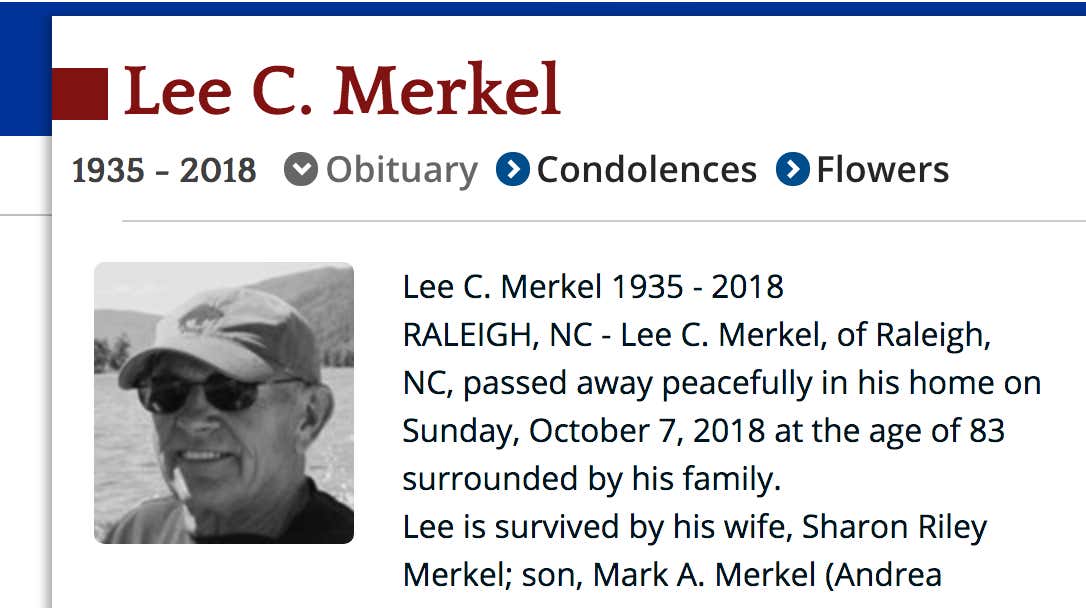 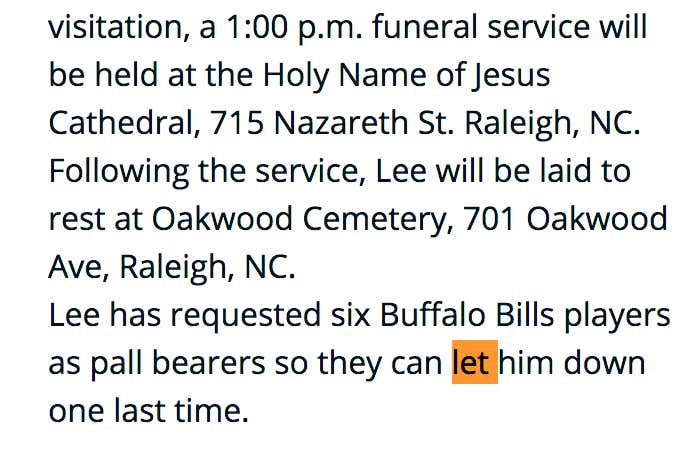 As a Jets, Mets, and Knicks fan, I feel this on a spiritual level. I don’t plan on dying on anytime soon, but once I do, I think I’ll be making a similar request. I hope I don’t live through the same sports fandom misery that Lee C. Merkel sustained.

At least he died with Josh Allen as his QB….right?!

P.s. Just a tough time to be the Buffalo Bills….even dead people are trolling you.