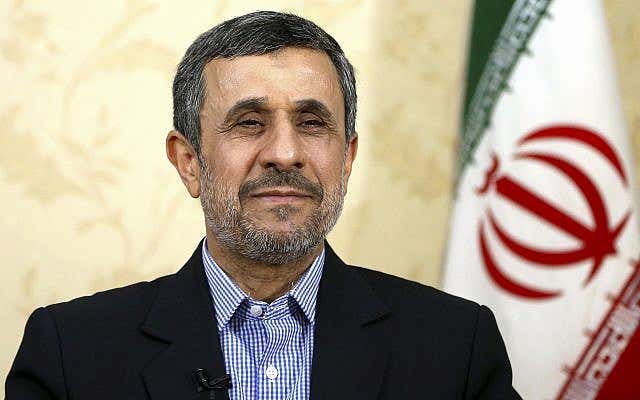 It’s a rare year when Michigan football isn’t a part of multiple college football storylines. The Wolverines may not have won a national championship since the 20th century, but when Michigan is hot, the country takes notice. Everybody has their opinion on the Michigan Wolverines, even ex-Iran president Mahmoud Ahmadinejad:

Why is Mahmoud Ahmadinejad tweeting about Michigan football? Who knows. It’s a wild, wild world out there that I don’t understand. What is the political implication of this? That’s not my job either. The timing of his tweet was bizarre but hilarious. On September 3rd, Ahmadinejad tweeted this out:

Maybe the ex-Iranian president should look himself and the country he ran in the mirror before complaining about the Kaepernick situation. Anyways, a random person responded to that tweet and asked about Michigan football:

This was all on September 3rd. Somehow, someway, of the almost 10,000 replies, a month-plus later, Ahmadinejad picked out this tweet to reply to. What a weird, weird interaction. Anyways, it’s good to know that Ahmadinejad believes Michigan will return to it’s glory days sooner than later.