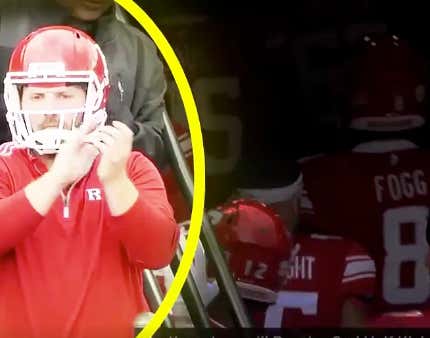 It’s hard to put into words how bad Rutgers is. The Scarlet Knights dropped to 1-7 on the season after their loss to Northwestern today. It’s almost impressive how bad they are, but not as impressive as this fella in the stands:

Not only are you one of the few in the stands:

But you bring out the helmet for your 1-7 team: 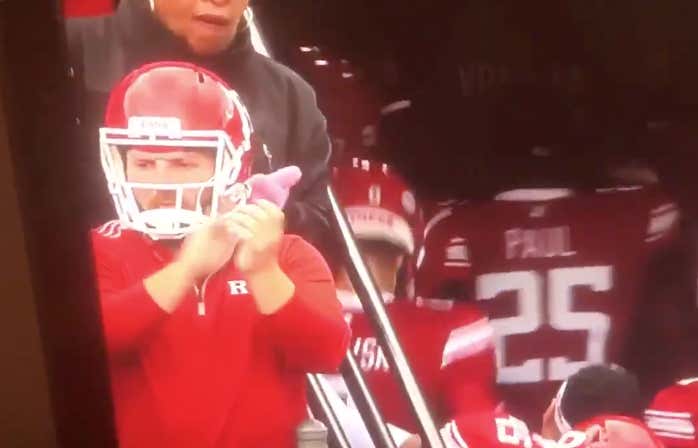 I would say this fella is one of the best fans in America. It’s easy to be an Alabama superfan, but being a Rutgers superfan? Now that tests the true fortitude of a man. Not many can survive one season as a Rutgers fan. Not this guy. Respect.